In North America, Ingersoll sold its 1950s Snow White wristwatch through their brand, U.S. Time (see next post). In the United Kingdom, it was issued under the Timex name. The graphic design was near identical except for Snow White's dress colors. Note in this UK version, her iconic yellow dress has been changed to a light blue. 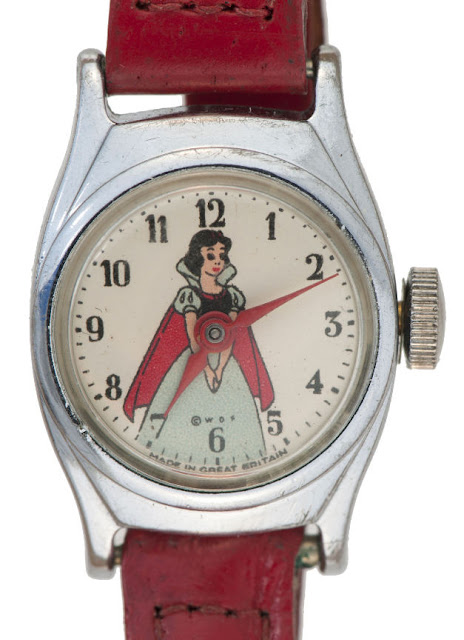 There are at least three different known box designs in which the watch was issued in. All are marked with a "Disneyland" logo. This one below dates from circa 1956. 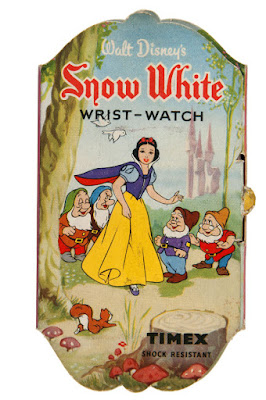 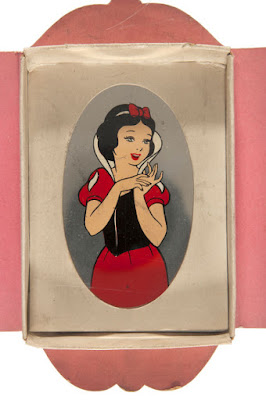 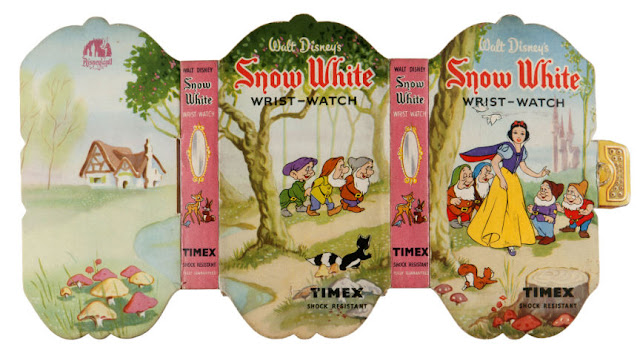 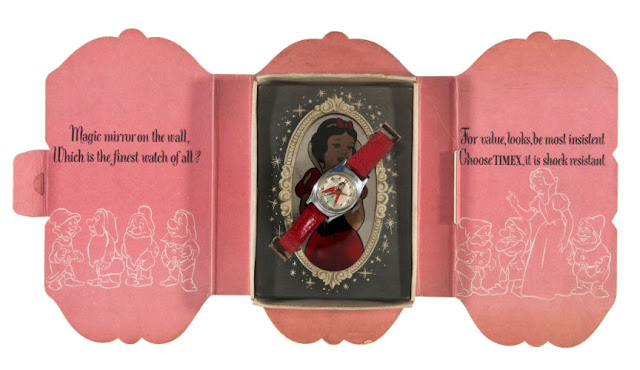 Images via Hakes.
Posted by Snow White Archive at 12:01 AM