The original Snow White graphic from the 1947 Ingersoll-U.S. Time wristwatch (earlier post) was redesigned circa 1953. She wears her iconic blue bodice, yellow skirt and red cape. This new watch was repackaged and sold in a variety of ways for over a decade. Here it is shown in an oval box, which also included a plastic "Magic Mirror" insert with an easel back. Chrome-luster watch case. Red cloth band. Manual wind. Original retail $6.95. 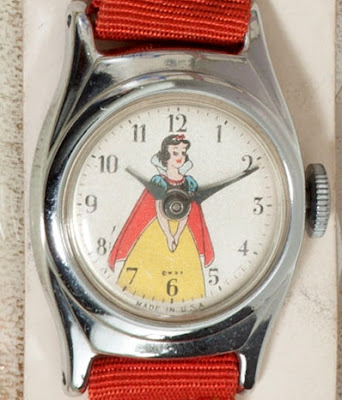 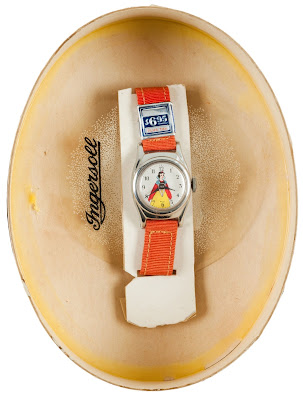 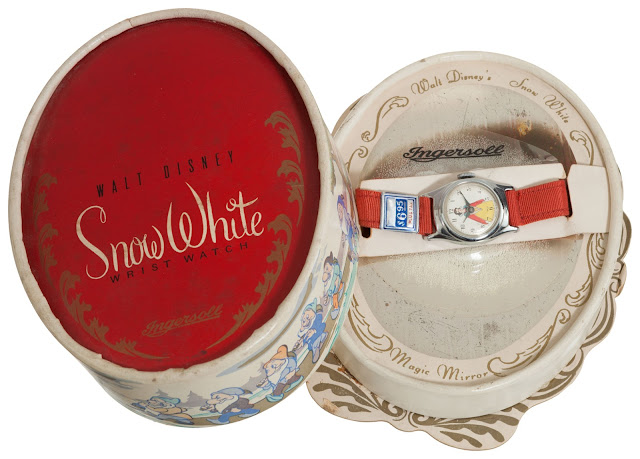 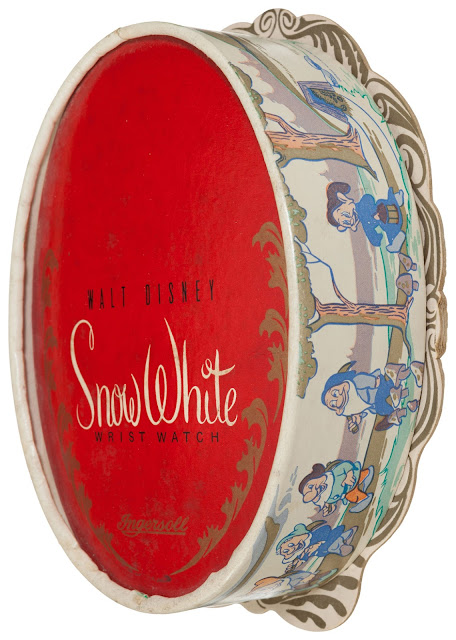 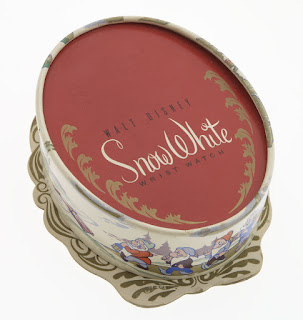 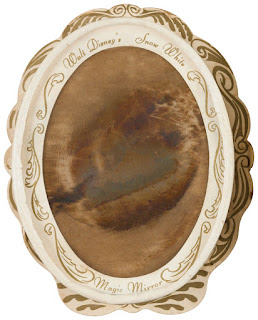 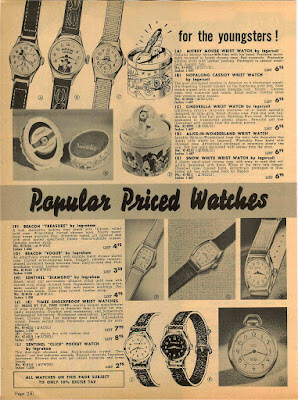 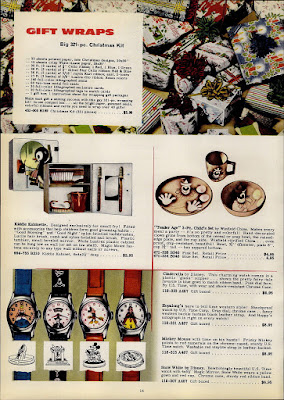 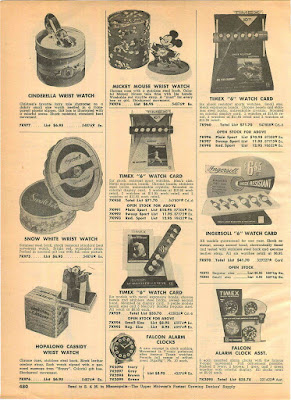 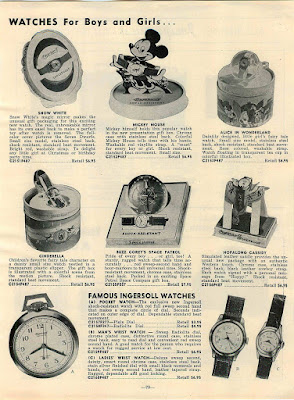 All catalog pages via gdawg.


The watch and gift box are seen here in a store countertop display along with Mickey Mouse, Cinderella, and Hopalong Cassidy. 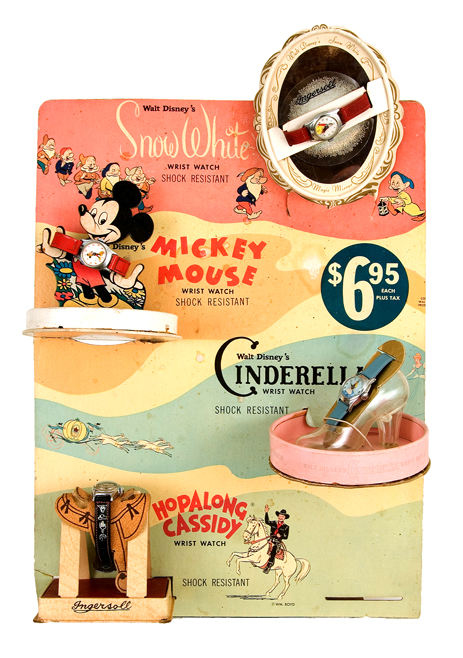 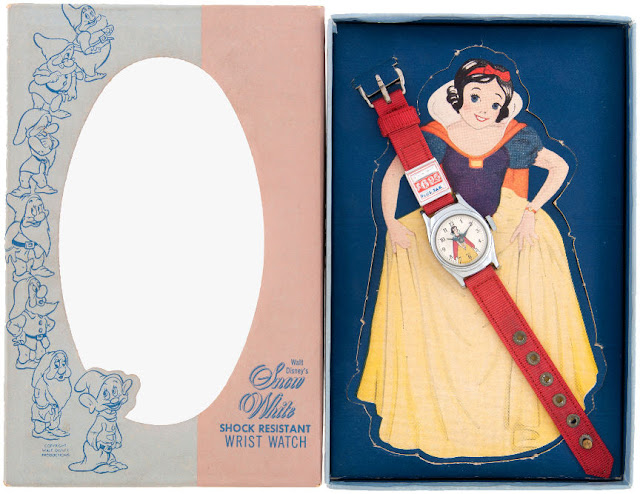 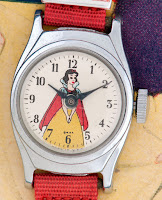 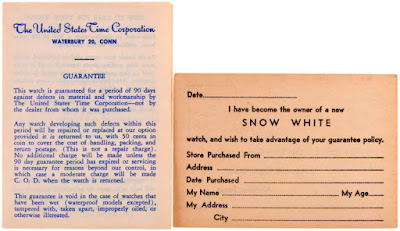 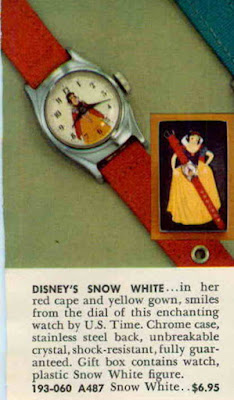 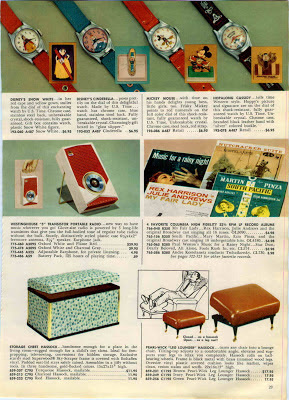 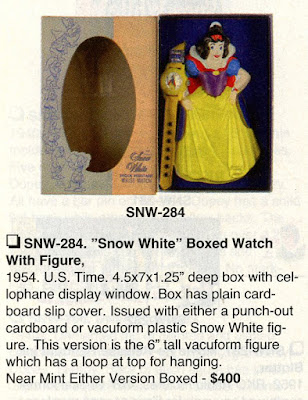 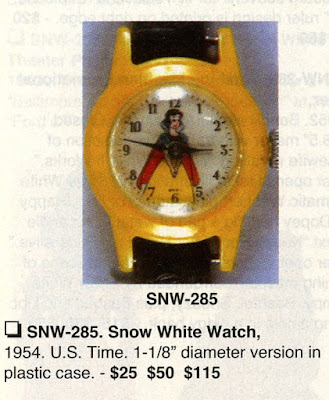 It was listed in a 1956 catalog page from Noble Distribution Co. 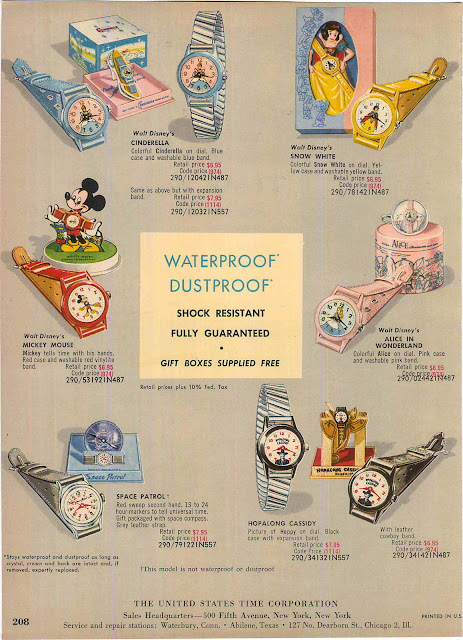 And a 1956-57 General Merchandise Company publication. 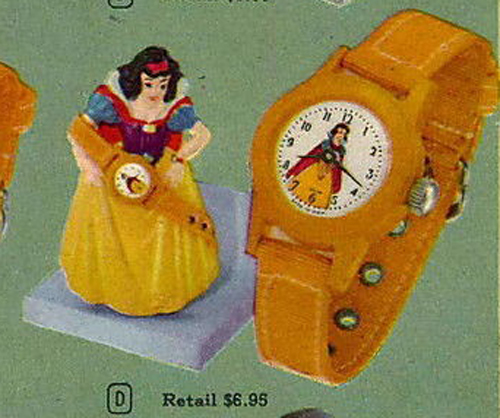 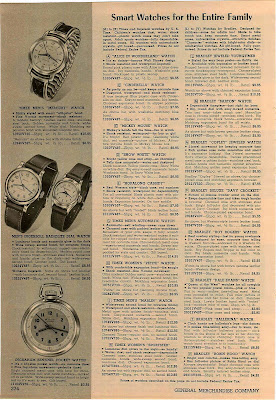 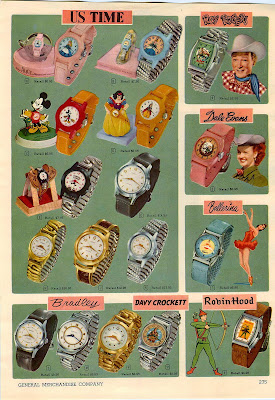 A 1957 Hagn's catalog shows both the chrome and plastic watches. 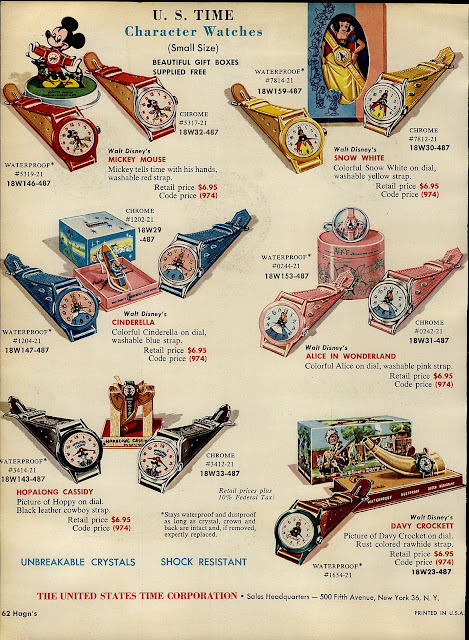 
The chrome metal case version was also issued in a cardboard box (4.25" x 5" x 1.5") with a special interior lid design. Features six of the dwarfs playing music with a separate removable acetate cel-like overlay with an image of Snow White and Dopey dancing. Sold at Hakes on March 19, 2015 for $278.30. 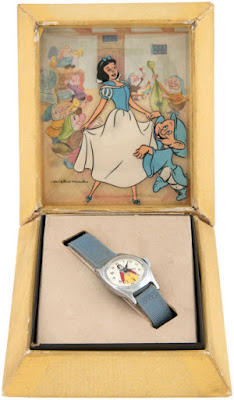 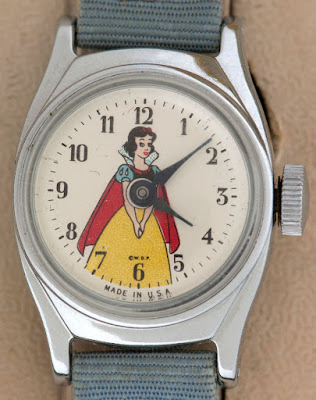 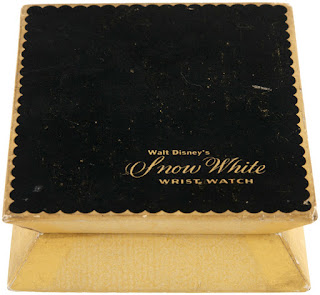 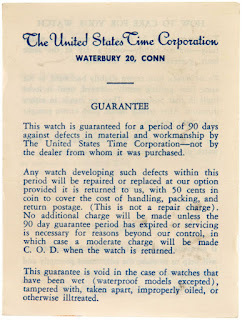 
Listed in a Harrison catalog and also General catalog, both from 1960. 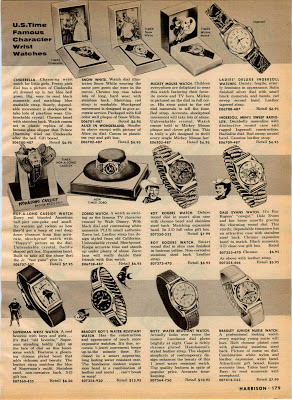 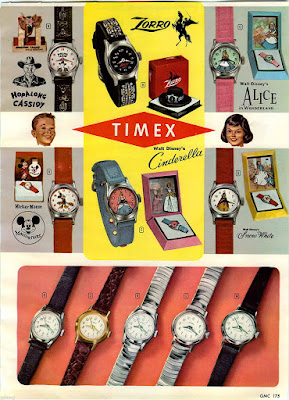