A rare three-act operetta script (libretto) from 1957, officially licensed by Disney. Adapted from the Snow White motion picture by Norma Wilkerson. It was published for use by drama departments in junior high schools. No music is included however, only the character lines. Photos from the movie appear in back of the book. 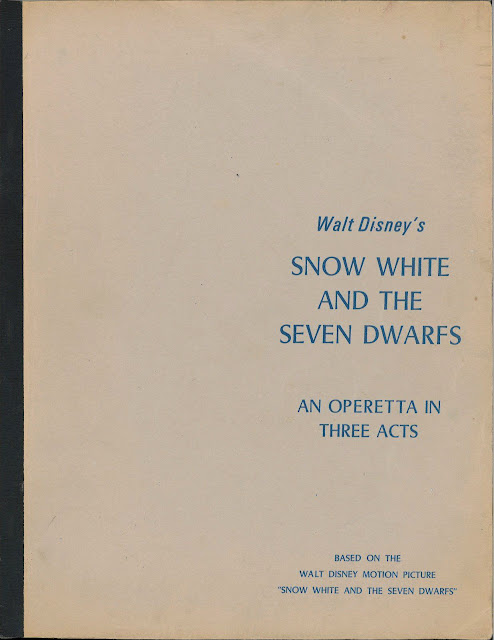 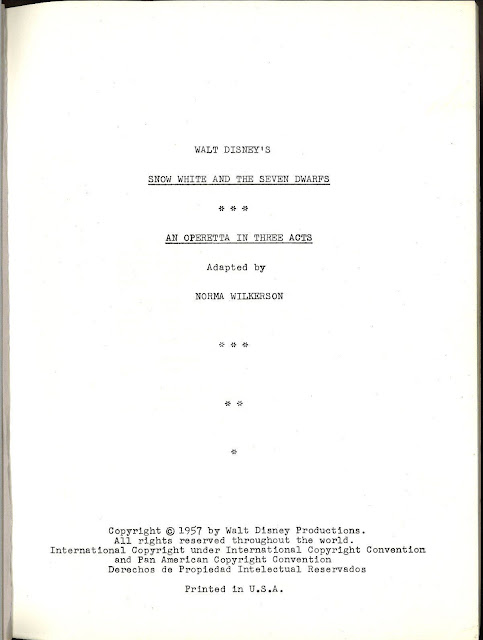 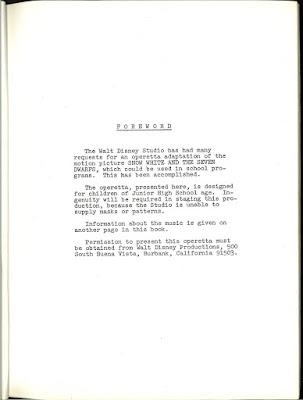 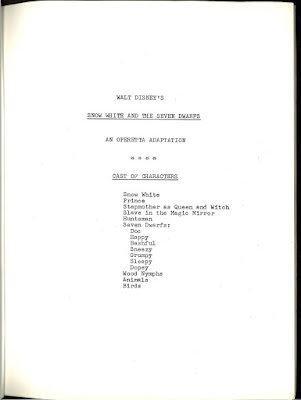 To obtain the songs, readers are directed to purchase the record albums that were available in stores at the time. 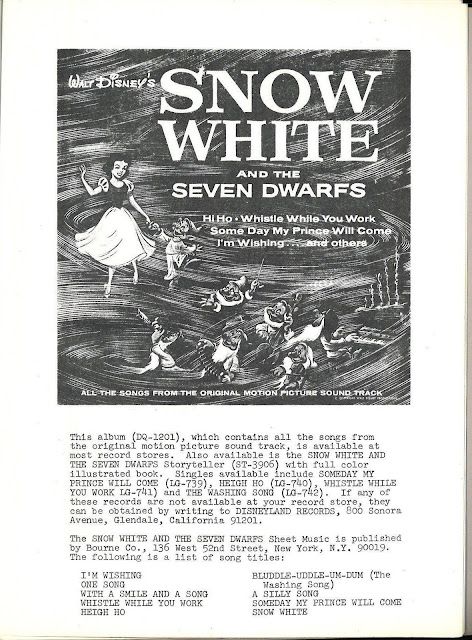 Email ThisBlogThis!Share to TwitterShare to FacebookShare to Pinterest
Labels: ~classroom resources, ~on stage