With the 2001 DVD home video release of Snow White in France, Le Journal de Mickey marked the occasion in their October 17th issue, no. 2574. Cool artwork on the cover, inked by artist François Pasquet. Published by Hachette. 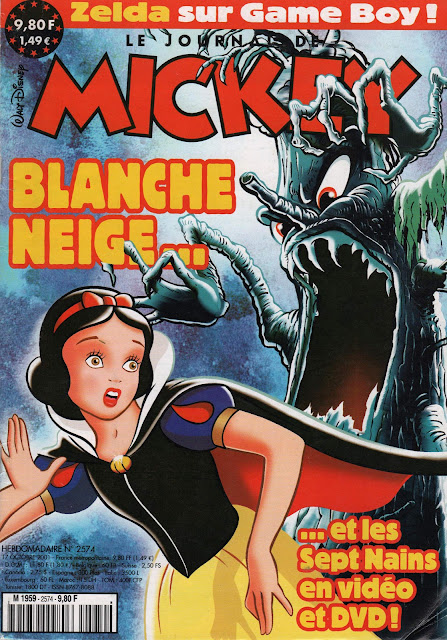 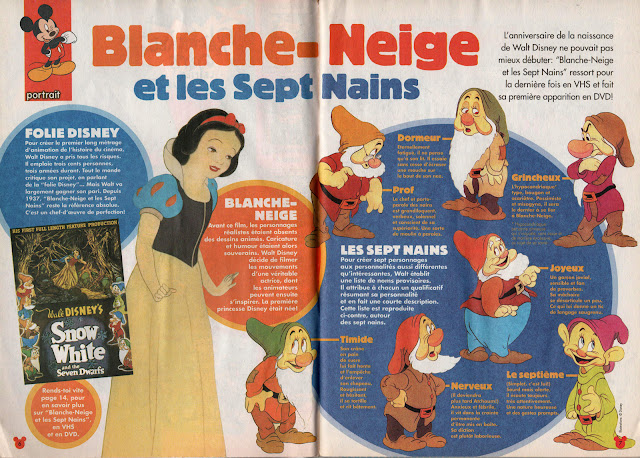 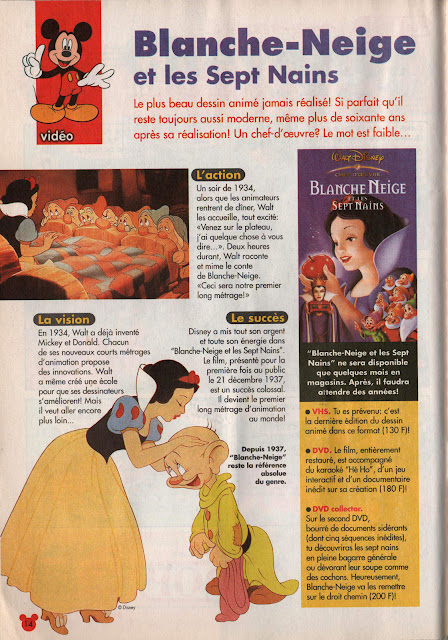 Snow White games and puzzles. Plus an ad for next week's issue (no. 2575) which would include a free gift of glow-in-the-dark Witch Fingers. 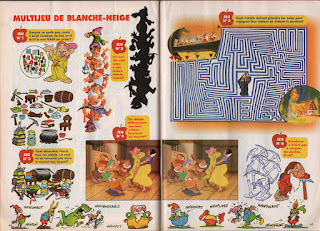 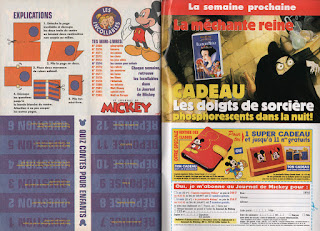 
An announcement for this Snow White issue had appeared in the previous Le Journal de Mickey, no. 2573. The Seven Dwarfs were pictured. 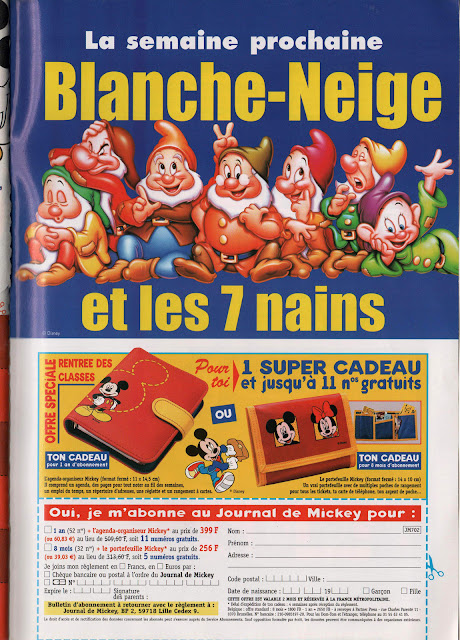 
Issue no. 2575 from October 24, 2001 featured the Old Witch on the cover. Again inked by François Pasquet. Unfortunately, we don't have a photo of the phosphorescent Witch Fingers that were included inside 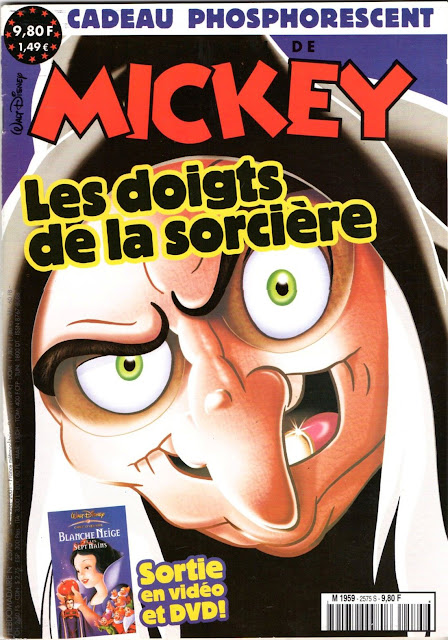 Images and info courtesy of Greg Philip of A Lost Film.
Posted by Snow White Archive at 5:30 PM