"This Week In Cleveland" - Harry Stockwell

This Week In Cleveland was a weekly magazine highlighting events and entertainment in the Cleveland area. Harry Stockwell, the voice of Snow White's Prince, appeared on the cover of the August 31, 1940 issue. He was in town performing at the Vogue Room inside the Hotel Hollenden. 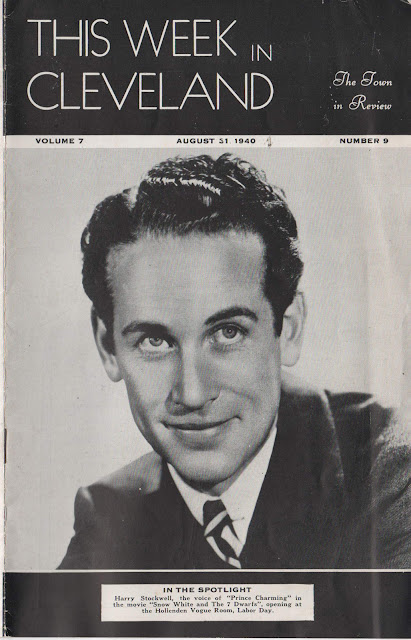 An ad for Harry's show. 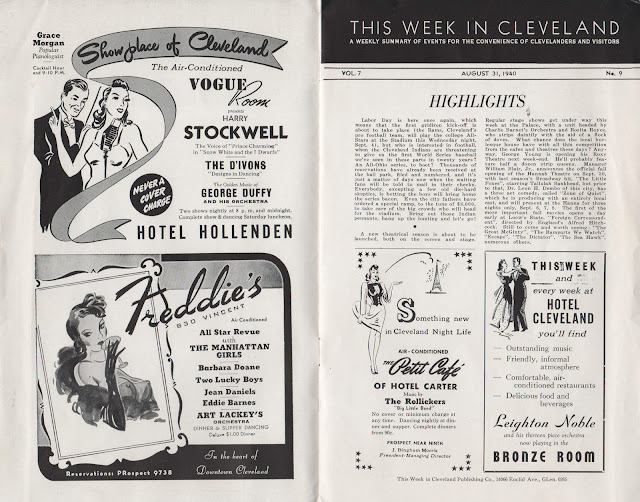 The "Down the Avenue" column included details on Harry's performance, mentioning that he would be singing numbers from Snow White and the Seven Dwarfs. 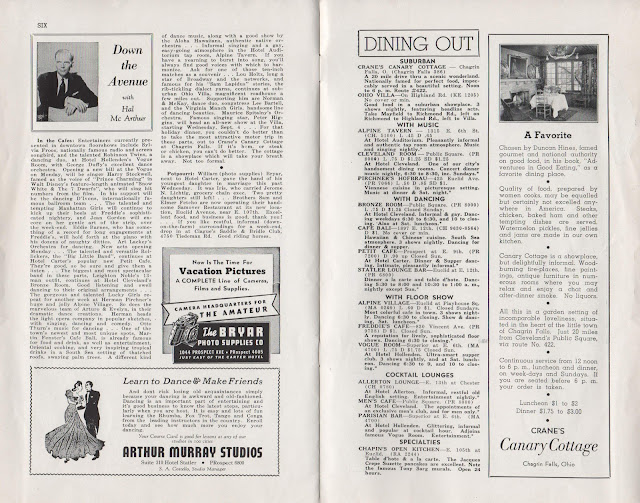 Image scans courtesy of Greg Philip who also shared Harry's autograph in an earlier Archive entry.
Posted by Snow White Archive at 12:01 AM