Le Journal de Mickey (Mickey's Newspaper) is a children's weekly comics and stories publication first issued in France in 1934. Highly successful, it ran until 1944 when World War II paper shortages and other obvious difficulties led to a cease in operations. Yet, eight years later in 1952, Le Journal would begin its second run (eventually morphing into comic book form and continuing on to this day). It reached the height of popularity in the 1950s with a circulation of over half a million readers.

The well-known Snow White comic strip illustrated by Hank Porter first made its debut in American Sunday newspapers on December 12, 1937, a little more than a week before the motion picture's world premiere. The twenty-installment serial would also be printed in several other countries, including France.

The first French installment of Blanche Neige et les Sept Nains was published on May 8, 1938, two days after the movie's Paris premiere. It shared the front cover of Le Journal de Mickey, issue no. 186, with Mickey the Gold Prospector. Unfortunately, we don't have an image of that particular edition. Yet, thanks to collector Greg Philip of A Lost Film, we do have 18 of the remaining 19 that followed. 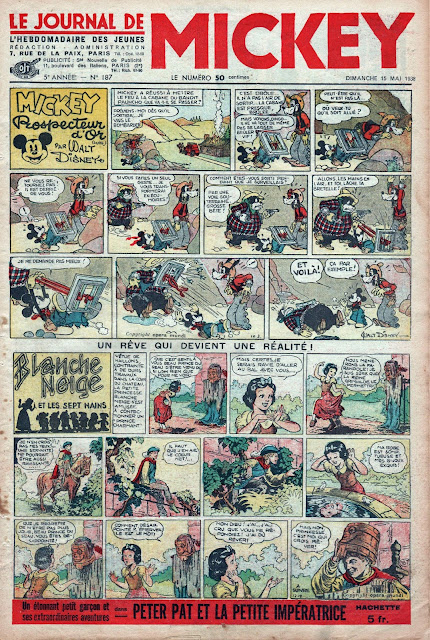 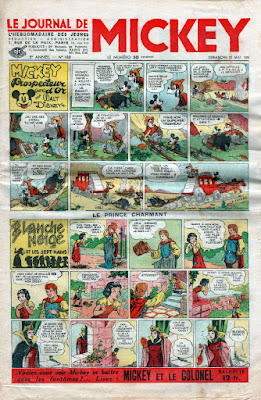 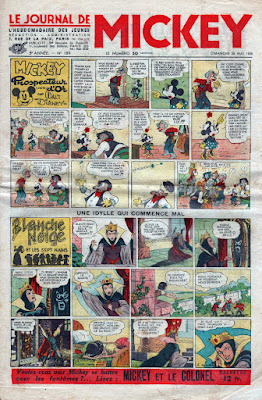 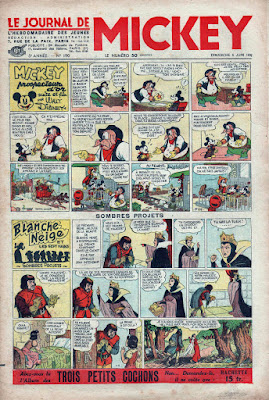 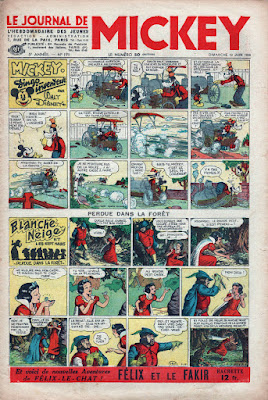 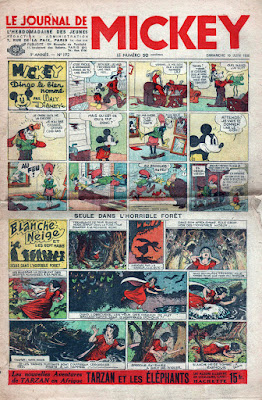 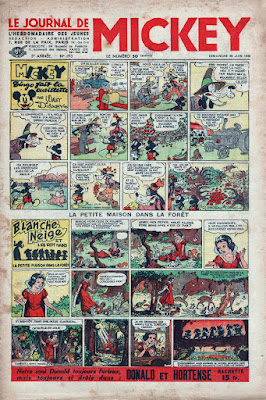 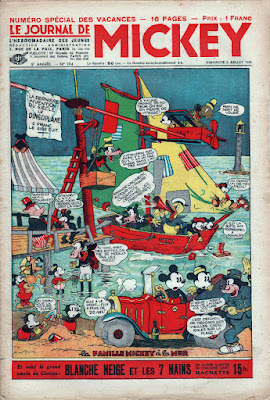 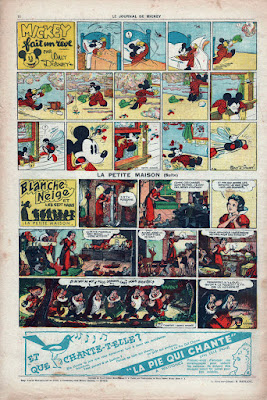 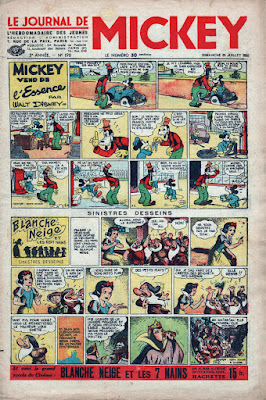 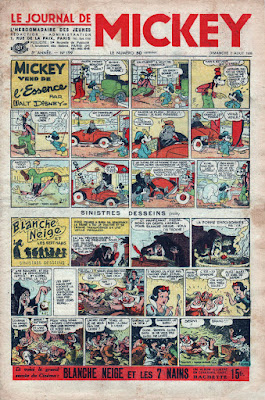 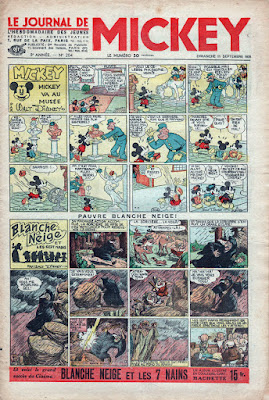 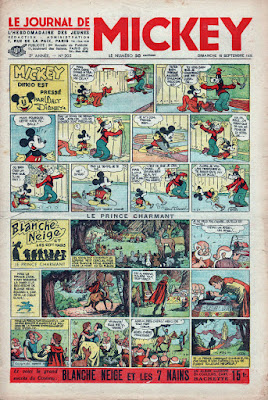 The Snow White serial concluded with issue no. 205, yet she would appear again in the paper many times over. In no. 207, she and the dwarfs are pictured in the heading for a joke. 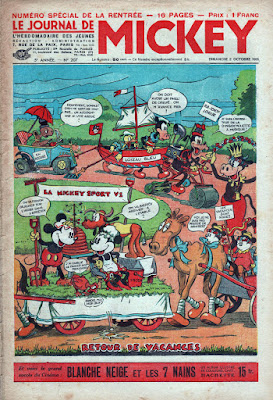 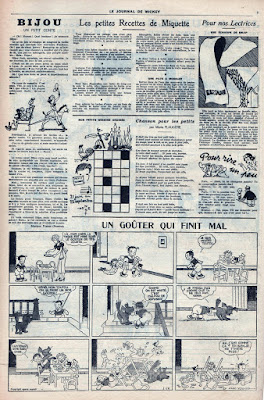 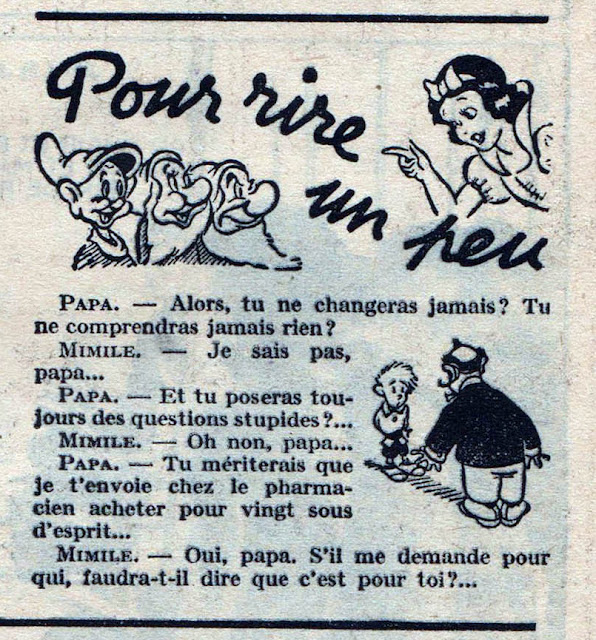 Image scans courtesy of Greg Philip.
Posted by Snow White Archive at 12:01 AM