The first Italian dub of Snow White occurred in 1938. It was updated with new voice actors in 1972. This soundtrack from the second version was released on compact disc in 2001. Walt Disney Records. No. 0927-42517-2. Distributed by Wea International. Enhanced with CD-Rom movie trailer. 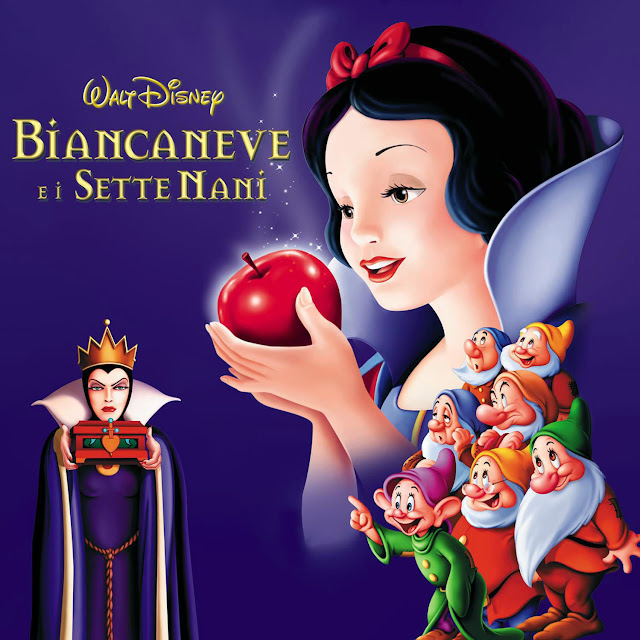 In March 2006, the soundtrack was again issued on compact disc for the European market. This time under license to EMI Records Ltd. This version did not include the CD-Rom enhancement.

Cast credits courtesy of Antonio Genna. Special thanks to Nunziante Valoroso for his assistance with this post.
Posted by Snow White Archive at 12:01 AM