The original Polish language dub for Snow White was recorded in 1938. It took more than 70 years for an updated version to be commissioned by Disney. It was released in 2009. The new voice actors included Edyta Krzemień who played both the speaking and singing voice of Snow White. Damian Aleksander was the Prince. And the roles of the Queen and Witch belonged to Danuta Stenka.

A soundtrack CD was issued that same year. It contained 24 tracks from Overture to Finale. Total run time: 67:58. Printed in the EU. Walt Disney Records/EMI Music Polska. Catalog no. 456 7502. 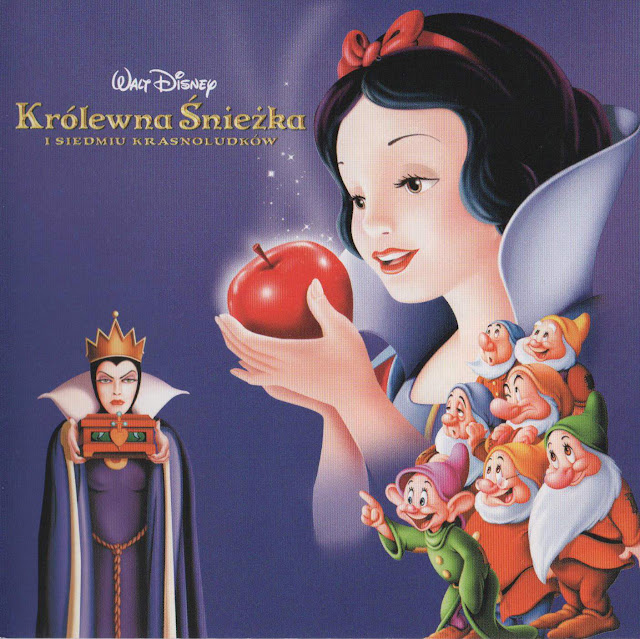 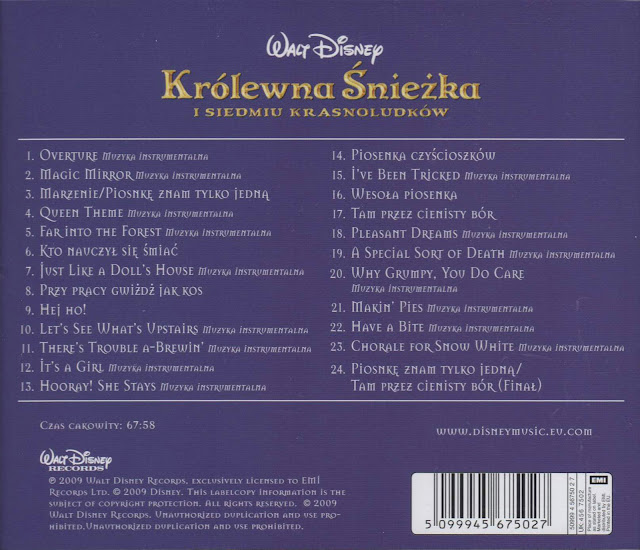 Special thanks to Greg Philip of A Lost Film for sharing these image scans from his collection.
Posted by Snow White Archive at 12:30 PM