The recording features a female narrator to tell the story, but everything else--the character voices, songs, and music--are taken directly from the 1964 Latin Spanish-language dub. Lupita Perez Arias plays the singing voice of Snow White. All eight songs are included in the story. 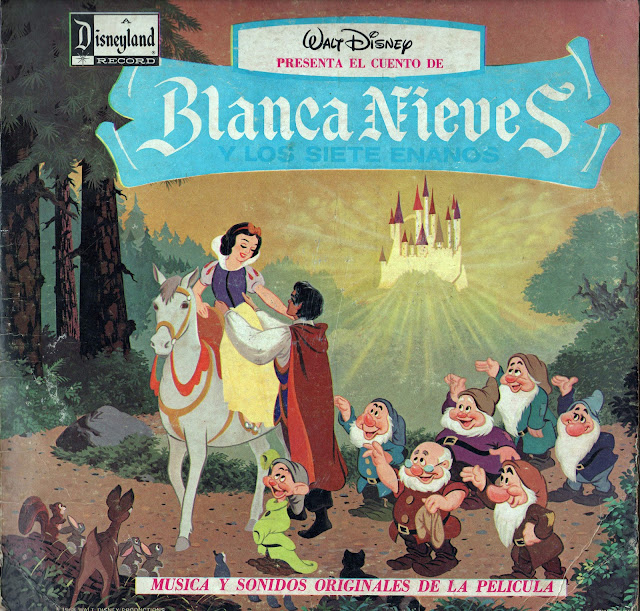 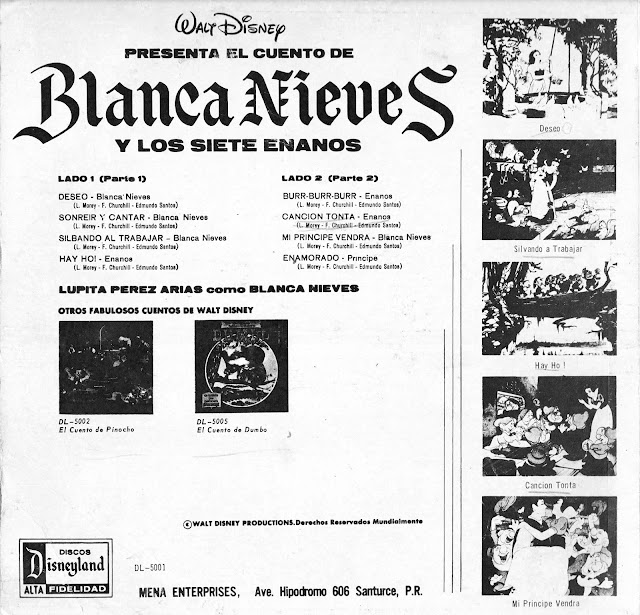 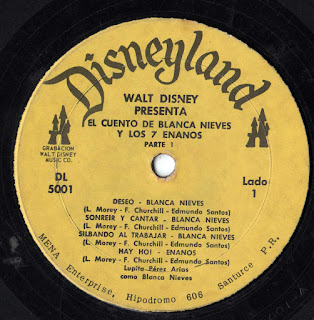 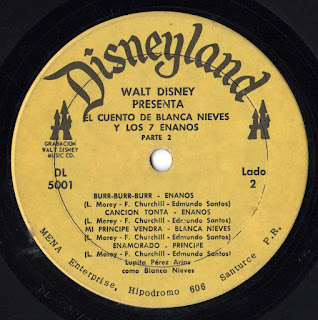 
This recording was printed in Chile two years earlier in 1966. Disneyland Record label. No. STC-9001-X.
Posted by Snow White Archive at 12:30 PM