The first Snow White Spanish-language dub was created in 1938. The recording session took place in Los Angeles. The voice actors were all living in southern California and as such spoke with a Latin American dialect. A second dub was commissioned for a 1962 release. This soundtrack was recorded in Mexico City and again featured the same vernacular.

In 2001, two more redubs were created. One with Latin American Spanish, the other in the Castilian vernacular of Spain. The two recordings would be distributed to their respective regions.

The Spain release featured Yolanda de las Heras in the singing role of Snow White. Mar Bordallo had the speaking parts. 2001 compact disc. Walt Disney Records. No. 0927-42779-2. Made in Germany and distributed by Wea International Inc. Note the cover artwork is purposefully distinctive from the Latin American version (seen in previous post). 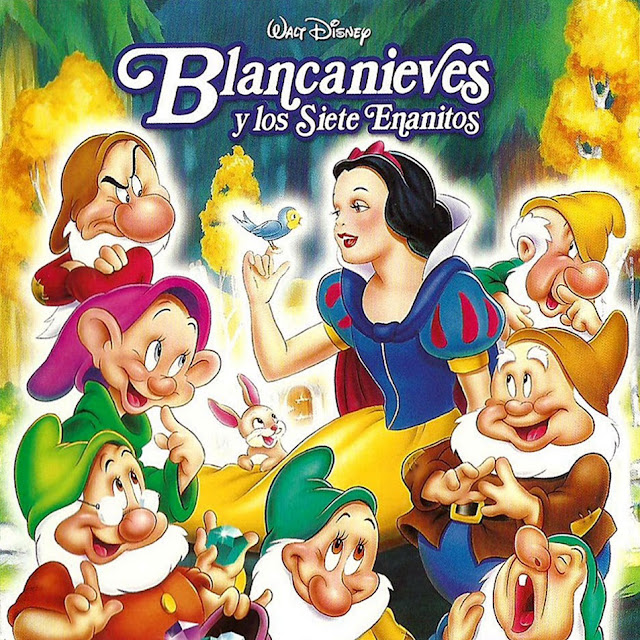 Back side of front cover. 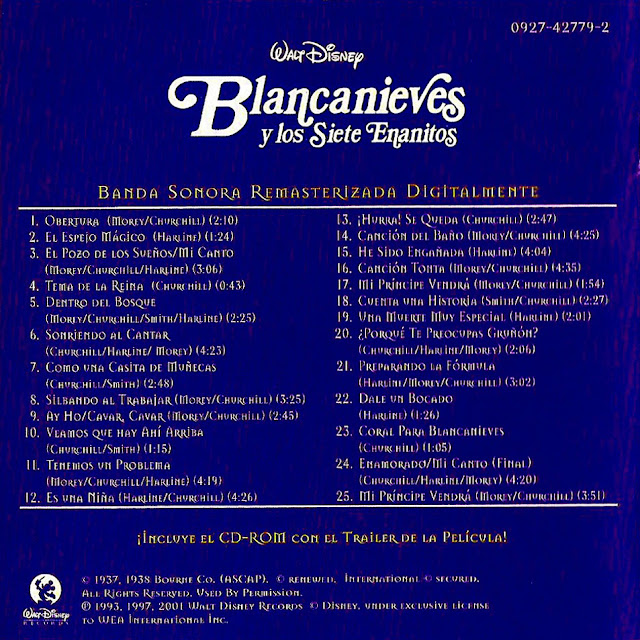 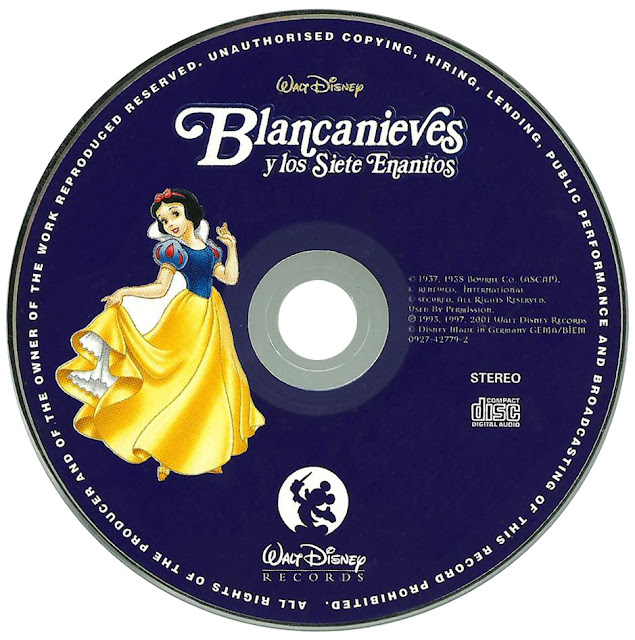 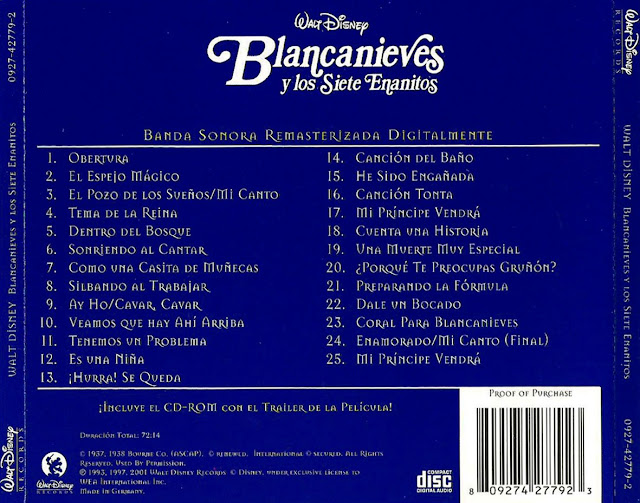