In the previous post, we saw the issues of Le Journal de Mickey from 1938 which featured the French version of the original Hank Porter-illustrated Snow White comic strip. Twenty four years later, the comic was brought back in Le Journal to commemorate the December 12, 1962 re-release of the motion picture in France.

The first installment of this Snow White serial was included in no. 550, a special 40-page edition of the magazine. Published by Hachette. It's interesting to note that some of the panels from the original comic were not included in this modified version. An advertisement for the special edition appeared the week before in the December 2, 1962 Journal de Mickey, no. 549. 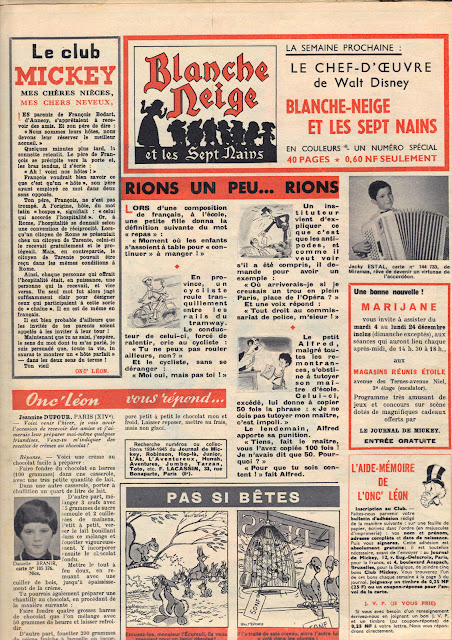 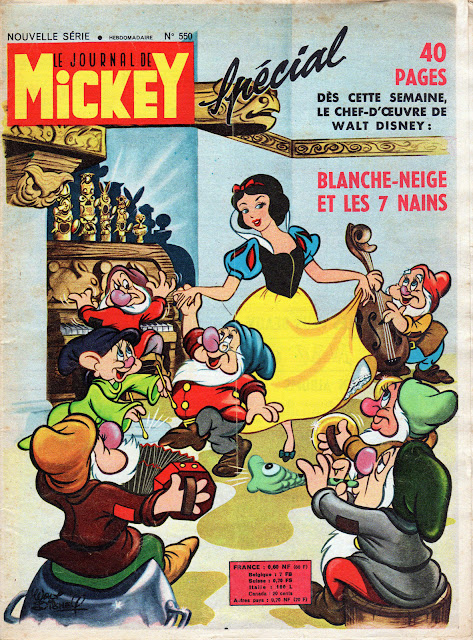 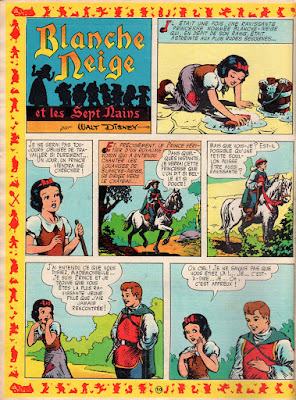 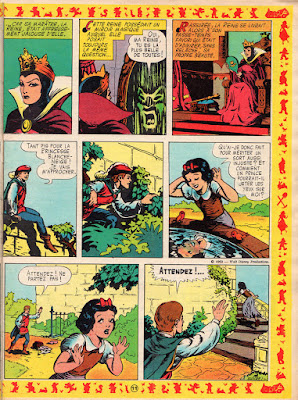 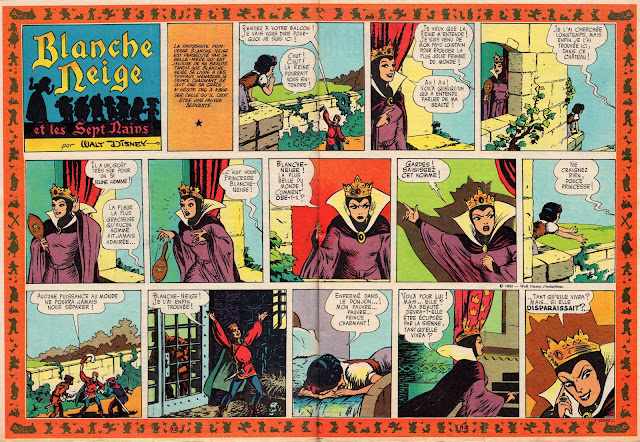 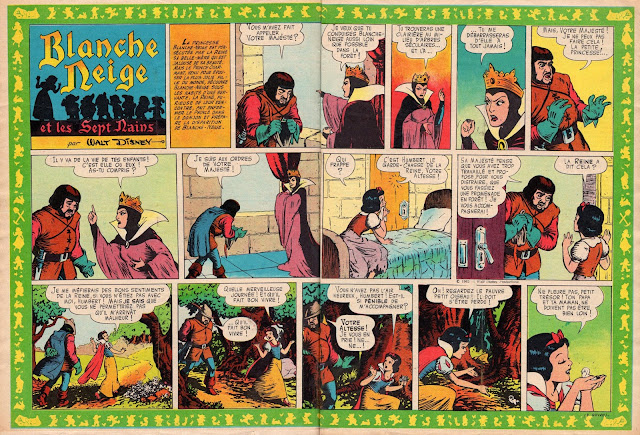 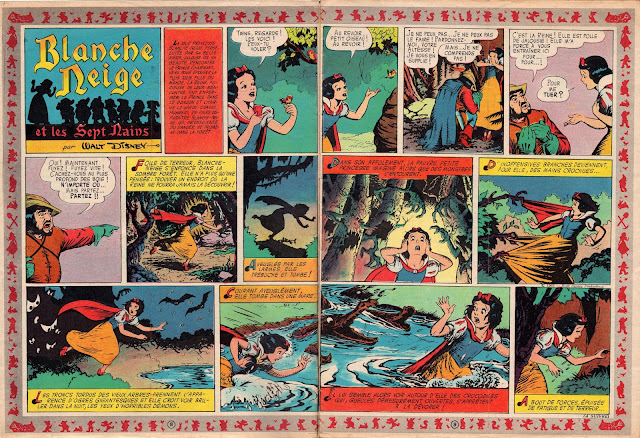 Image scans courtesy of Greg Philip of A Lost Film.


The story installments would continue on into 1963 for several more issues.
Posted by Snow White Archive at 12:30 PM