A four-part Snow White story was published by Hachette in the 1973 French comic book, Le Journal de Mickey. We saw part one in the previous post. This is the second installment with the comic appearing on eight pages. Seven other (non-Snow White) serial stories are also included in this issue. No. 1120. December 2, 1973. 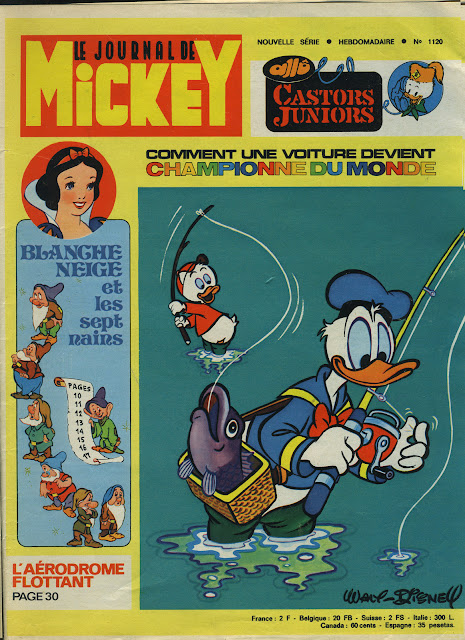 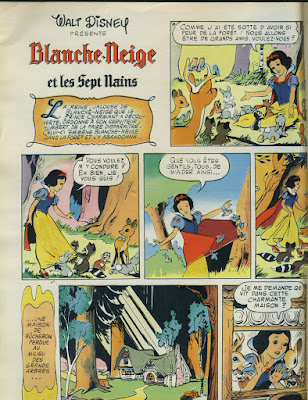 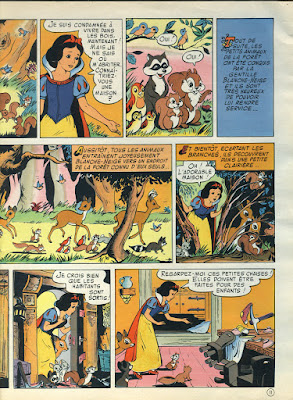 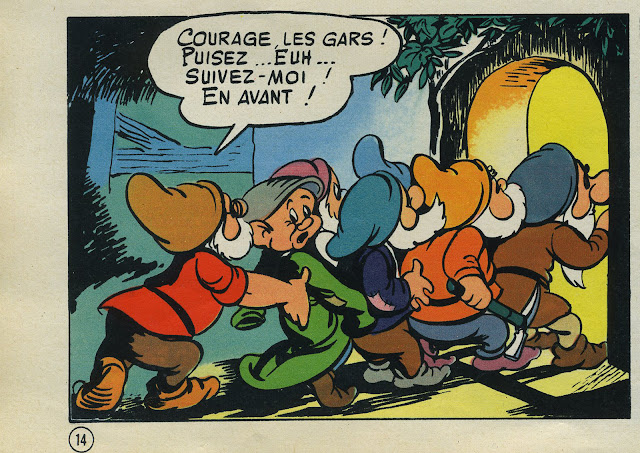 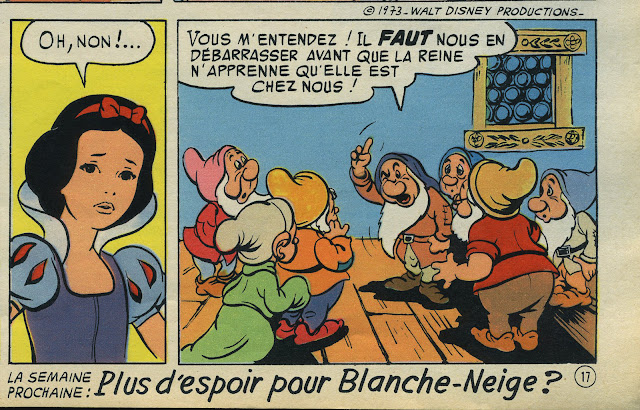 An advertisement by La vache qui rit cheese also appeared in this comic book. They were offering 13 Snow White stickers, one in each package. 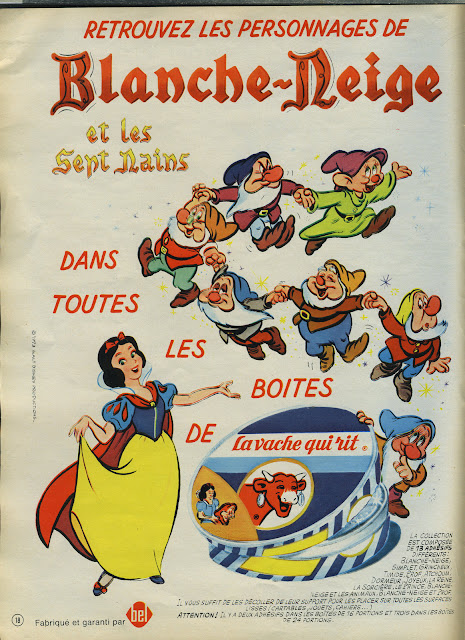 Special thanks to the François Monferran Collection for the donation of this comic book.
Posted by Snow White Archive at 12:30 PM