With the return of Snow White and the Seven Dwarfs to French cinemas on February 12, 1992, Le Journal de Mickey included a six-page Blanch Neige article in their February 7th issue, no. 2068. Published in France by Hacthette and distributed to other French-speaking countries too. 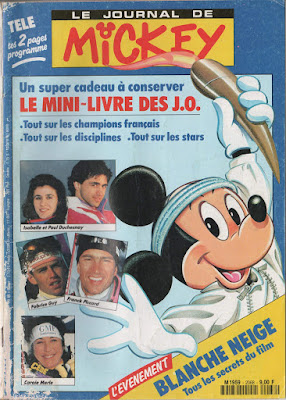 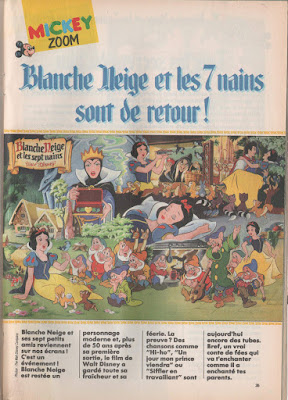 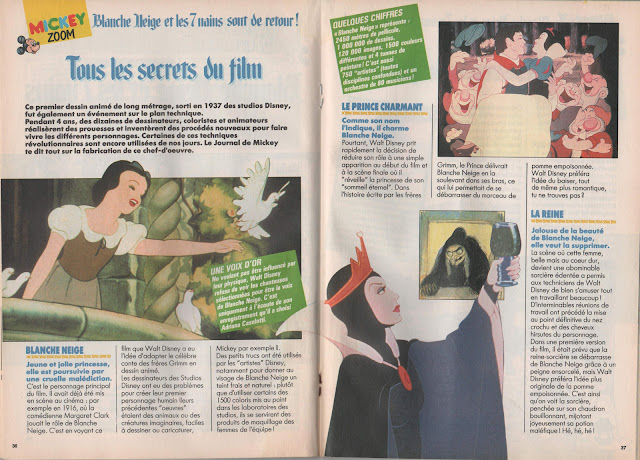 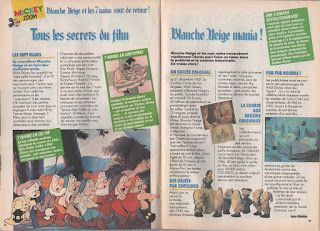 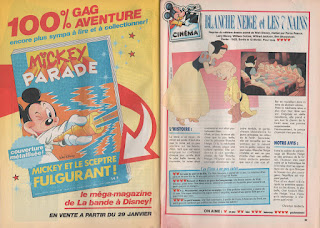 Publisher info included in fine print on the back cover. 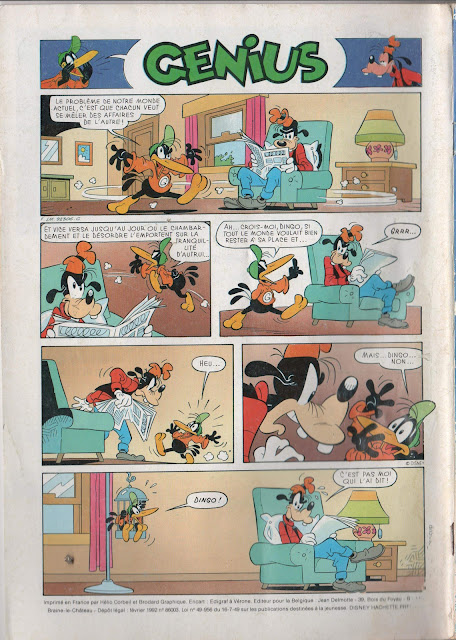 
Also during this time, Le Journal de Mickey issued a series of fact sheets dedicated to the Disney Villains. The first to be released was The Evil Queen. 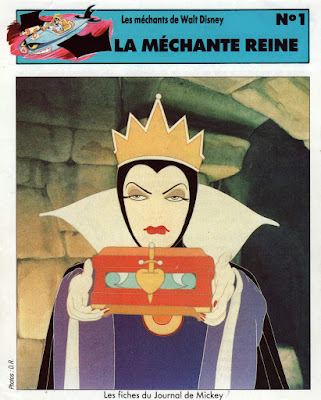 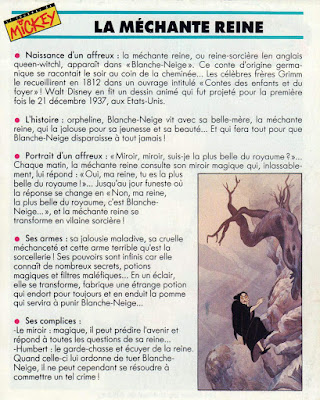 Images and info courtesy of Greg Philip of A Lost Film.
Posted by Snow White Archive at 12:30 PM