Smarties are sugar-coated button-shaped chocolates that originated in England in the late 1800s. Not sold in the US, the multi-colored candies (similar to M&Ms) are popular in Europe, Canada, Australia, New Zealand, South Africa, and the Middle East. In the 1990s, the cardboard packaging tubes were sold with Disney character plastic toppers. A Snow White set of eight was issued in 1996. Each solid one-piece figure measures approximately 2.5" (6.5 cm) including base. Licensed by the Walt Disney Company. 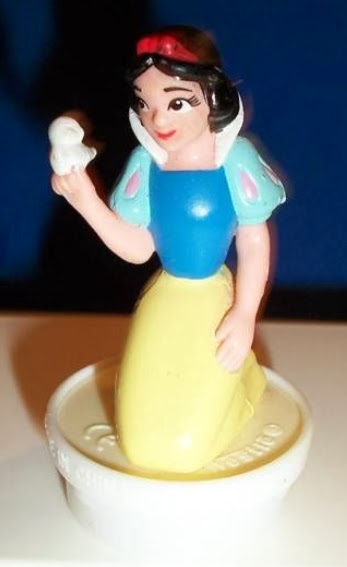 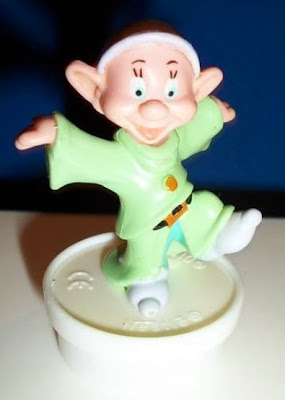 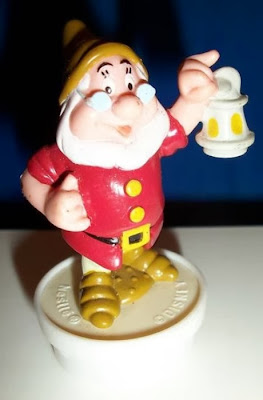 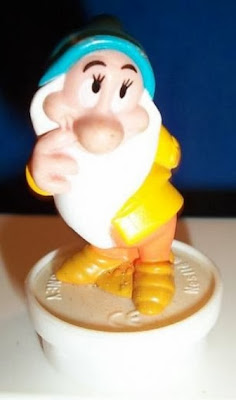 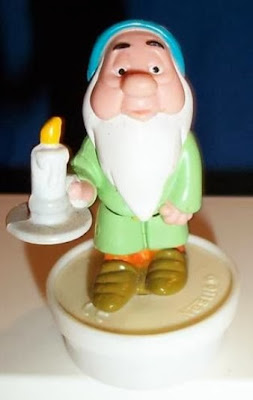 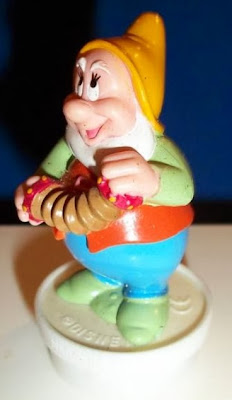 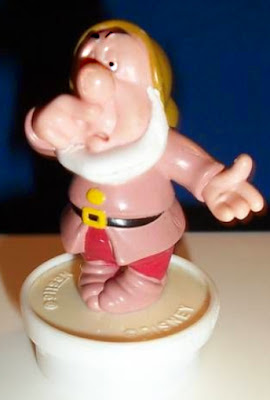 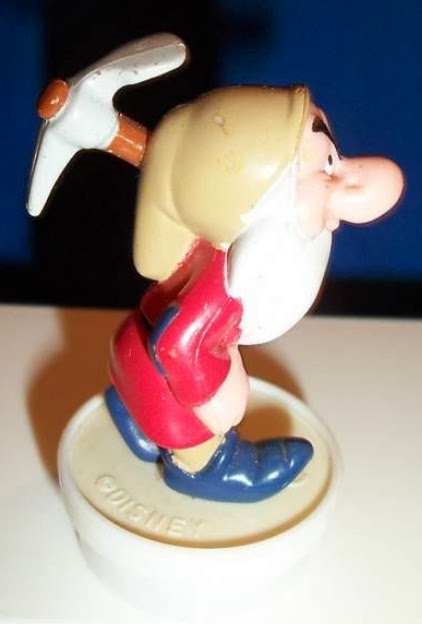 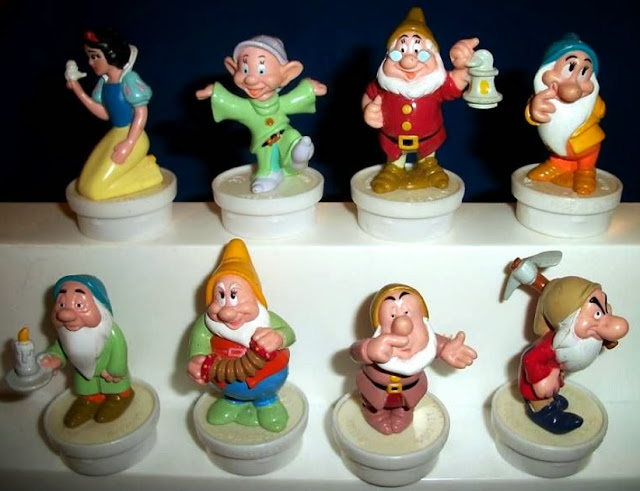