In 1939, French chocolatier, Menier, ran a promotional campaign where numbered Snow White cards (vignettes) were placed inside packages of their candy. Two "sticker" albums were issued (for the price of 2 francs) in which the collection of 180 cards could be displayed by gluing them onto the corresponding spaces.

The Snow White cards were included with Menier's extra fine chocolate bars. The special candy packages were enclosed in green wrappers covered with this white label. It featured Snow White artwork on the front, plus a girl writing on the wall, which happened to be the Menier logo. 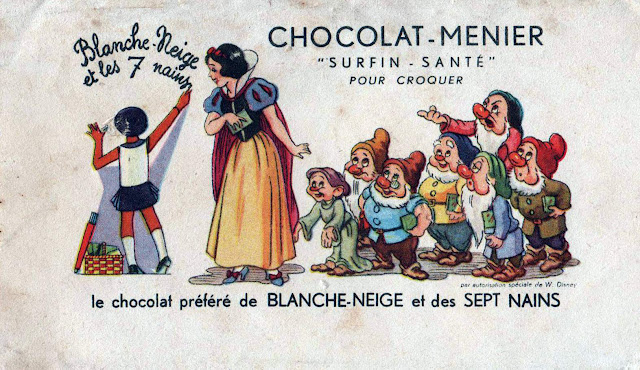 On the back, it mentioned the card promotion and albums. One card was issued inside half-bar packages. Three cards came with the full bar. And eight cards in the double-sized package. 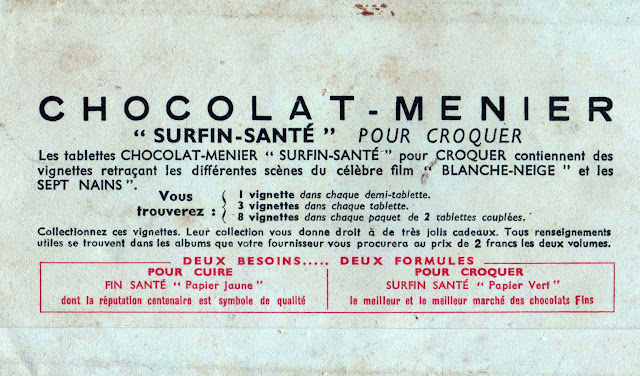 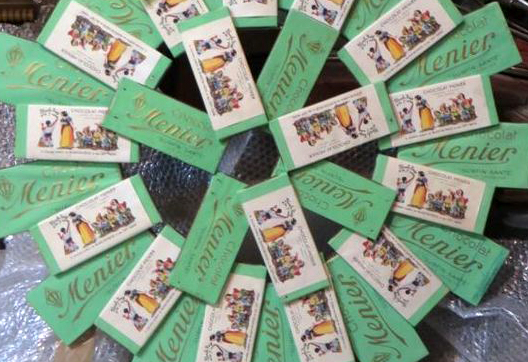 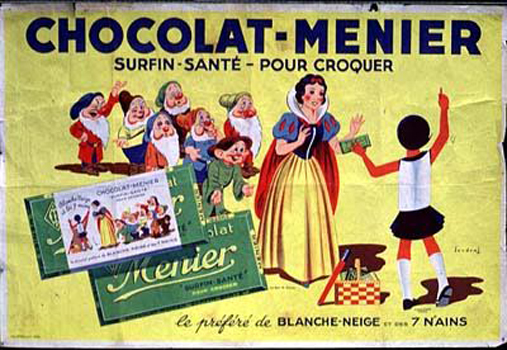 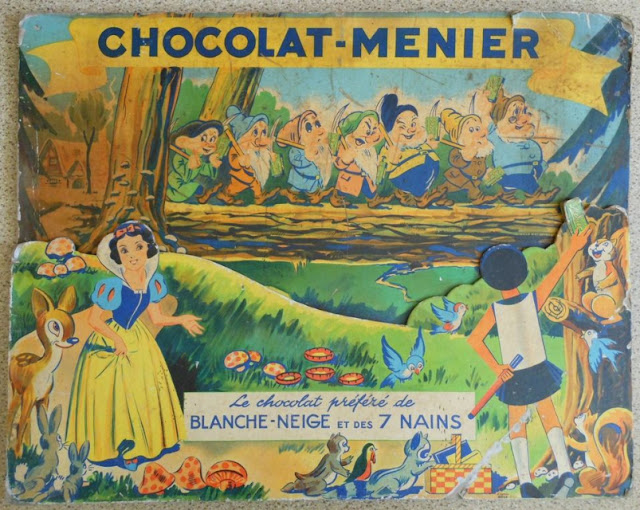 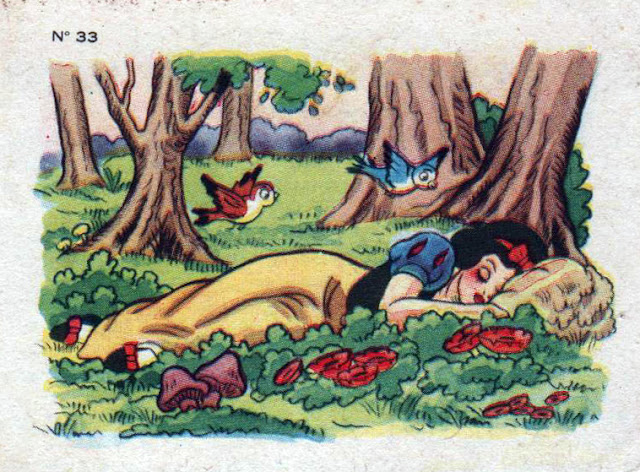 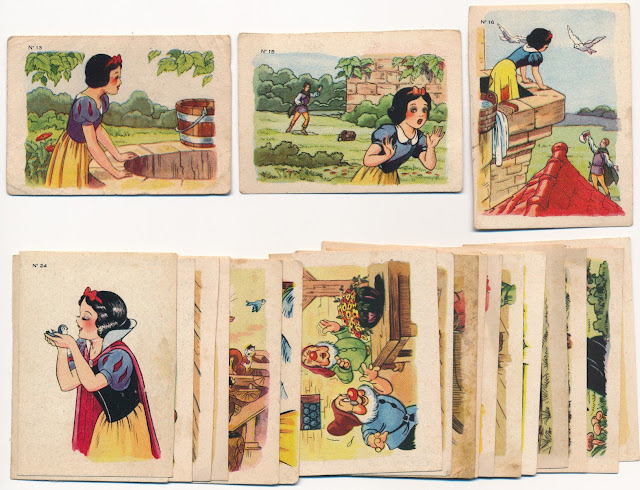 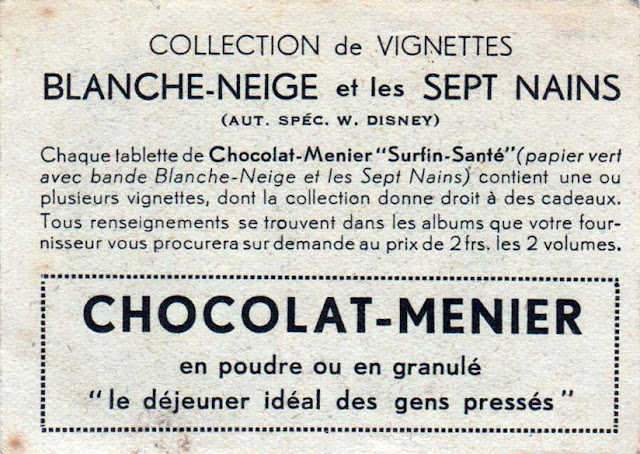 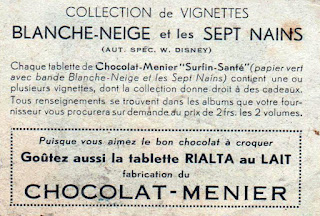 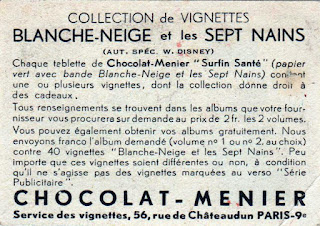 Each sticker album contained 20 pages (including covers) with numbered spaces for 90 vignettes (six per page). 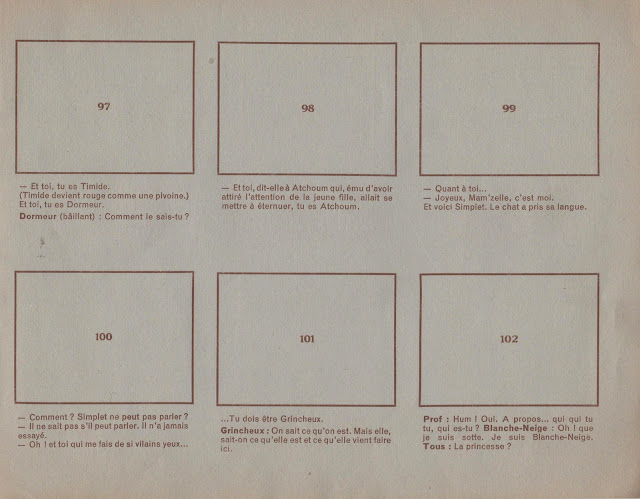 See the two completed sticker albums in the next Archive entry. Special thanks to Greg Philip of A Lost Film for sharing information and images from his collection.
Posted by Snow White Archive at 2:30 PM