In an earlier Archive entry, we saw store displays for the 1938 Armour's Star Ham Snow White advertising campaign. Below is a special "Easter Greetings" display that would have been used leading up to the holiday. 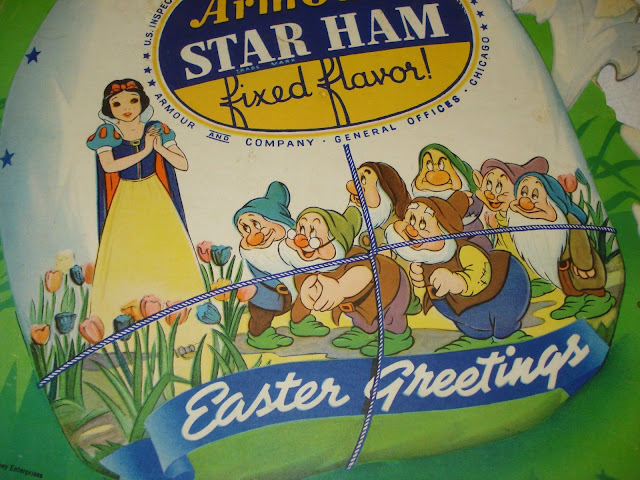 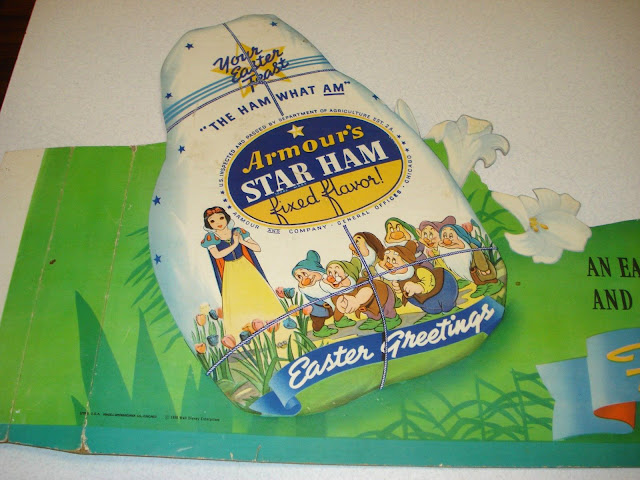 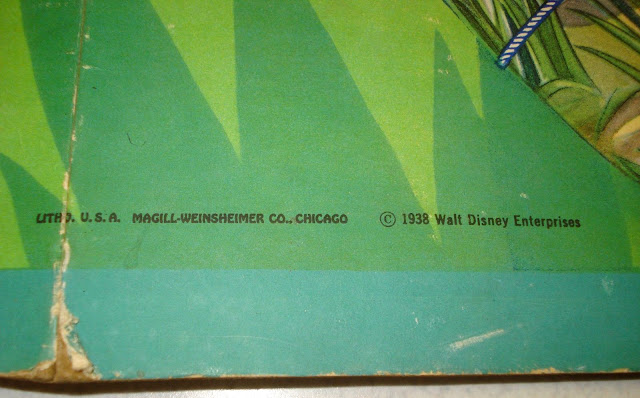 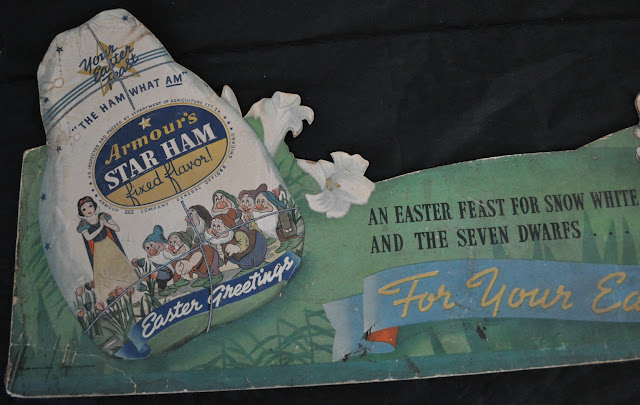 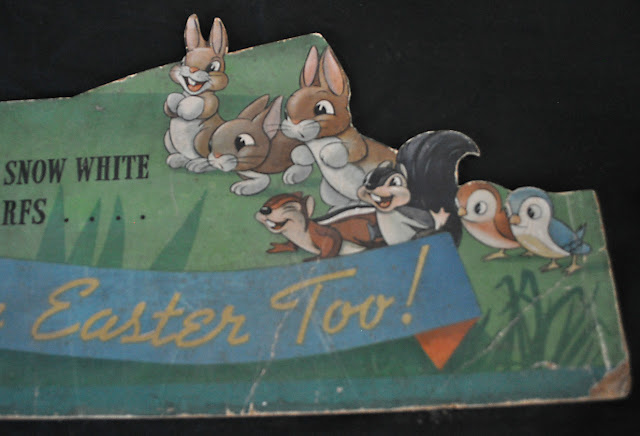 Also see a Snow White Star Ham metal stamp in the next Archive entry, plus an Armour recipe book in an earlier post.
Posted by Snow White Archive at 12:01 AM