The first German-language dub of Snow White was recorded in 1938 (learn more details in another Archive entry). An updated version was created in 1966. Then for the home video release, a third dubbing was produced in 1994. Alexandra Wilcke played the singing role of Snow White in this one. Manja Doering was the speaking voice. It was issued on compact disc in 2001. A CD-Rom movie trailer enhancement was included. Walt Disney Records. No.0927-42516-2. 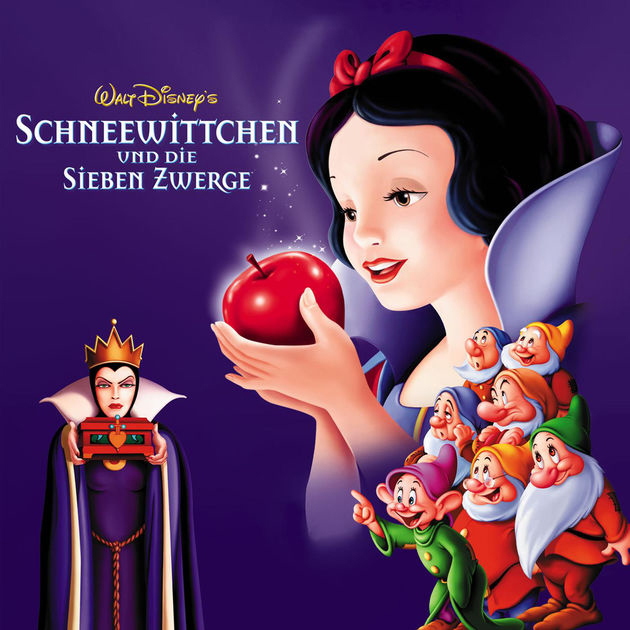 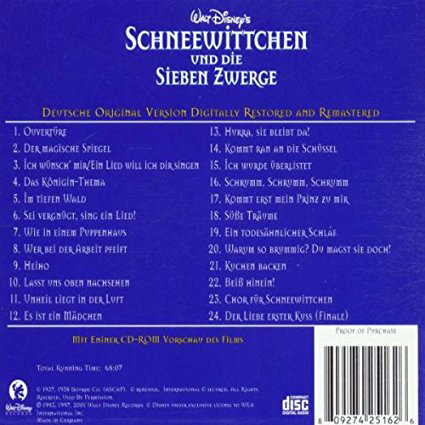 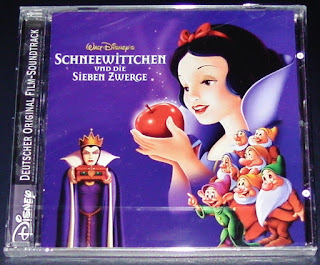 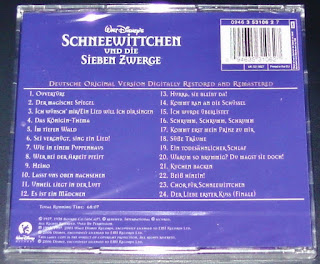