A plethora of Snow White garden statues have been produced over the years. Here's a few made from concrete. This first example is a bit weather-beaten and appears to be older. Yet, this same design is still produced today and is available at various garden centers online, along with all Seven Dwarfs. Measures 9.5" tall, 12.5" across, 5.5" deep. Unpainted finish. Weighs 13 pounds. 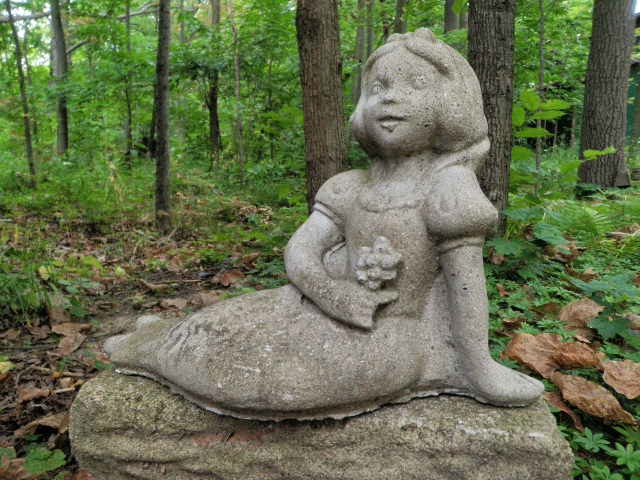 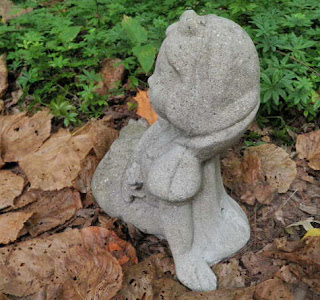 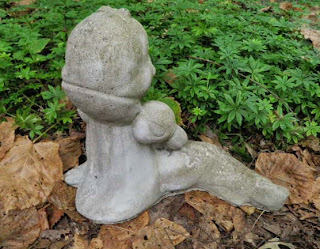 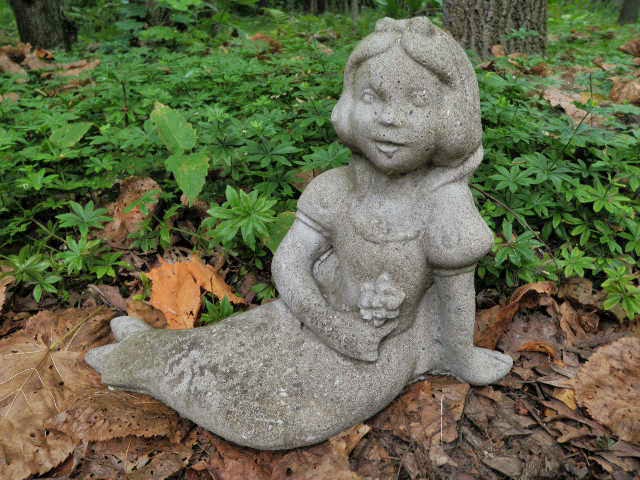 Many concrete figures are hand-painted as in this next set. Snow White is about the same size as the one above and strikes almost the identical pose except for her raised hand. The dwarfs stand approximately 9" high and each is imprinted on the back of the head with "© Walt Disney Prod." Again this set appears to be old, but similar statues are still available today. 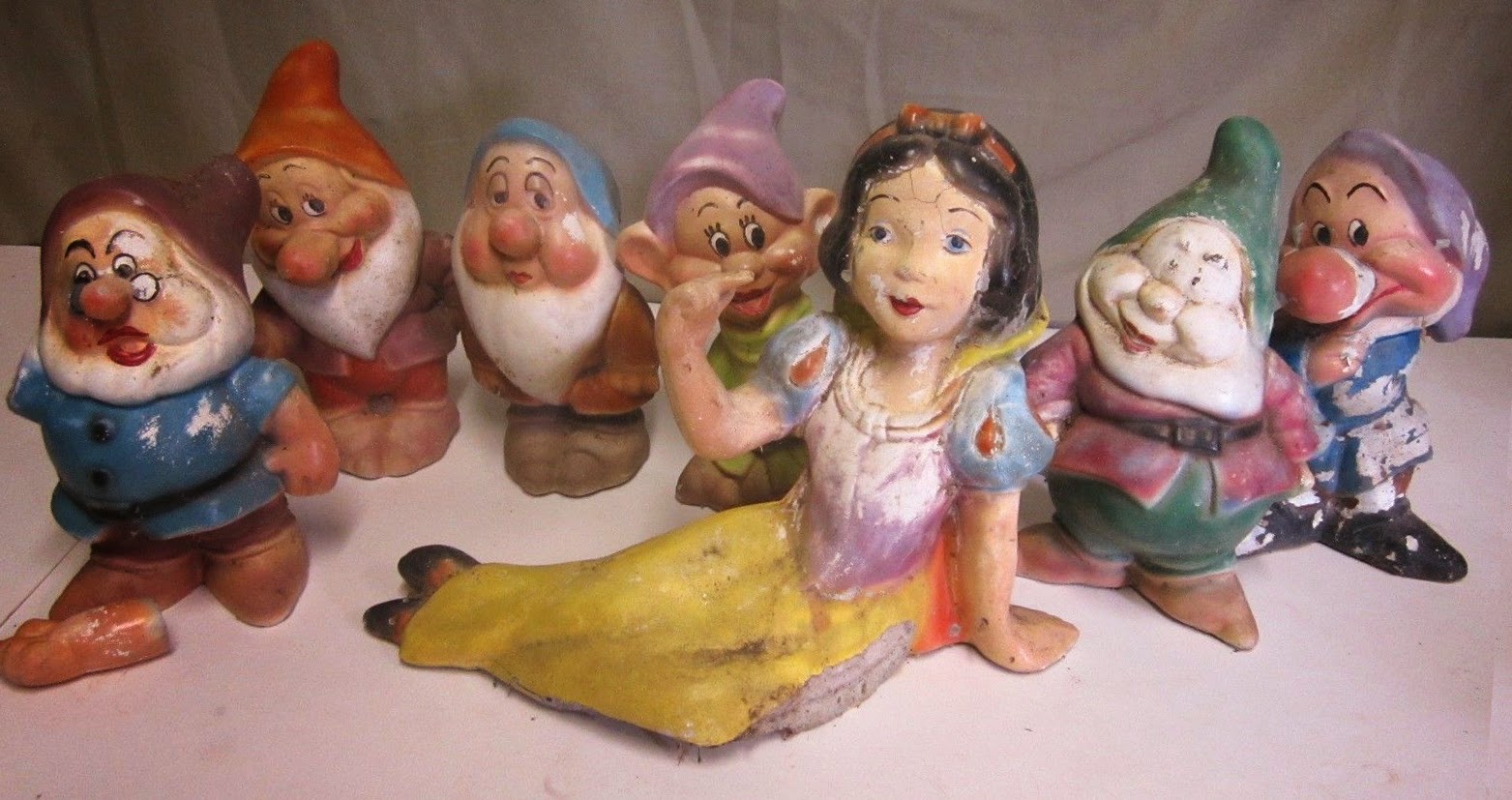 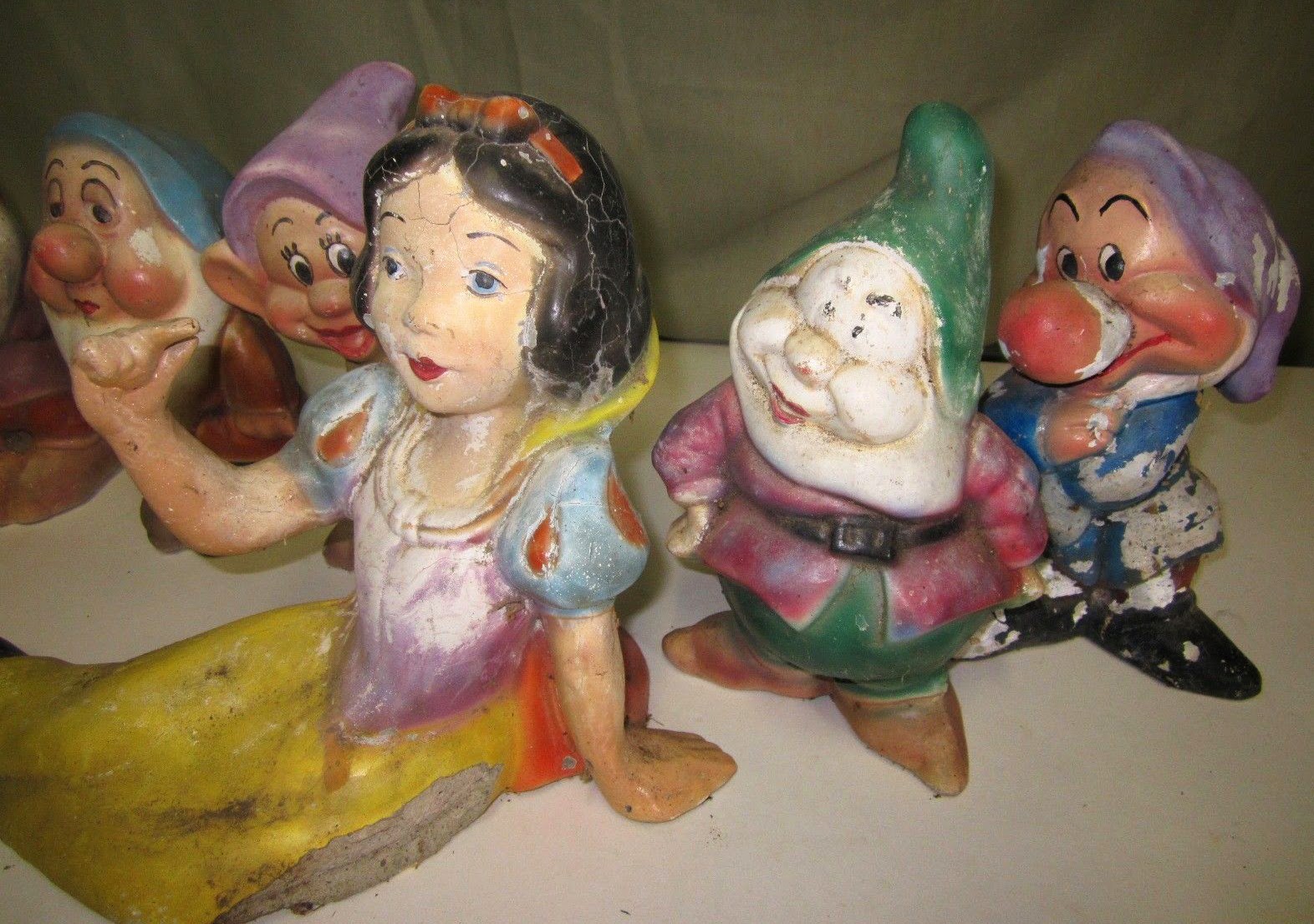 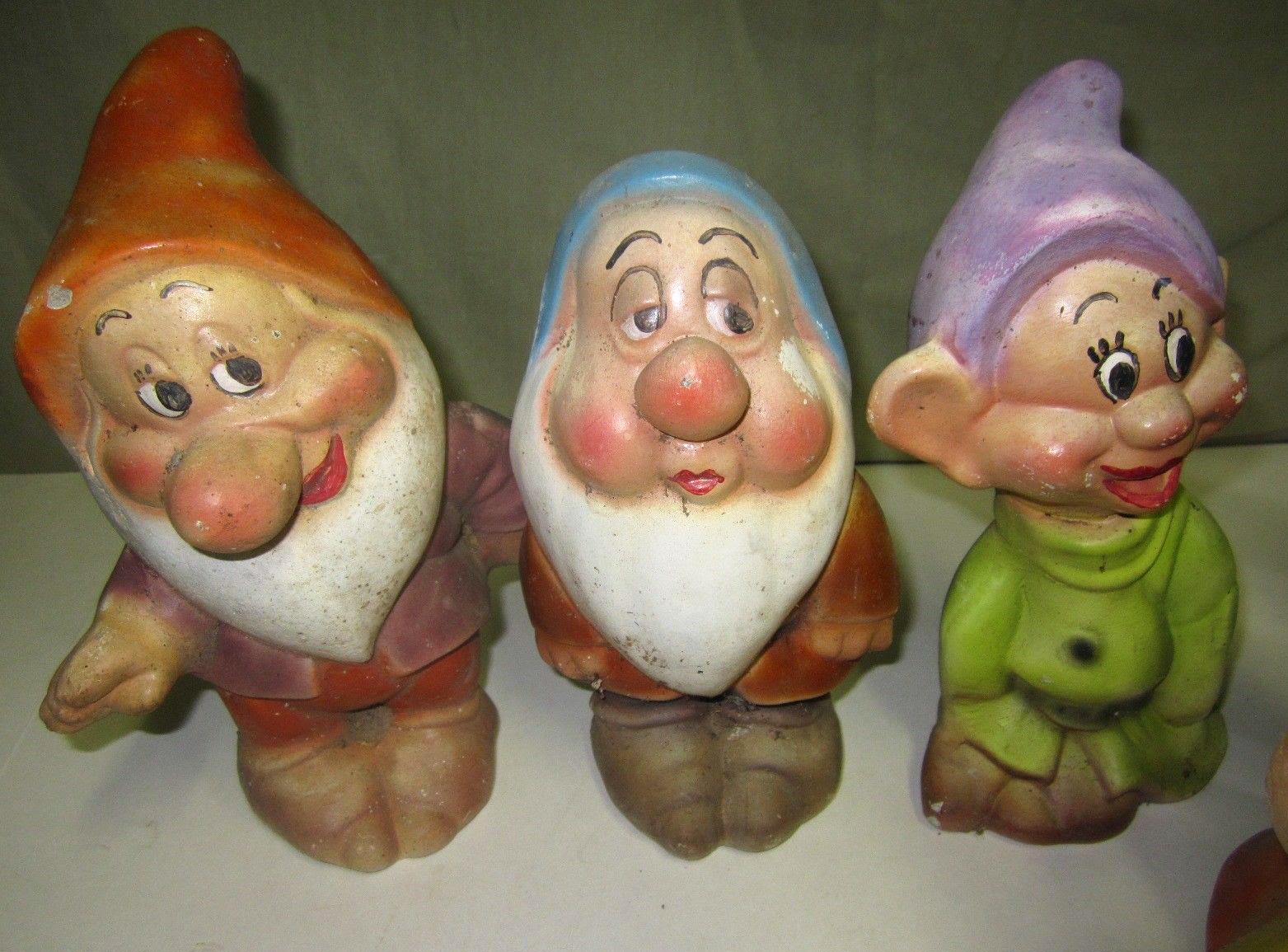 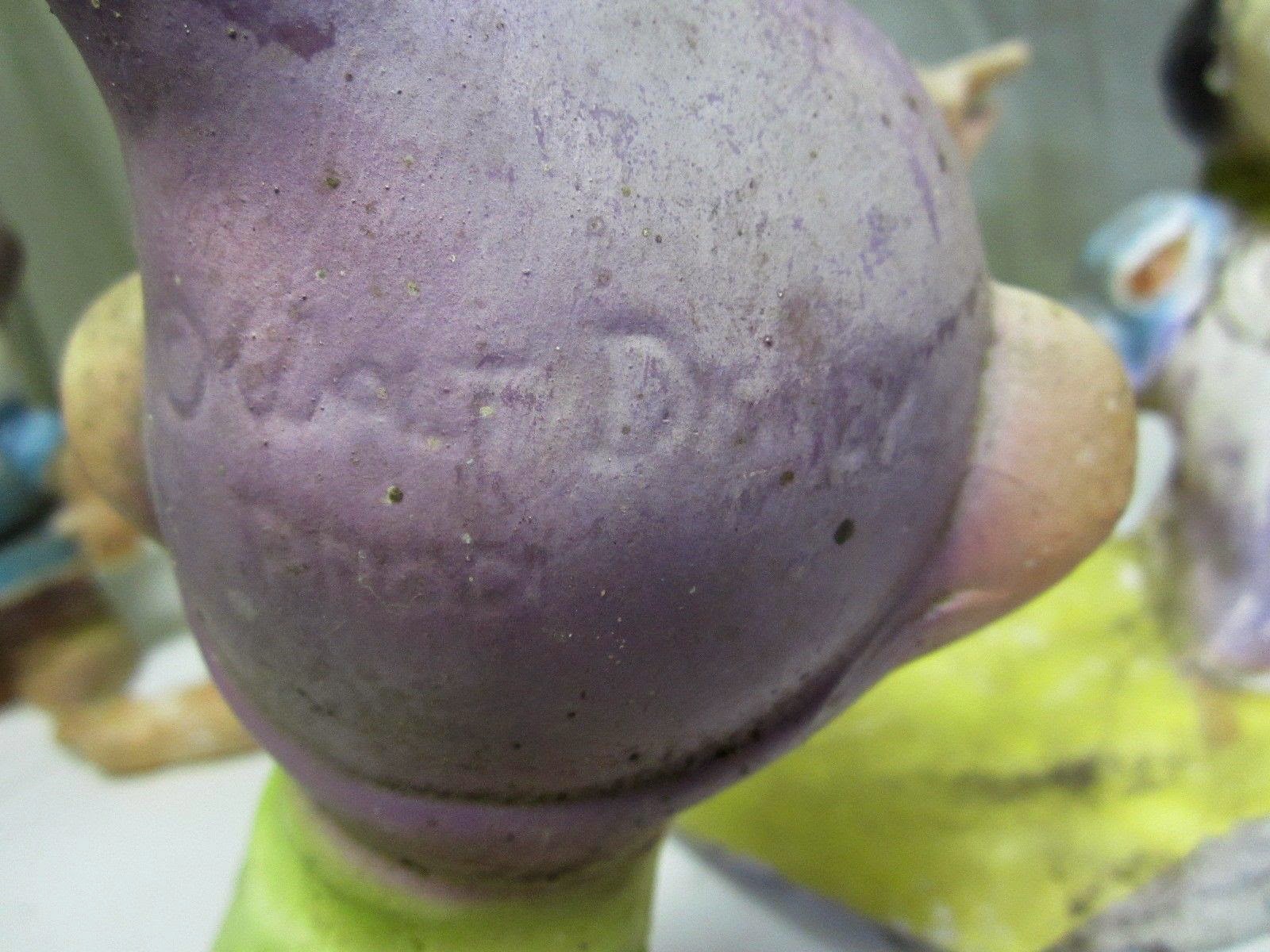 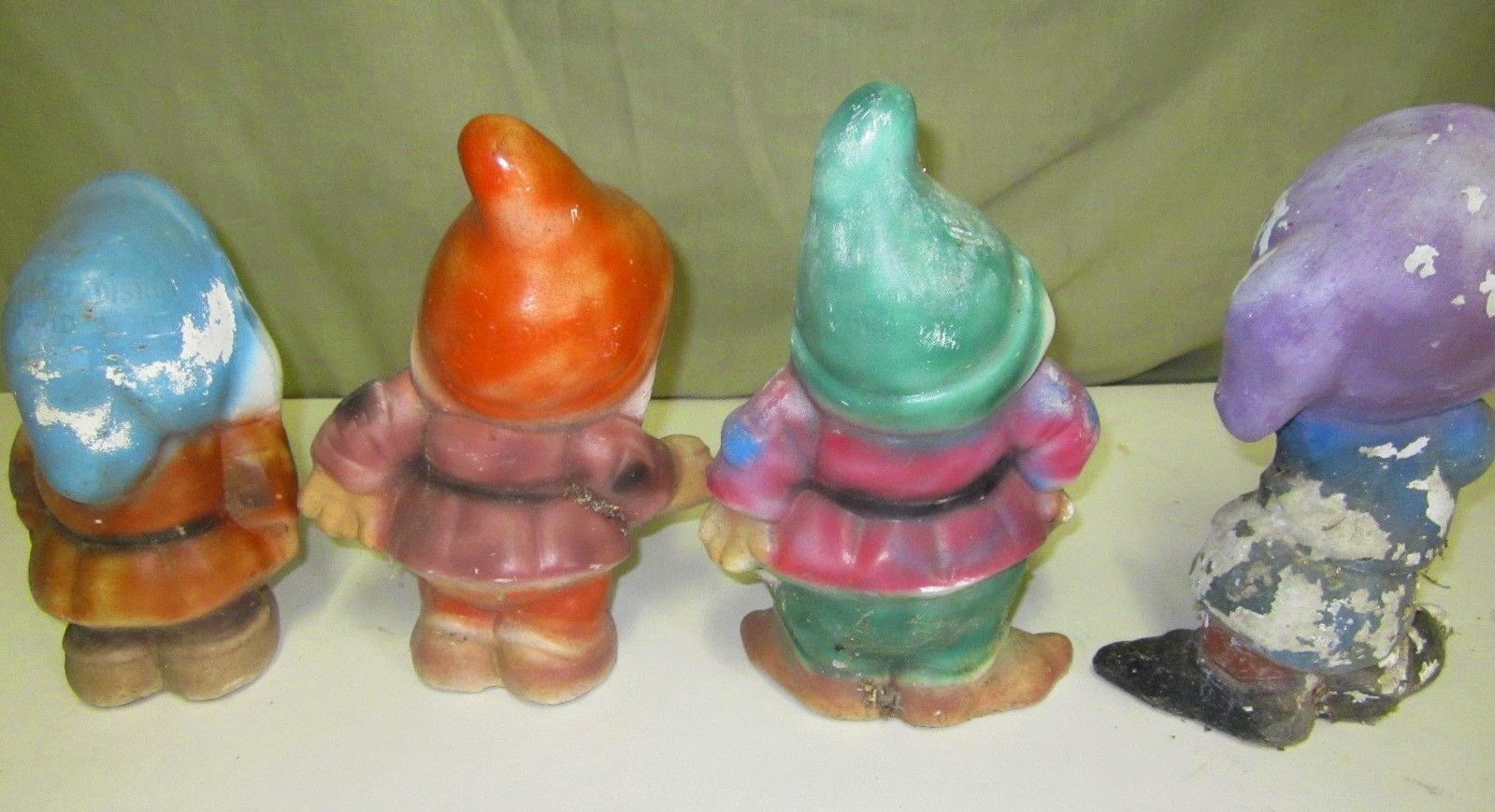 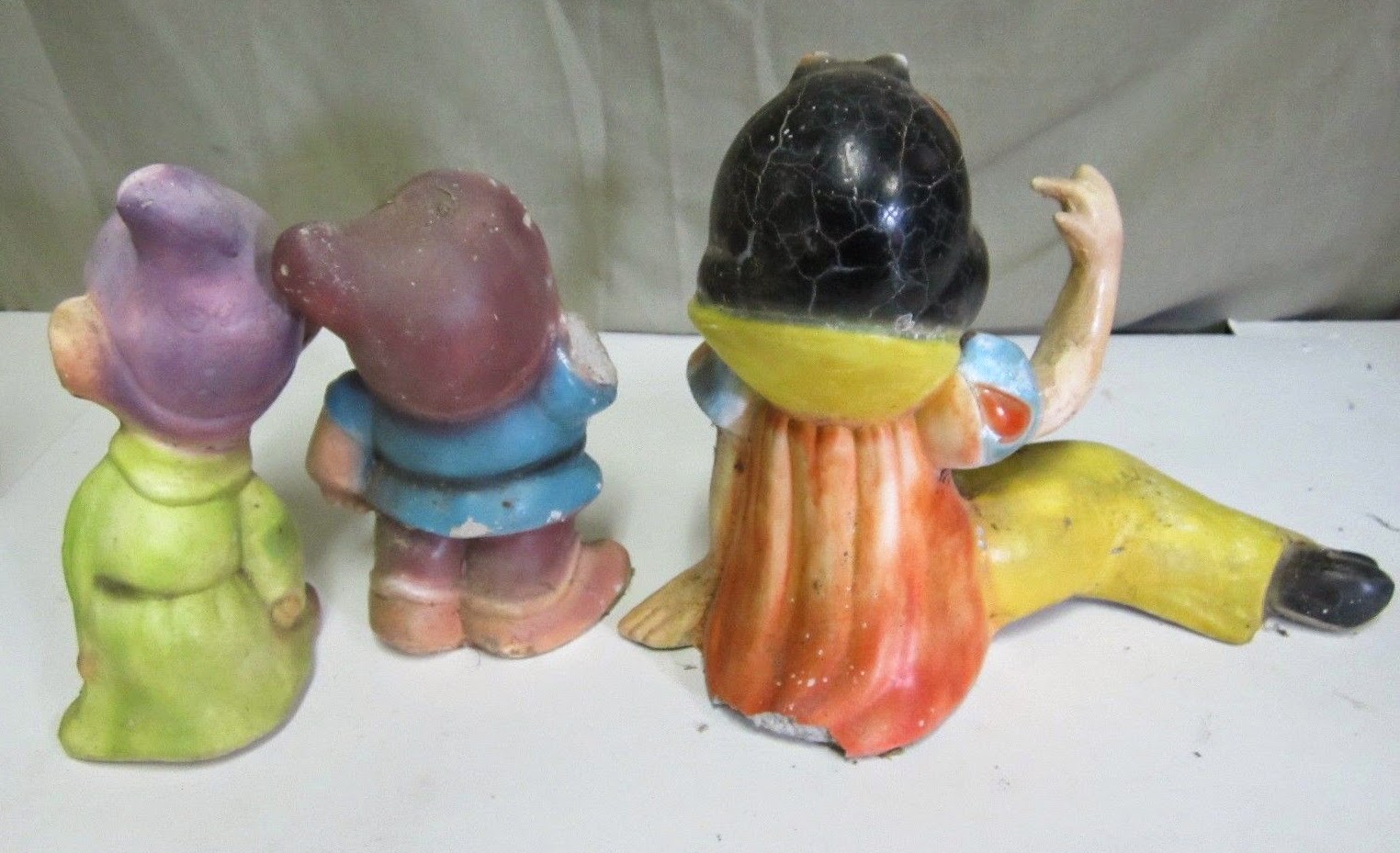 A standing Snow White is fairly common. This one measures 17". She's pictured with the same dwarf figures as above, though their colors differ. 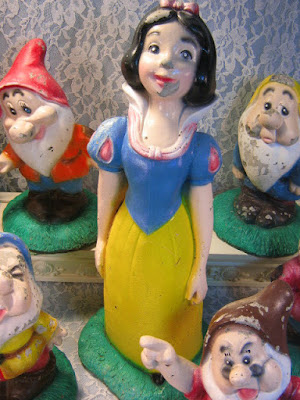 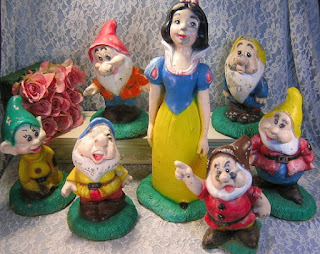 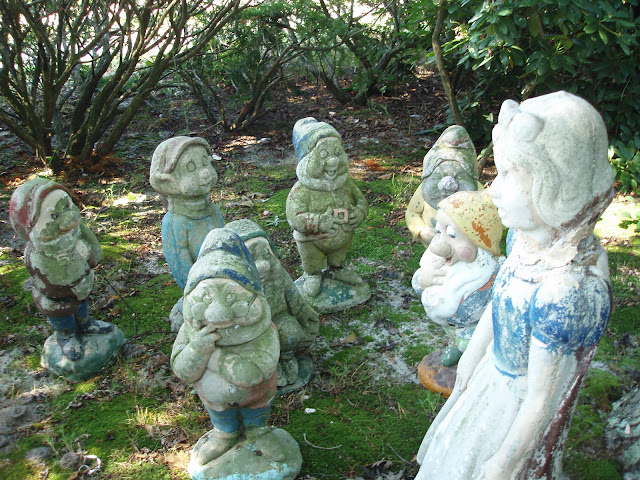 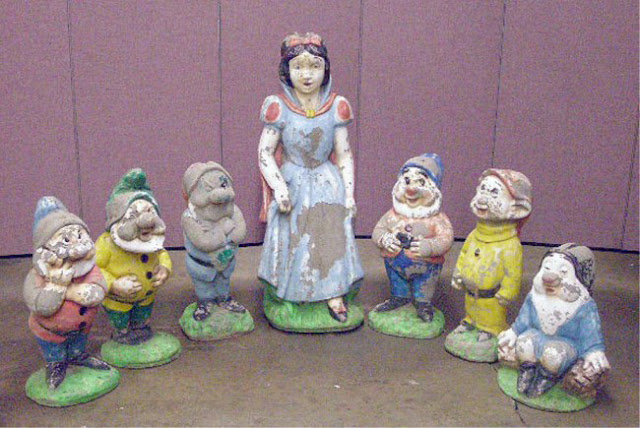 
This was only a sampling of the varied concrete Snow White sets that have been produced. More are out there, probably hiding in your neighbor's backyard or garden.
Posted by Snow White Archive at 12:01 AM