The WDI/Walt Disney Imagineering Stained Glass pin series was released on August 14, 2015 at the D23 Expo. Among the collection was this Snow White's Scary Adventures pin. Pewter. Measures approximately 2.5" across x about 2" tall. Limited edition of 300. Retail $18.95. 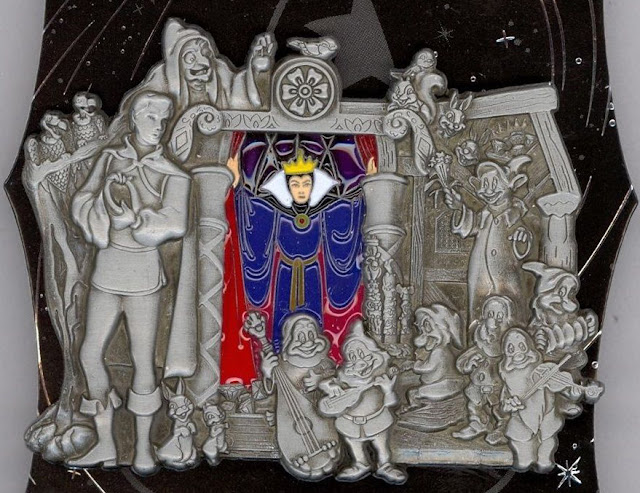 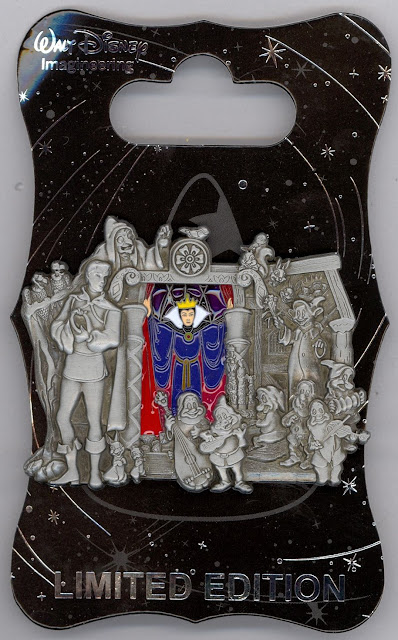 
Earlier that year, on January 14, 2015, WDI issued Snow White, the first in a series of Princess Stained Glass Framed pins. It was available only at Mickey's of Glendale to cast members and their guests. LE 300. Retail $16.95. 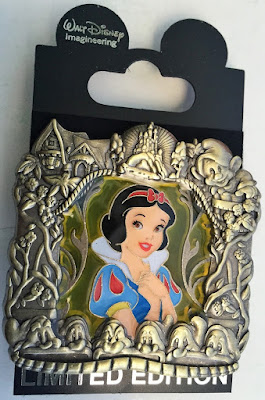 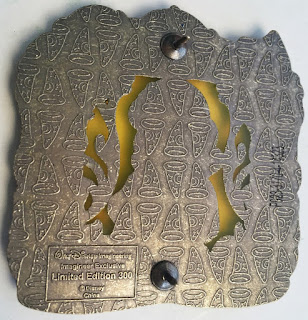 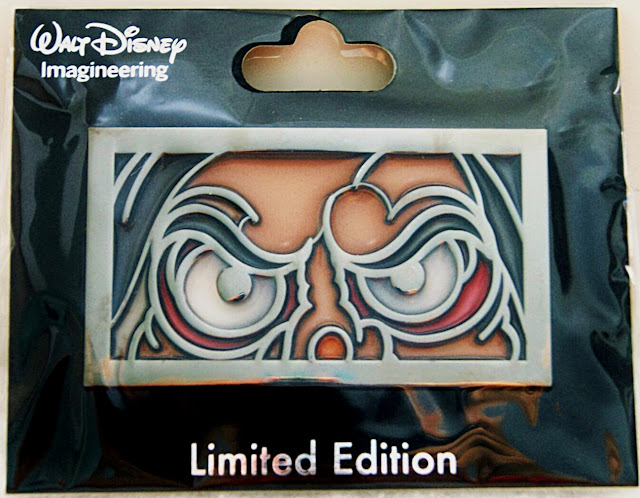 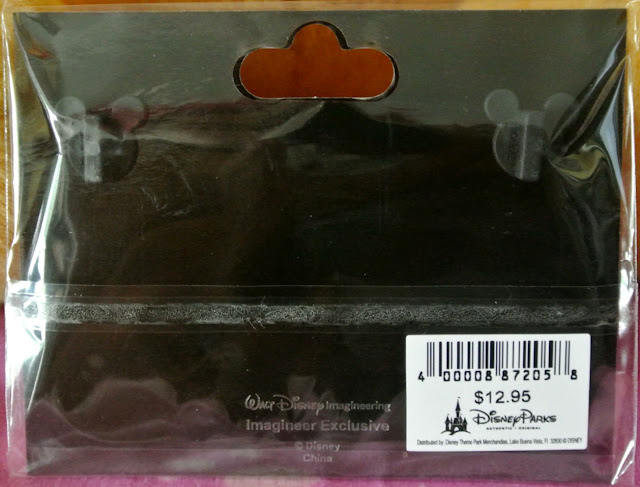 Several other Snow White "stained glass" pins have been produced.
Posted by Snow White Archive at 12:01 AM