Circa 1951, the Swiss chocolate company, Tobler, sponsored a Disney campaign in France where special character postcards were found inside packages of their candy. This handbill poster not only announces the card promotion but also the return of Snow White and the Seven Dwarfs to cinemas. Full-color illustration of Snow and Dopey on front side. Alice in Wonderland premiered that same year and its characters are featured on the back. 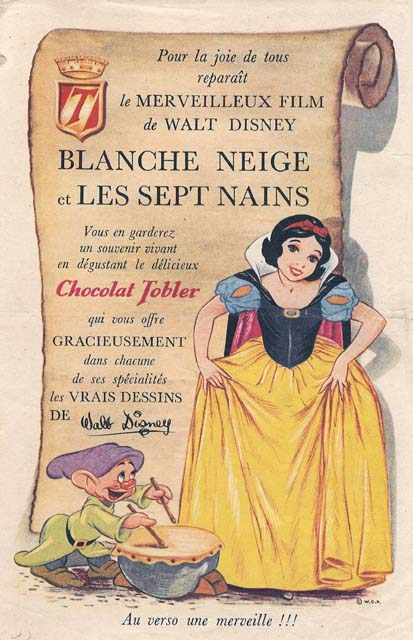 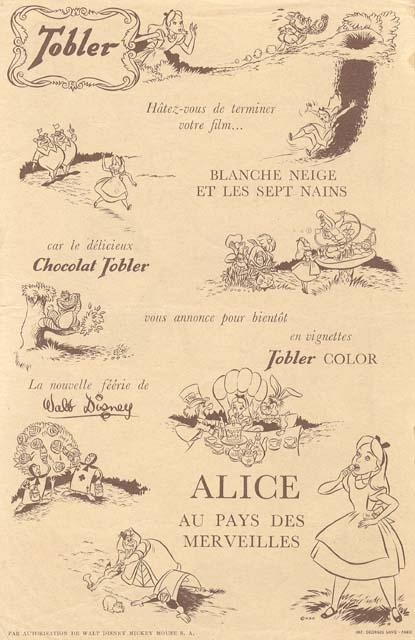 Poster image courtesy of Matt at Vintage Disney Alice in Wonderland. Also see a few of his Alice postcards here.

See the Snow White Tobler "sticker" book printed in Switzerland, and also one issued in Belgium.
Posted by Snow White Archive at 12:30 PM