With the massive 1938 box office success of Snow White and the Seven Dwarfs, demand was high for the music from the film. Numerous albums were released with different reworkings of the catchy tunes. One such collection featured the popular children's music recording artist, Frank Luther, along with his then-wife Zora Layman. They transformed the original Frank Churchill and Larry Morey songs into their own, adding colorful lines, verses, and sound effects. Additional credited performers included The Clubmen and whistler Bob MacGimsey 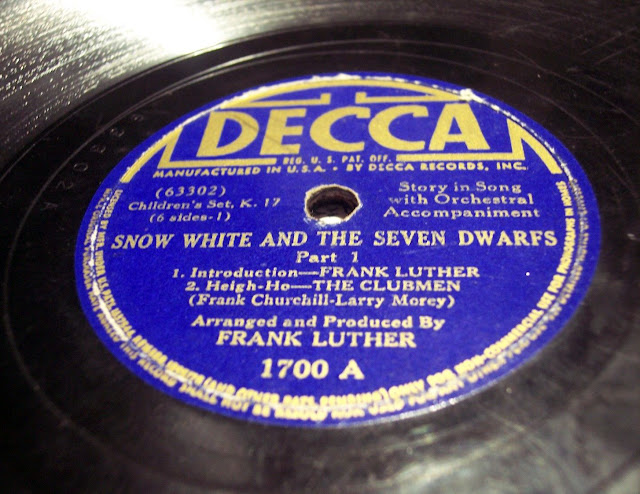 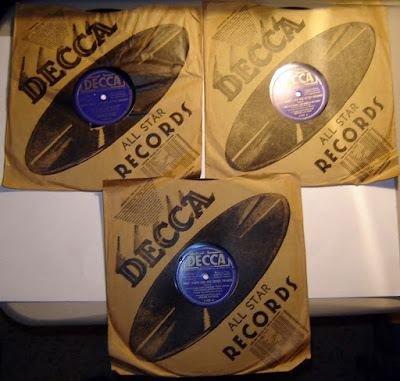 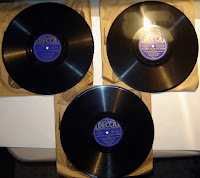 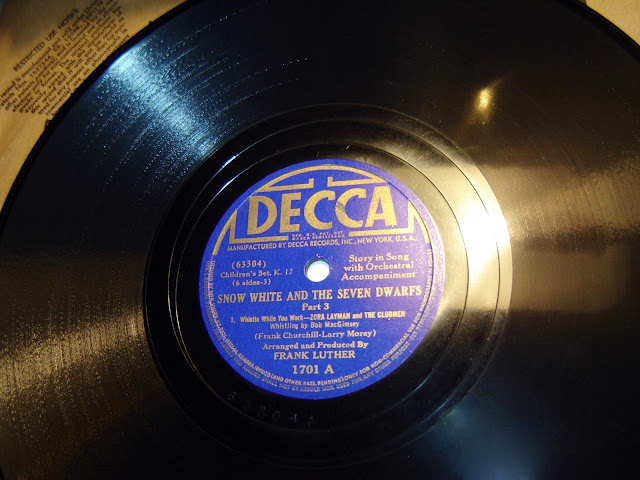 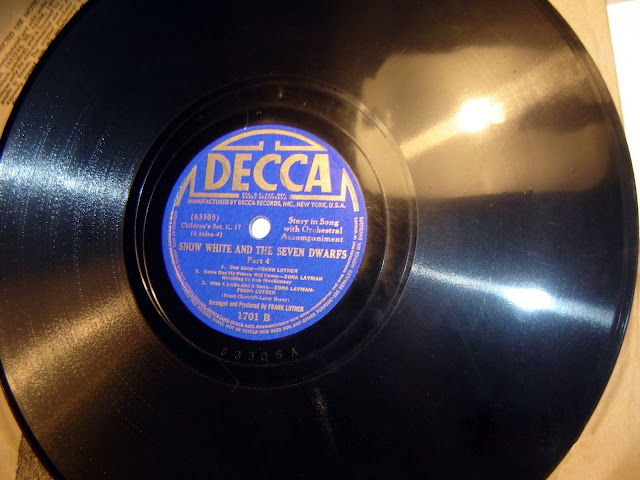 The record set was also issued in the United Kingdom. Decca Records catalog nos. F6649-F6651. Manufactured in England. First issued February 1938 (record sleeves not yet located). The Clubmen are referred to as The Century Quartet. 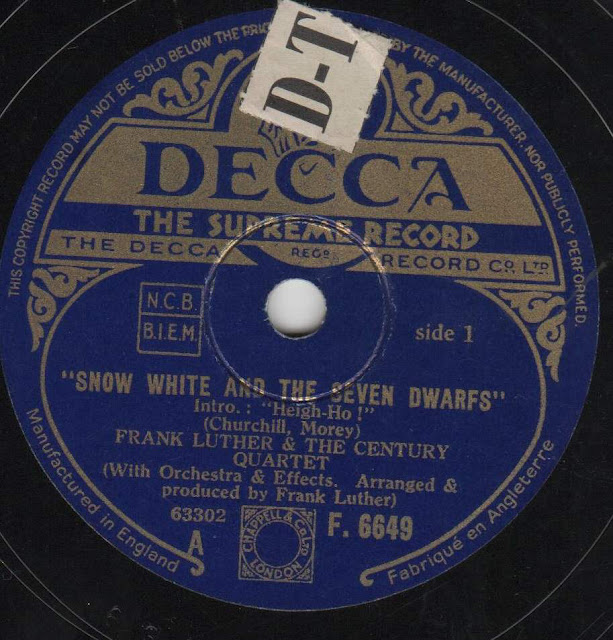 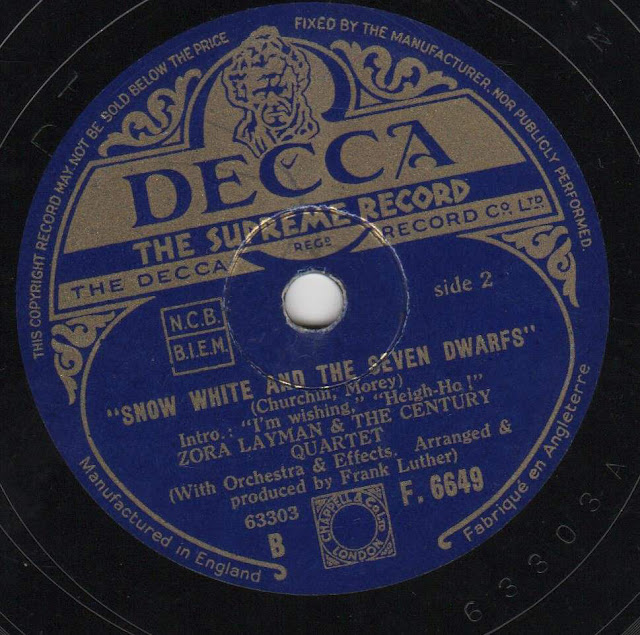 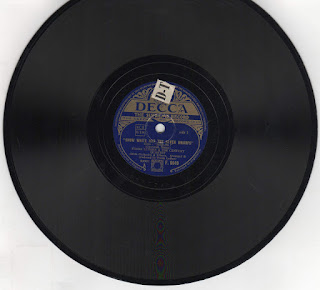 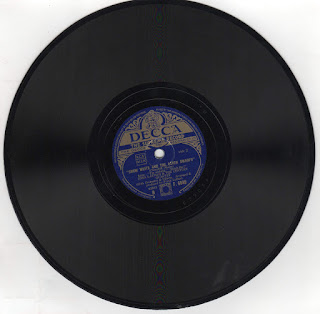 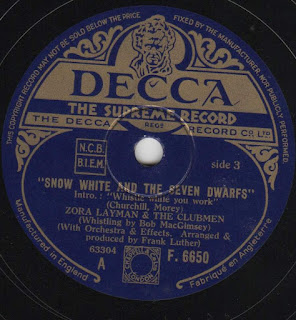 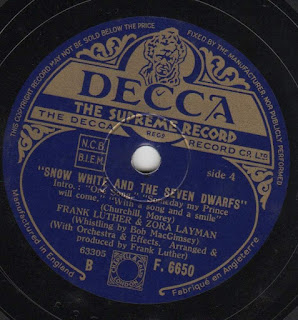 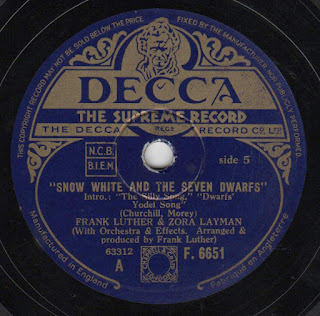 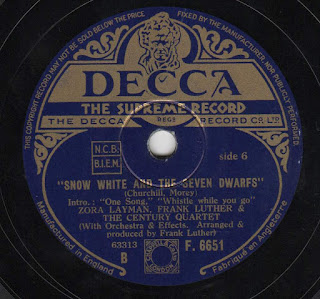 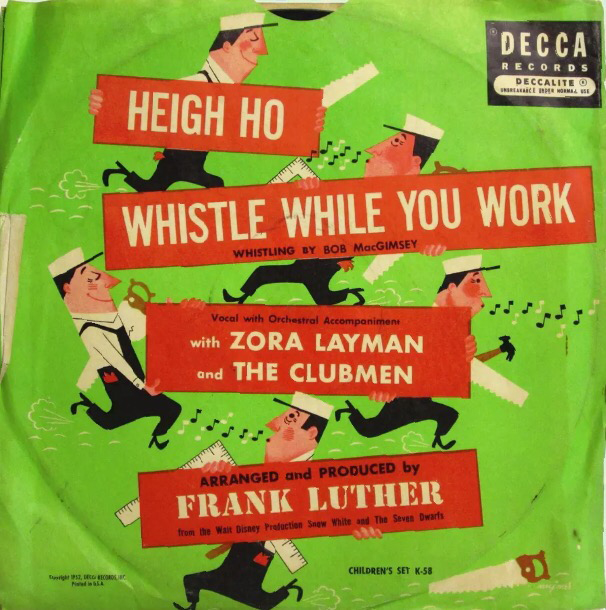 Special thanks to the Greg Philip Collection for sharing images and additional information.


The Clubmen also appeared on the 1938 Freddie Rich record set (next post).
Posted by Snow White Archive at 12:01 AM