Snow White figurine. Hand-painted glazed ceramic. Measures approximately 5" tall. Imported from Japan by Wales. Manufacturer's foil sticker often found on bottom along with another that reads, "© 1960 Walt Disney Productions". These figures were sold in conjunction with the Ingersoll character wristwatches (seen in an earlier Archive entry). 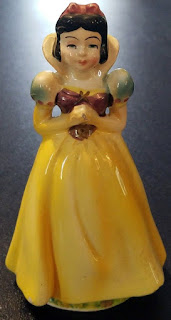 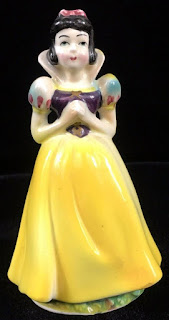 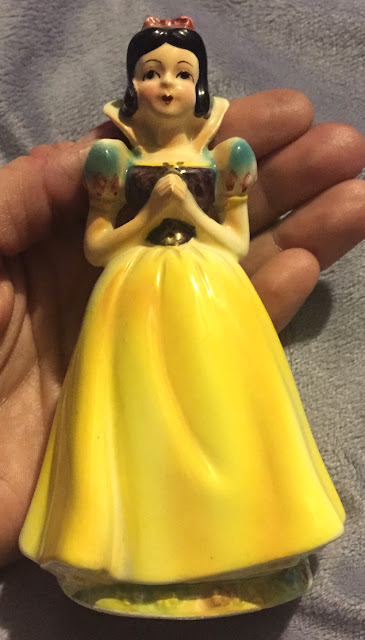 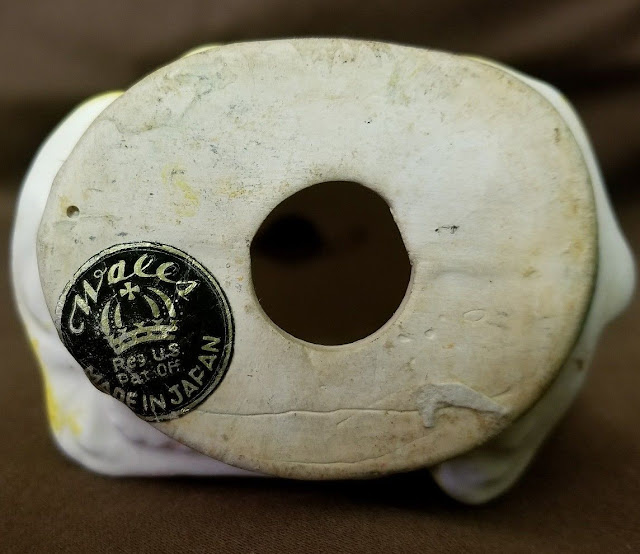 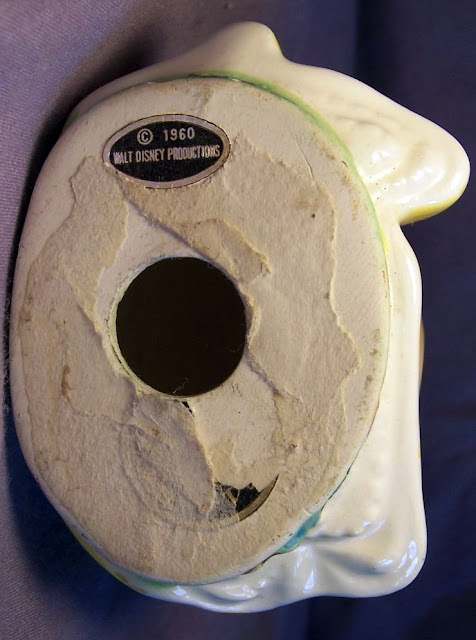 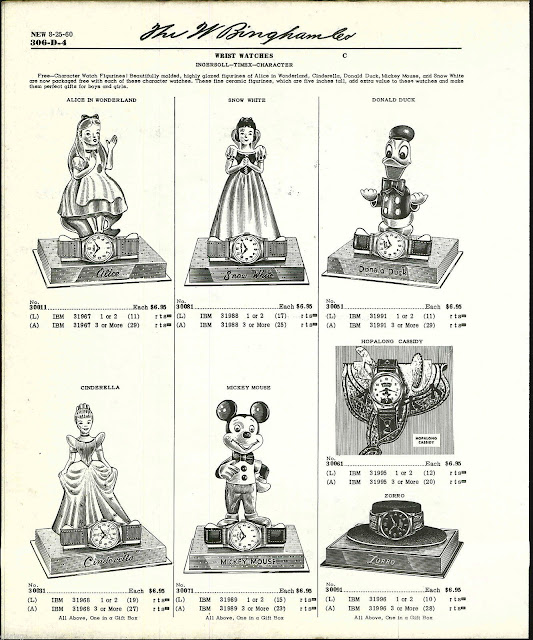 A two-page color ad from a 1962 publication. 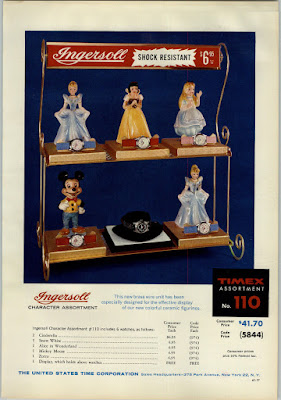 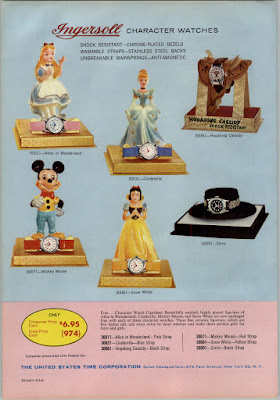 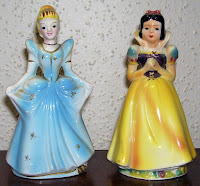