In no version of Snow White and the Seven Dwarfs were the voice talents listed in the movie credits. It was a different era. The acknowledgement of the animation artists was much more relevant to the Disney Studio than the actors who imbued the characters with life. When we look into the early international versions of this film, there are still questions as to who voiced certain roles. This ambiguity hovers over the original German-language recording probably more than any other.

There have been three different German soundtracks for Disney's Schneewittchen und die sieben Zwerge. The first dates from 1938. A few published books and online articles have made reference to this version, but they often contain conflicting details. However, we're in luck! At least some of this material has been sorted out through the research of numerous film enthusiasts who have looked extensively into this topic. The following details were generously provided by them.

In the early 1930s, Mickey Mouse shorts were well liked in Germany. And so it was hoped by Disney that their first feature would also be positively received. The audio for the German version was recorded in Amsterdam--along with the Dutch version--in the spring of 1938. Both dubs were done under the direction of Kurt Gerron (more about him below) and with the supervision of Roy Disney and Stuart Buchanan. 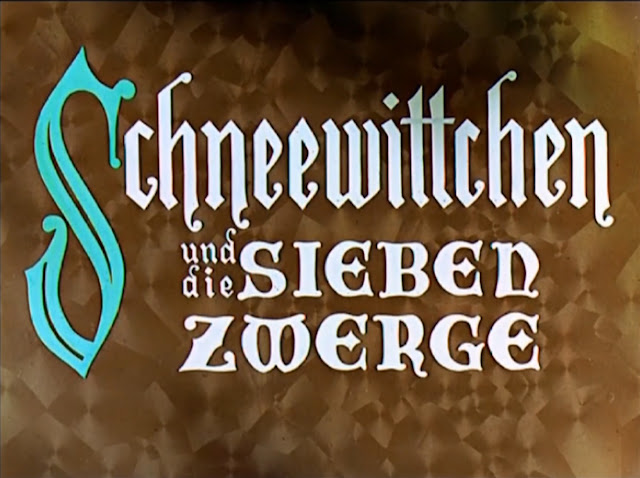 Earlier that year, distribution negotiations had started with German companies Bavaria Filmkunst GmbH and UFA. Apparently, Bavaria was willing to pay 700,000 marks for 120 planned copies. However, RKO demanded one million in American dollars. UFA was asked to withdraw so that they could seal the deal. Yet by September, negotiations had failed.*

Political considerations did not help the matter. Joseph Goebbels, the Reich Minister of Propaganda, admired Snow White and even tried to build up a German animation industry to rival the Disney quality. But as his own propaganda machine grew, so too did the anti-American sentiment. Anti-German attitudes were also on the rise in the States. It was only a matter of time before US films would be banned. All transactions between the Disney Studio and German film distributors came to a halt in March 1939.

Snow White was in the wrong place at the wrong time. The motion picture would not screen in Germany until 1950. Distributed by RKO, the first showing was in Cologne on February 24th. It was also re-released in December 1957.

The voice-actors: (Ages are listed at the time of the 1938 recording.) 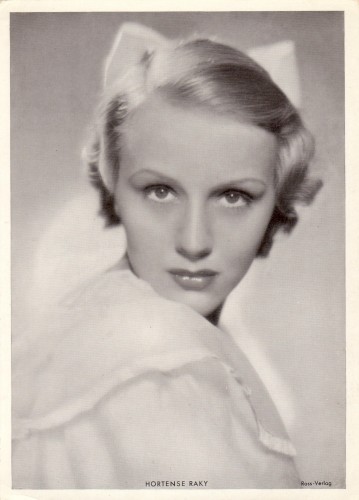 Listen to Hortense Raky speak and sing in this short clip from the 1938 film, Roxy und ihr Wunderteam (Roxy and Her Wonder Team). The song is Bitte, bitte heirat mich geschwind (Please, please marry me quickly). You can hear why Disney would have chosen her to play the princess. 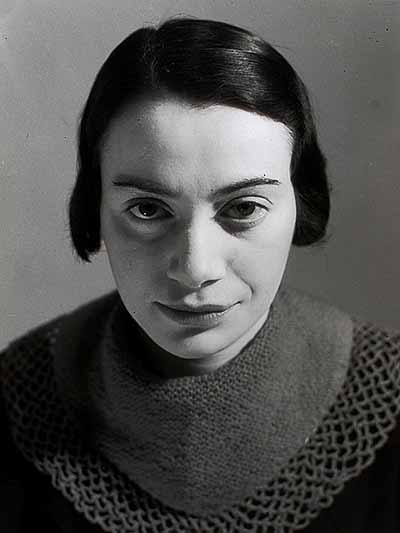 The Witch dialogue tracks sound quite different from those of the Queen. One website suggests someone named Mrs. Stern played the role of the Old Hag. Others have speculated that it might have been director Kurt Gerron's ex-wife, and that they may have divorced to protect her identity and those of their kids from the Nazis.

However, according to researcher Chir Mol, it was Dora Gerson who played the Queen and Witch. Gerson spoke with a slight Berlin dialect that can be heard in the Witch's lines. 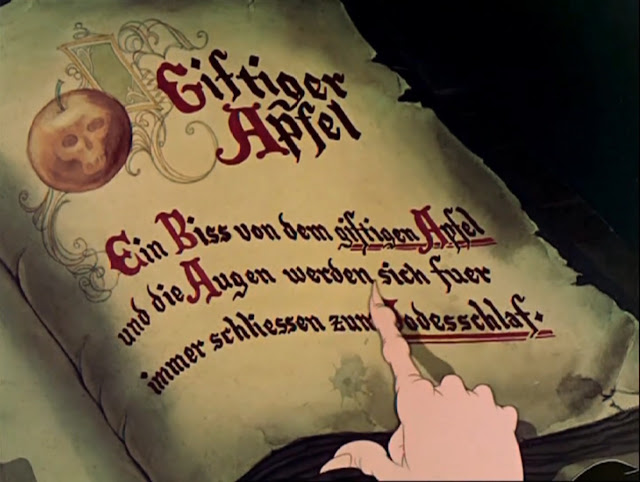 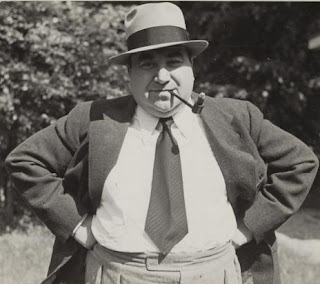 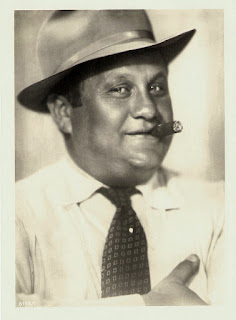 
Gerson and Gerron's terrible fate is briefly retold in the 2017 book, Acting and Character Animation by Giesen and Khan. They also mention Frieda van Hessen who was a Holocaust survivor. She is often mistakenly identified as the singing voice of Snow White for the German dub. Rather, she voiced that role for the Dutch recording. 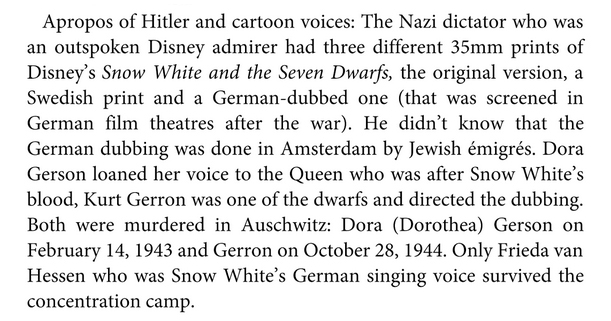 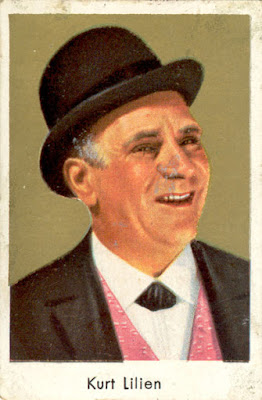 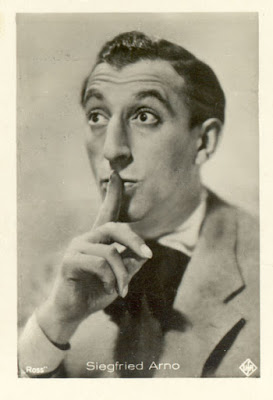 As stated, Schneewittchen did not screen publicly in Germany during this period. And yet, the Germans did have a copy. This is a 1938 archive memorandum stating that it was being housed at the Reich Film Archive (Reichsfilmarchive) in Berlin. In the box to the upper right, they also mention the English, French, and Dutch versions. The Reichsfilmarchive was captured by the Russians in 1945 and most of the film material was taken or lost. 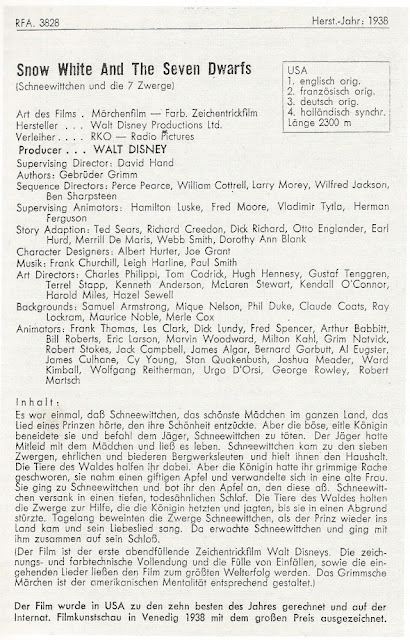 
The original German version did have a premiere in 1938. It was on December 17th in Switzerland. Nearly ten years later on June 25, 1948, it was released at a gala premiere in Vienna, Austria. (This is why it is sometimes referred to as the Austrian version.) And as mentioned, it finally premiered in West Germany on February 24, 1950, with another re-release occurring in December of 1957. 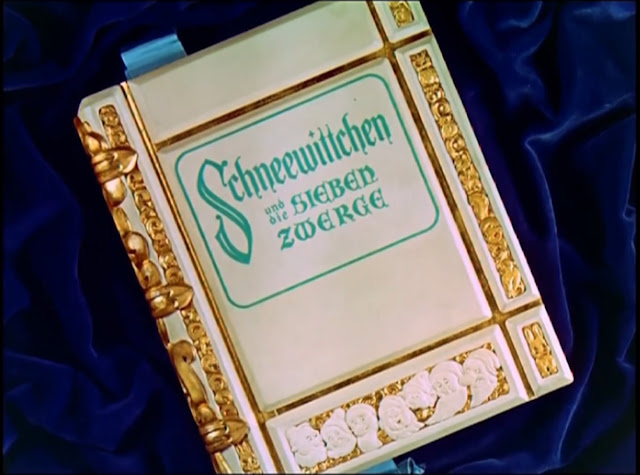 A brand new dubbing with updated voice talent was eventually commissioned by Disney. It premiered on November 18, 1966 in West Germany. Snow White was played by Uschi Wolff (speaking) and Susanne Tremper (singing). Gisela Reißmann was both Queen and Witch.

A third dub was issued for the 1994 home video release. Snow White was voiced by Manja Doering (speaking) and Alexandra Wilcke (singing), the Queen by Gisela Fritsch, and the Witch was Kerstin Sanders-Dornseif. This is the only version currently available to the public, though clips from the others can be found on youtube.

This post would not have been possible without the invaluable contributions of Greg Philip of A Lost Film, as well as the dedicated research of Daniel Drews, Chris Mol, Holger Paulsen and Christoph Nestel.

* Info on distribution negotiations via Sébastien Roffat, Histoire du dessin animé français entre 1936 et 1940 (History of the French Cartoon Between 1936 and 1940), published 2014.
Posted by Snow White Archive at 12:01 AM