In 1983, Del Monte ran a Parade of Savings promotion which coincided with the re-opening of the New Fantasyland at Disneyland. A merchandising kit was made available that featured six Disney-themed double-sided posters to be hung in supermarkets. Each measures 25" x 35". In addition, a 25" x 70" store banner was also included.

Snow White and the Seven Dwarfs were part of the promotion. 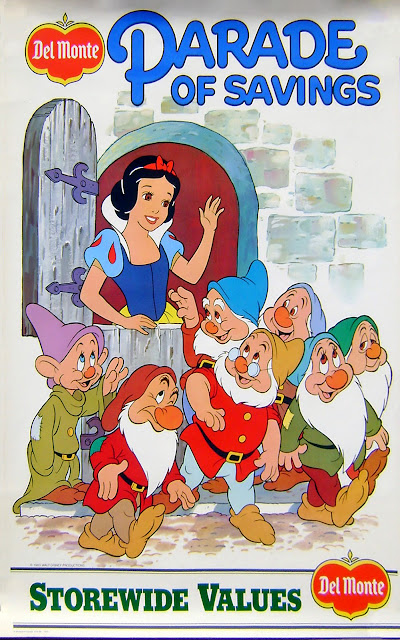 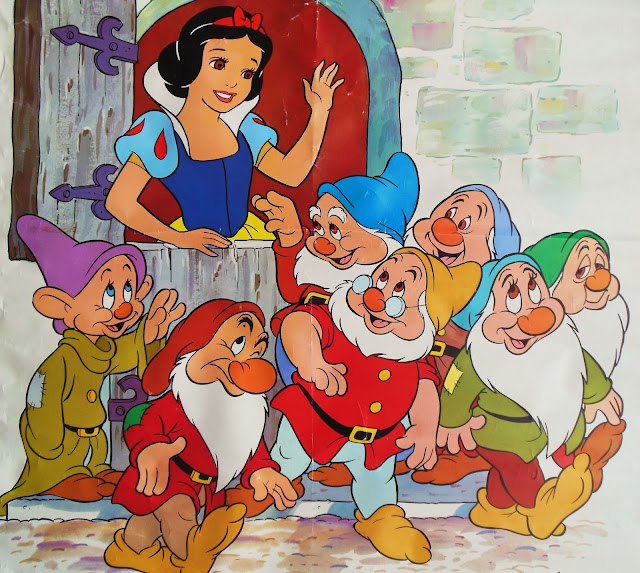 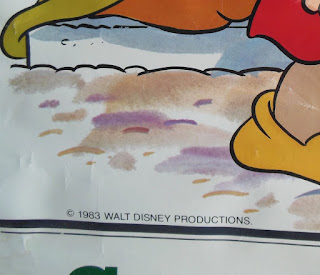 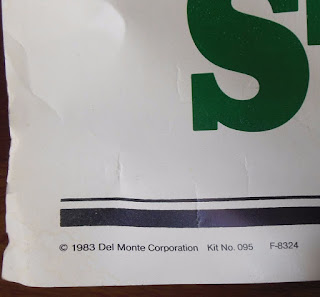 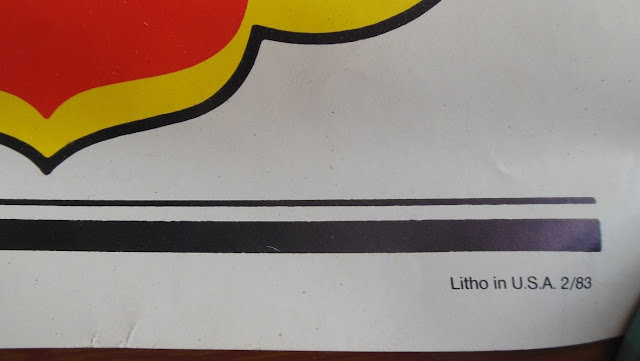 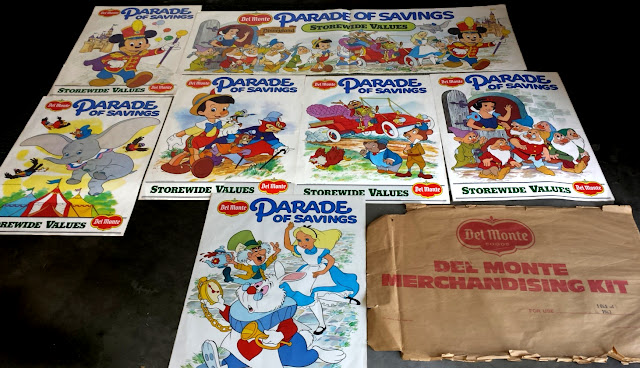 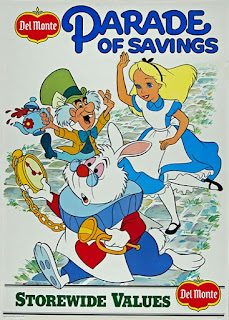 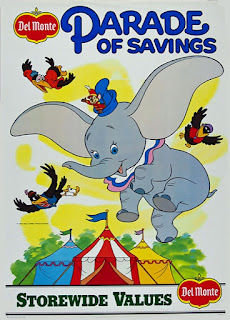 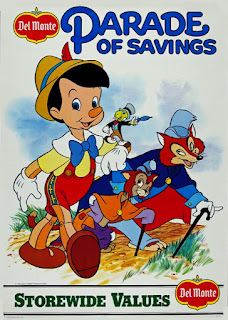 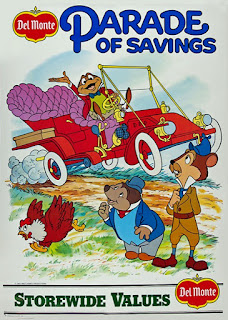 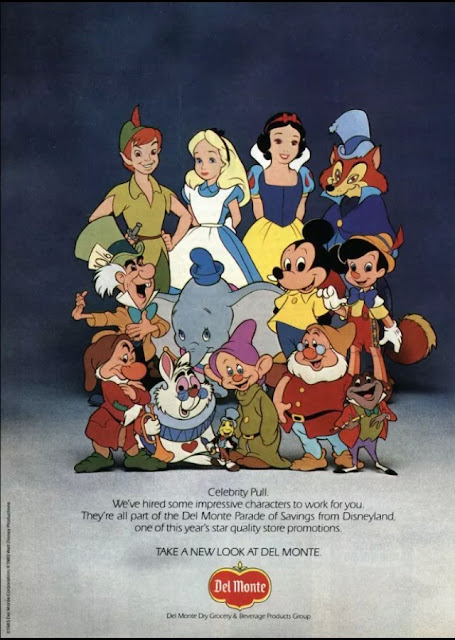 They also aired Parade of Savings commercials during a one-hour Disneyland New Fantasyland TV special entitled, Believe You Can...And You Can. It starred Heather O'Rourke and Morey Amsterdam. 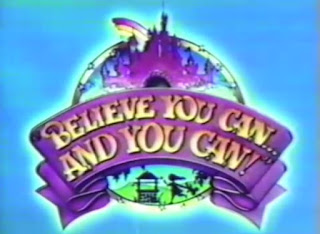 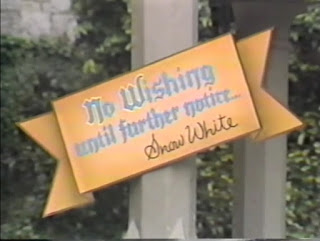