Louis Marx was the company behind the popular 1960s Disneykins plastic figures (learn all about them in an earlier Archive entry). Those released in the US were hand-painted. However, the same molds were used for unpainted figures issued in Mexico. 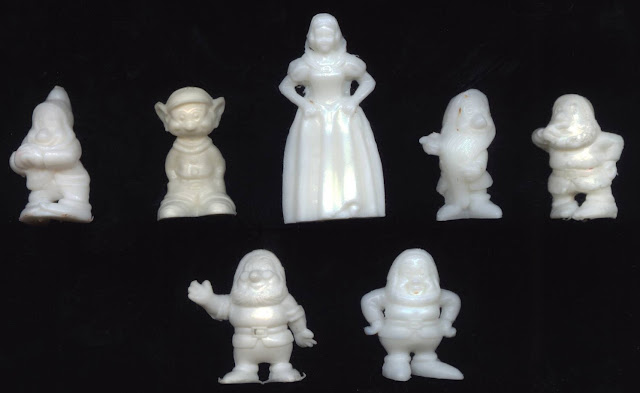 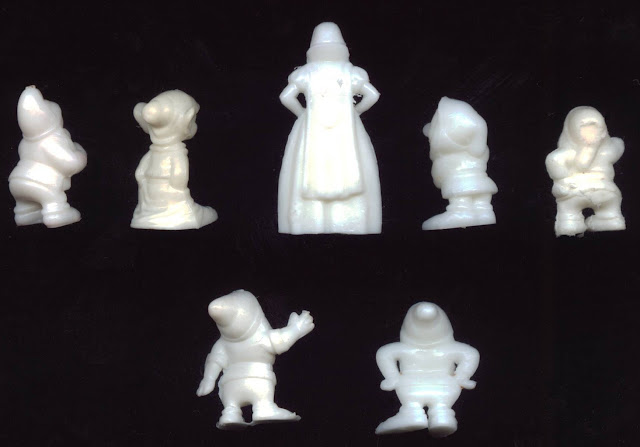 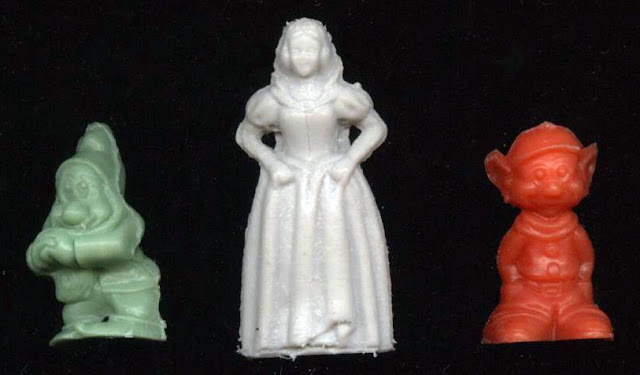 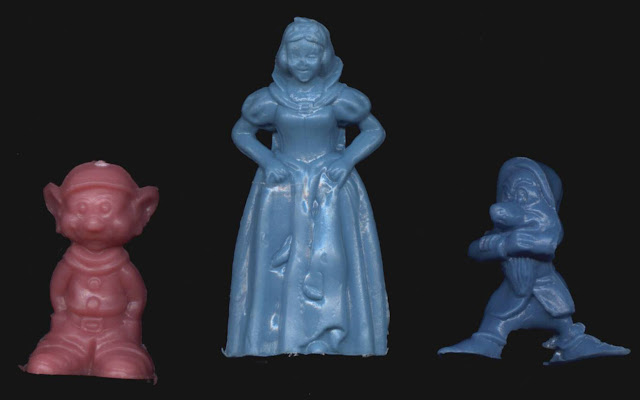 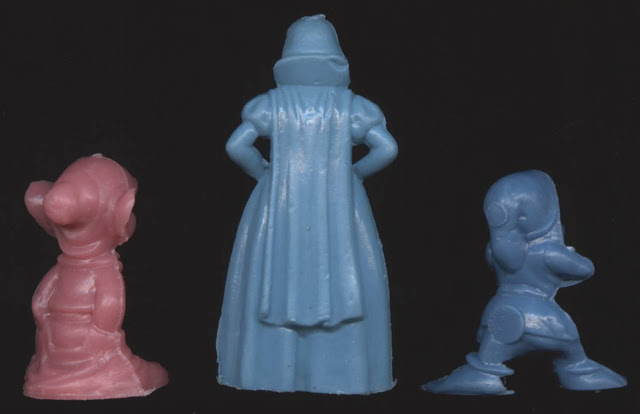 A collection of 18 different Disneykins could be had by redeeming specially marked Coca-Cola bottle caps at Sears stores or through Walt Disney comic books. The premium also included little paperboard pictures of the Disney characters. Kids could use these as color guides to assist in the painting of their Disneykin figures. 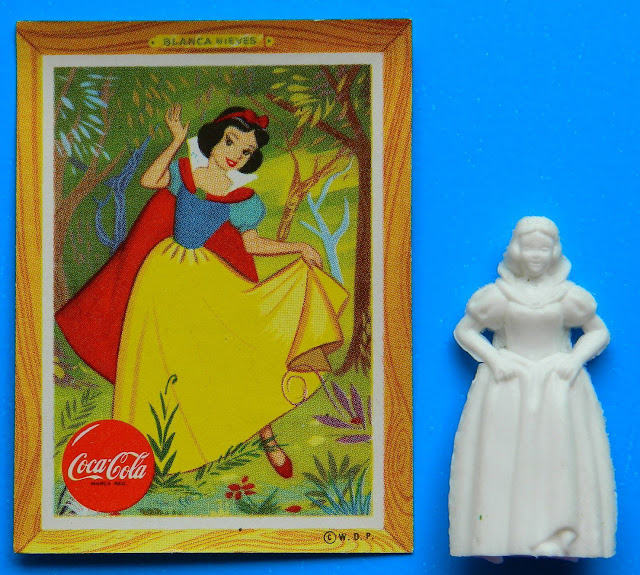 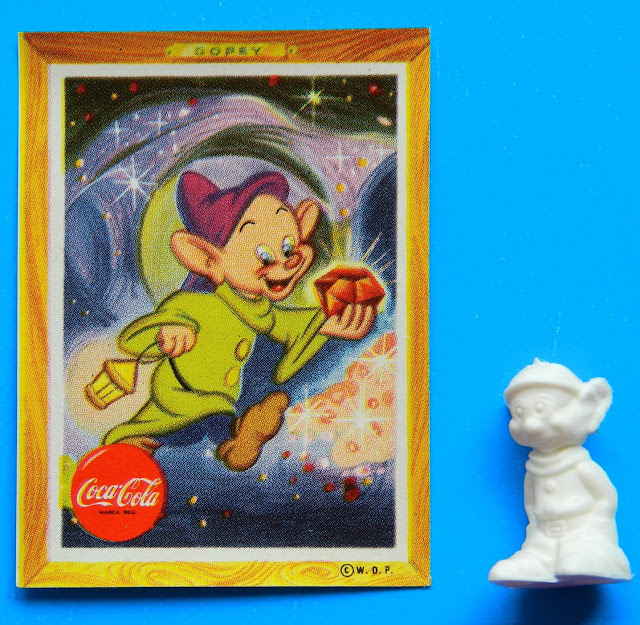 A couple of others in the series. 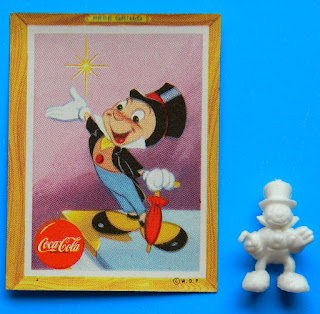 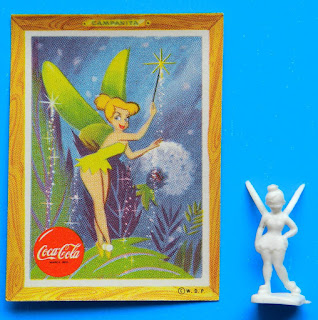 An advertisement for the Coca-Cola premiums. 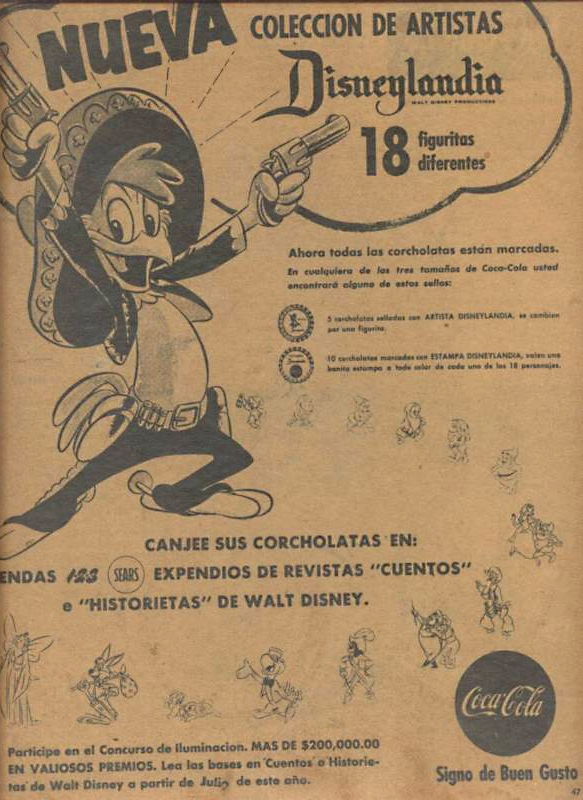