Les Touistitis was a French children's singing group (two girls and a boy). They produced several 45 rpm records on which they mainly did covers of other songs. They had a real "modern" early sixties sound which adds some flavor to the two Snow White tunes they recorded, Heigh-Ho and Whistle While You Work. Two non-Disney songs are found on the flip side. Released on the Ducretet Thompson record label. No. 450 v 456. Made in France. 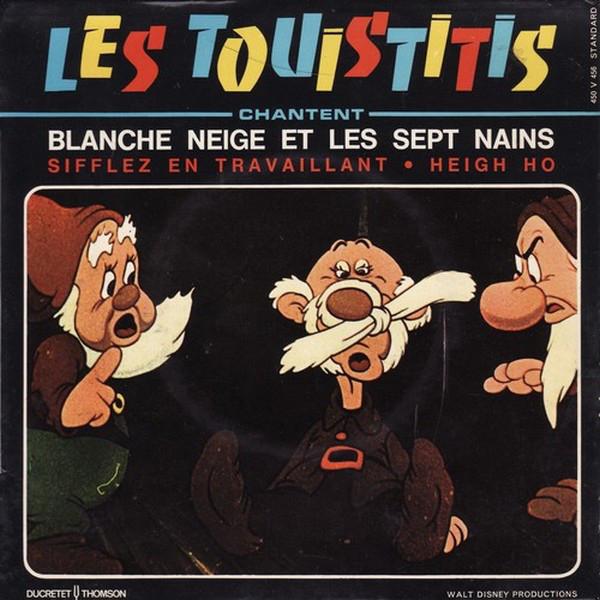 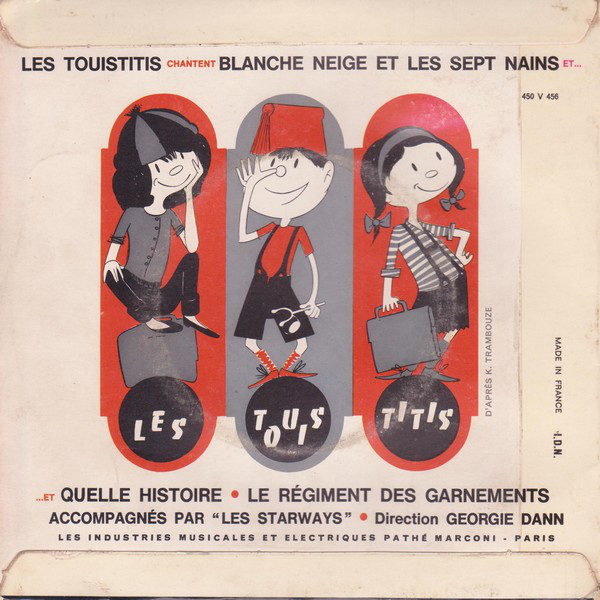 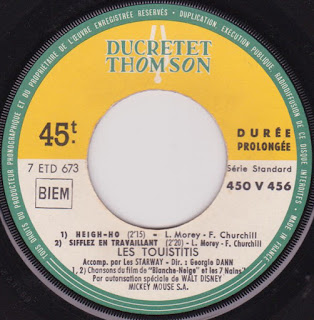 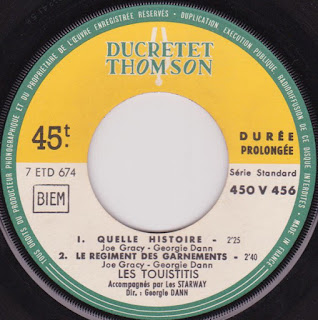 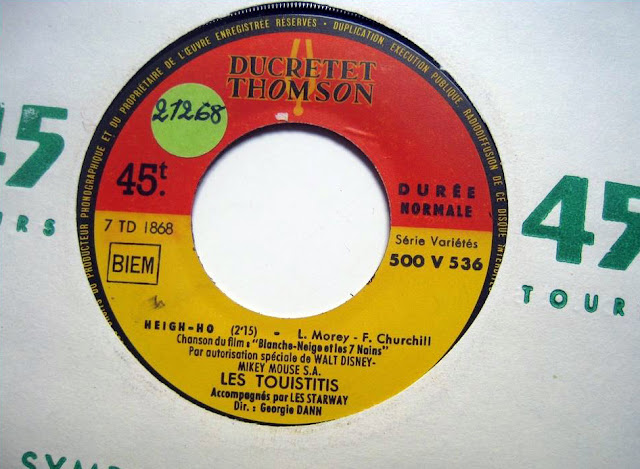 Special thanks to the Greg Philip Collection for the additional image and information.


The kids are pictured on the cover of another of their records. Adorable! 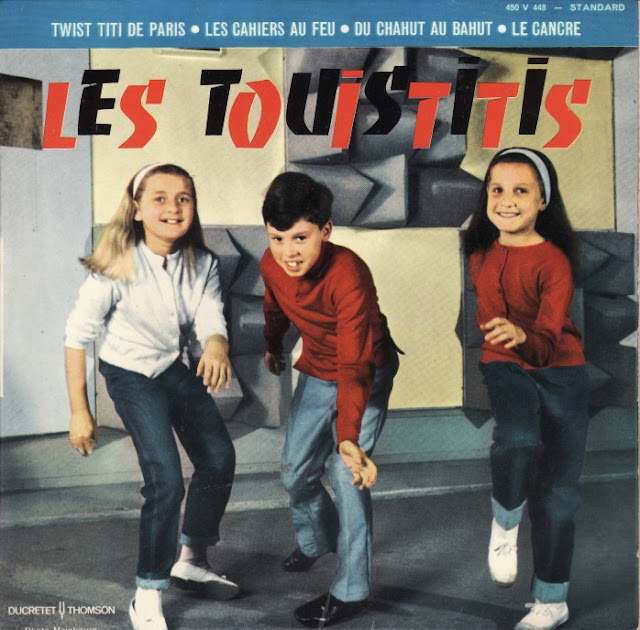