These two vintage Snow White images come from Patrick over at the Stuff from The Park blog. They feature the shield signage at the front entrance to Disneyland's Snow White's Adventures Ride. The 1966 photo below predates the addition of the word "Scary" to the title of the ride--added later as a way making parents aware of the potential frightening nature of the attraction for small children. 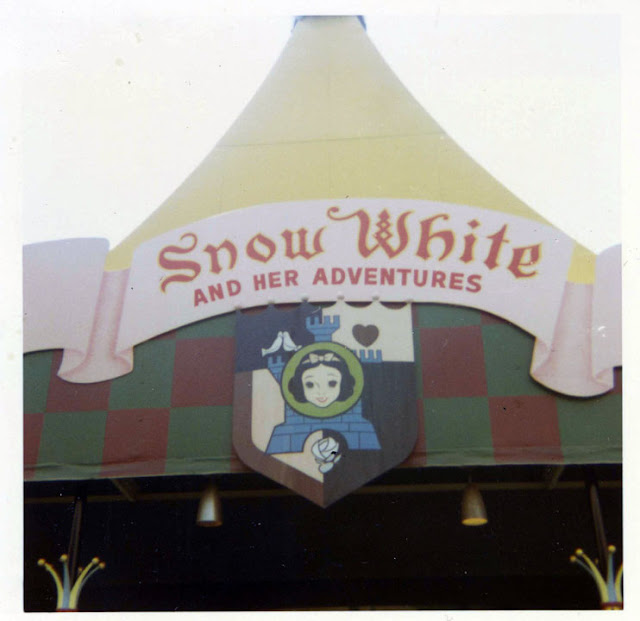 1966 image courtesy of Matterhorn1959 via Stuff From The Park.


All courtyard Fantasyland rides carried a sign at the entrance which displayed the character's "insignia" in shield form. Snow White's contained the face of the princess inside a green circle in front of a blue castle. Two doves sit on the top left of the castle, a heart floats above to the right and a rose is centered below.

This 1960 large size positive slide (below) taken by a park employee shows that...


the old style Fantasyland was a very festive and colorful place. The buildings were not much to look at, but the imagineers did try to conceal them with bright painting, wonderful attraction designs and drapery. The concept was that the castle was decorated for a jousting tournament. The shield designs on each of the attractions helped to further the concept. And the murals by the load area were the best renditions of the characters.  Stuff From The Park 1960 image courtesy of Matterhorn1959 via Stuff From The Park. 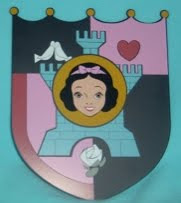 In celebration of the 50th anniversary of Disneyland Park back in 2005, a Limited Edition of 1500 tin shield signs were produced. The screen-printed metal shields were patterned after the original artwork. Replica size: 9.875" x 8.25".

Sold in a set of 4, the other signs included Mr. Toad's Wild Ride, Peter Pan's Flight, and the Matterhorn Bobsleds. Original retail price $79.95. 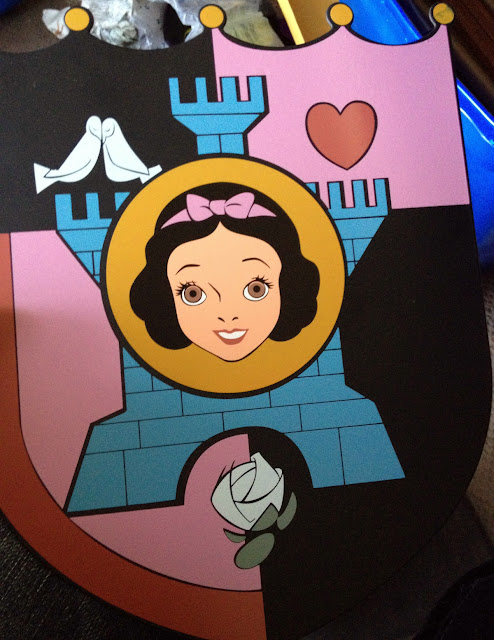 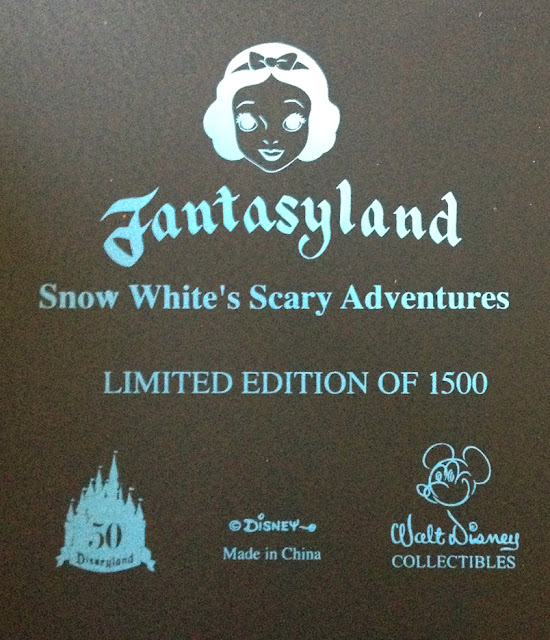 The set of replica signs appeared in the Holiday 2005 Disney Catalog... 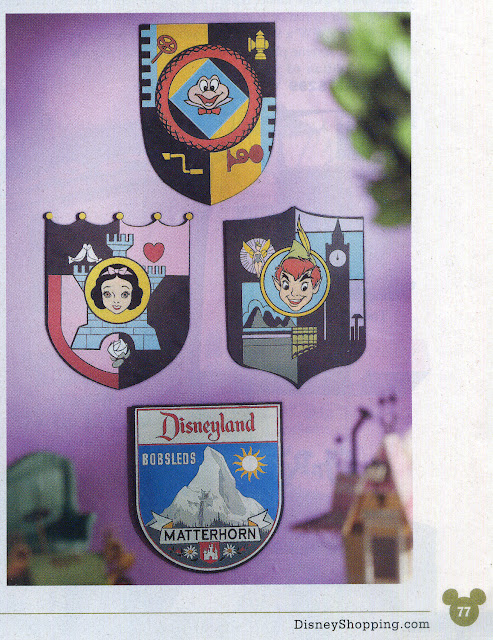 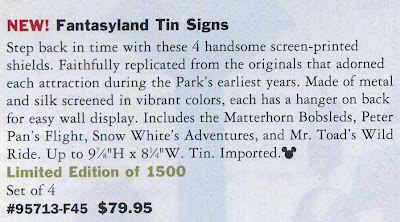 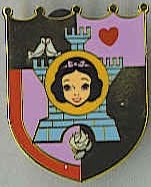 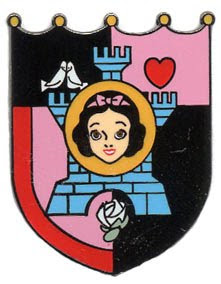 
The first sold as a set with three other pins. It's back was gold and stamped with 17, © Disney and China. The second pin was part of Fantasyland boxed set (below). Slightly larger, it was silver and backstamped with the castle icon and Disneyland 50th, LE 1500, ©Disney, CHINA. The set was designed by artists Jody Daily and Kevin Kidney. 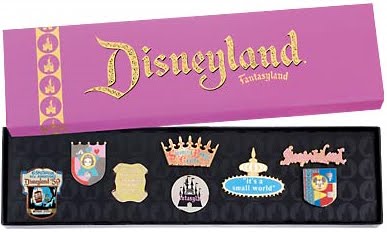 
Snow White Collector Note: Be advised that there are unauthorized versions or "scrapers" of Pin #42489 being sold from China. Thus the authenticity of this pin cannot be guaranteed unless purchased directly from Disney. 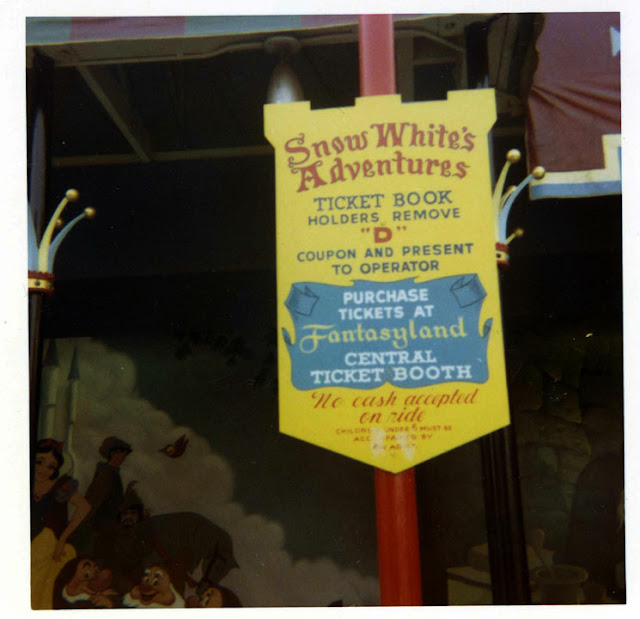 1966 image courtesy of Matterhorn1959 via Stuff From The Park.
Posted by Snow White Archive at 6:17 AM