Pascal Krug was a child singer known as Le Petit Prince (The Little Prince). In 1965, he released a 45 rpm disc on the Riviera label. No. 231.019 M. This record has only a slight connection to Snow White. The sleeve cover does show a photo of Pascal with his arms around statues of Bashful and Dopey. However, there isn't much else.

The fourth song, Ces gens-là ("These People"), includes a lyric where he sings,"Snow White and the Seven Dwarfs is a story I like, that I've read countless times, and that I've seen at the movies." He goes on to sing about Pinocchio and Cinderella and how he bemoans the fact that he's never seen "ces gens-là" walking by him in the street. That's it. 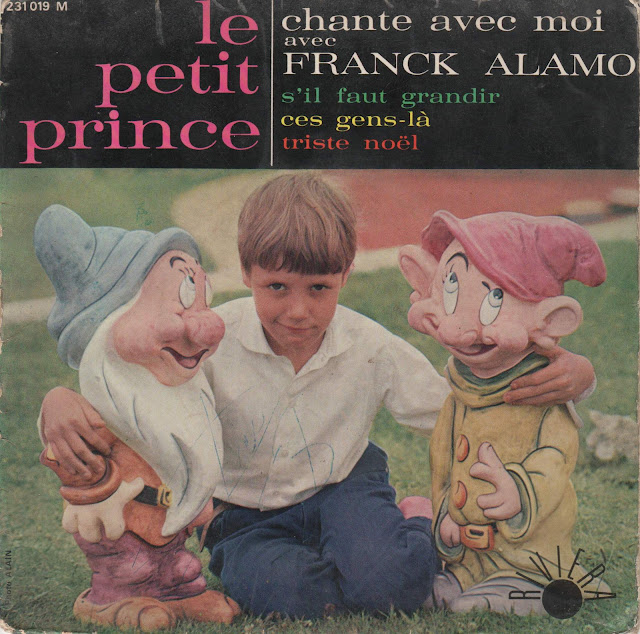 Sixties French pop singer, Franck Alamo, almost gets more billing on the record cover than Pascal. The two sing a duet together on the third track. 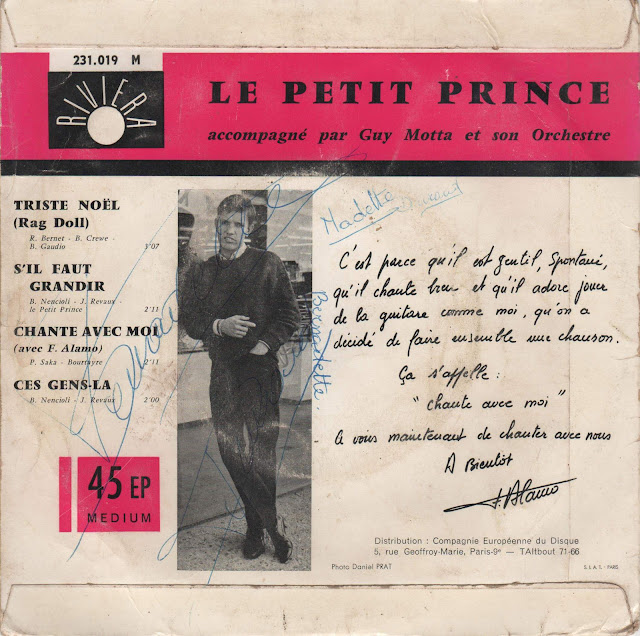 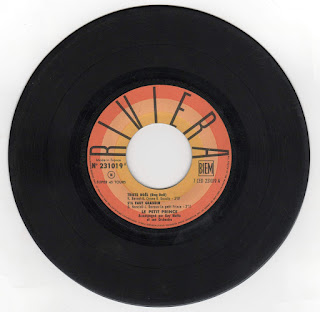 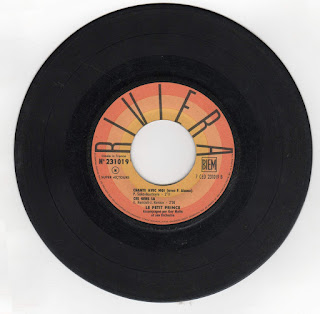 Images and info courtesy of Greg Philip at A Lost Film.
Posted by Snow White Archive at 3:30 PM