In the short video below, hollywoodstories.com storyteller Stephen Schochet shares the well-known anecdote involving Lucille La Verne and her recording session for Snow White and the Seven Dwarfs. The actress who voiced both the Evil Queen and the Witch achieved that distinctive sound for the more ragtag of the two characters through some very original improvisation. 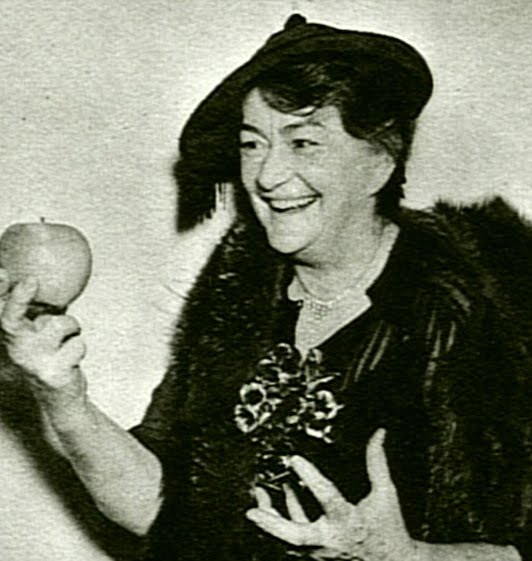 
Schochet is author and narrator of numerous Hollywood tales including the audiobook Fascinating Walt Disney. In the bonus video below, learn anecdotal information about Charlie Chaplin, Douglas Fairbanks, and Sid Grauman as well as Mary Pickford and how she was inadvertently responsible for the creation of the handprints in cement at the Grauman's Chinese Theatre Forecourt.

Posted by Snow White Archive at 6:33 AM