There was a lot of promotional buzz associated with the release of Snow White and the Seven Dwarfs on Blu-ray last October, but none probably more distinction than this set of solid gold figures featuring the princess and all seven dwarfs. Produced in Japan, it took 15 artisans six months to create. They used 1.6kg of solid gold in the set that is valued at 30 million yen! It also included an apple with 11 diamonds (1.6 karats approx). 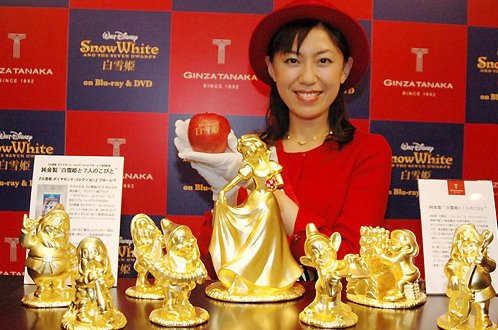 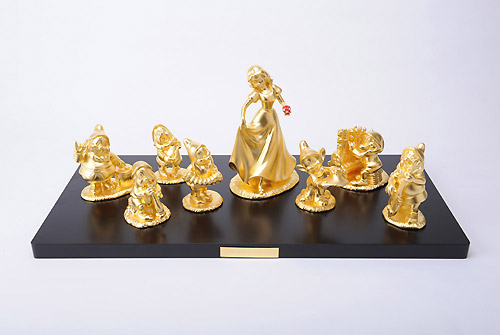 The set was designed by Tanaka Kikinzoku, a retailer of precious metals and jewelry, in celebration of the Blu-ray release. It traveled to five cities in Japan, starting at the Ginza Tanaka headquarters in Tokyo on November 5 before visiting Shinsaibashi, Nagoya, Sendai and Fukuoka through December 25 of last year. Since it was not for sale, one has to wonder in whose hands the set finally ended up.
Posted by Snow White Archive at 6:39 AM