It was during the first DVD release of the film that this elaborately detailed Snow White hourglass snowglobe was introduced in the Disney Catalog. 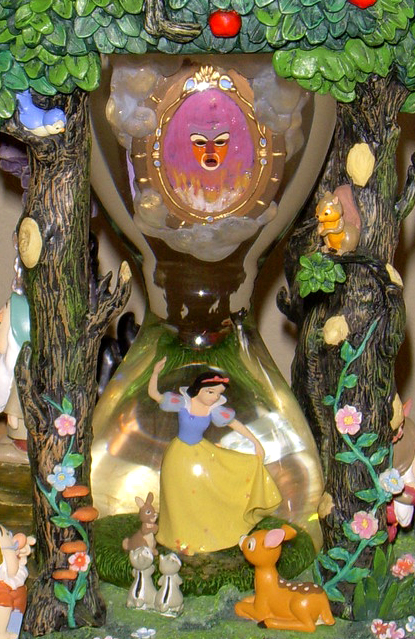 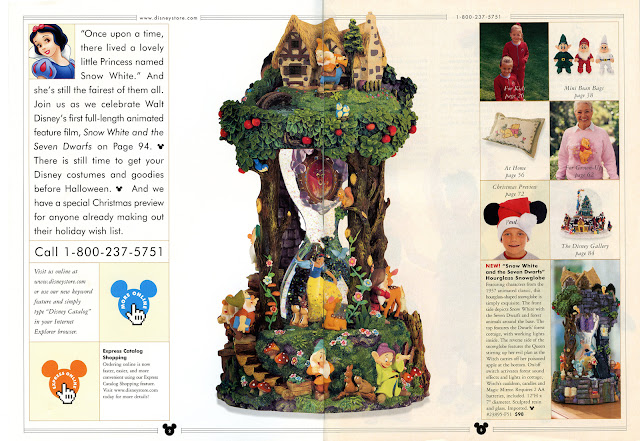 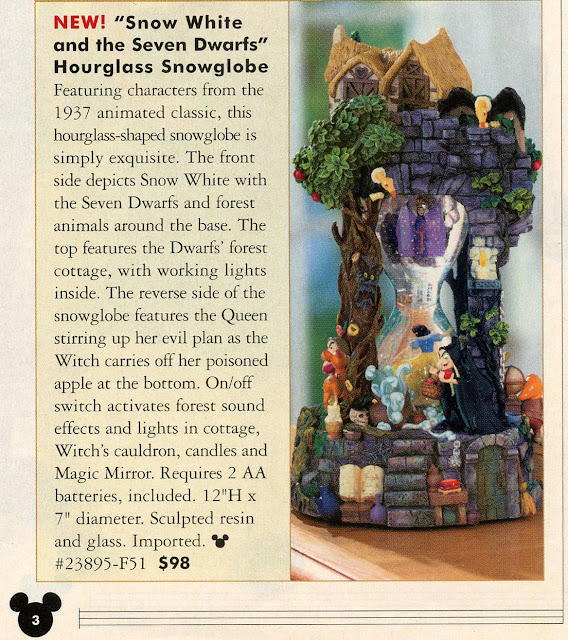 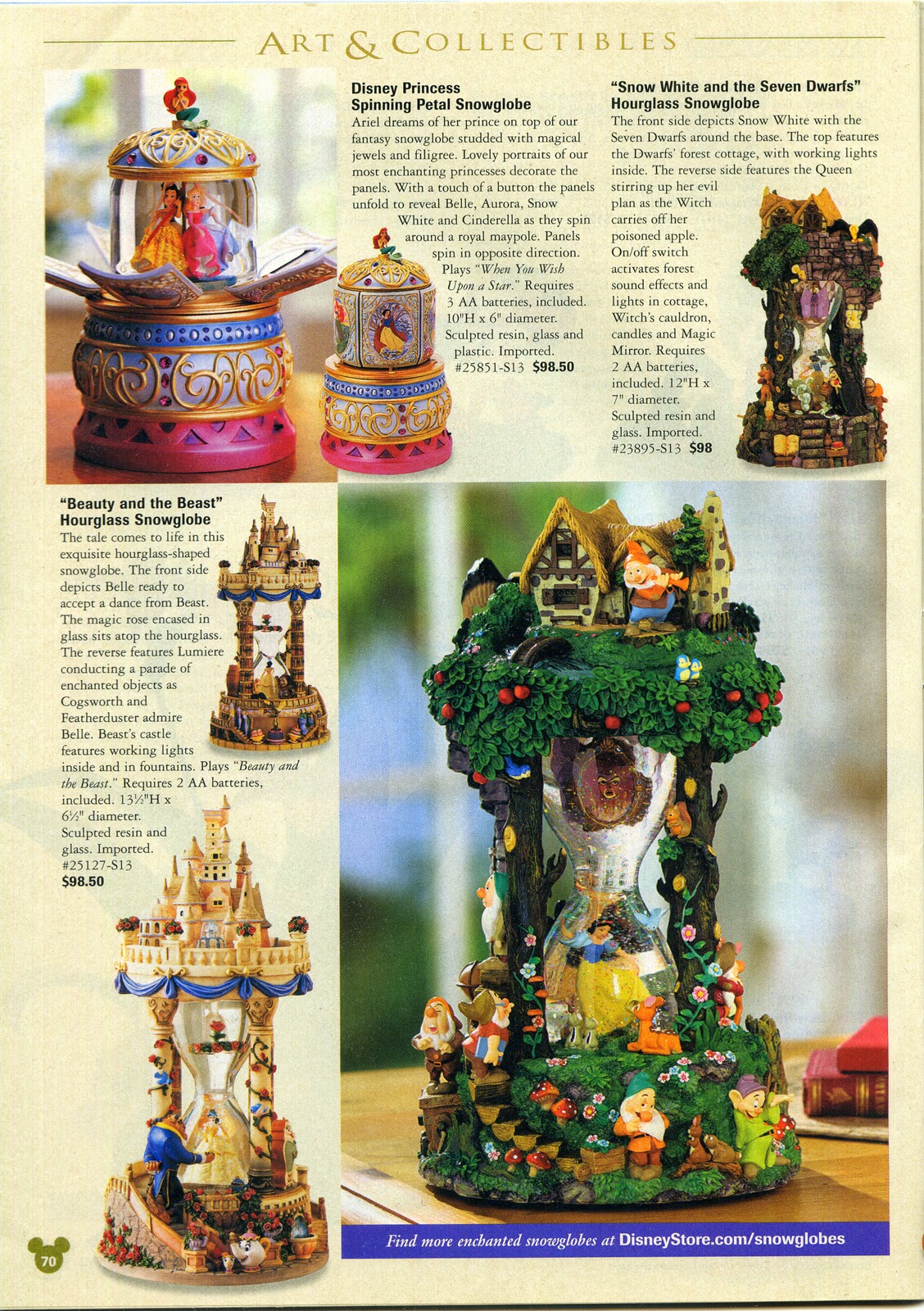 
Let's take a spin around the piece... 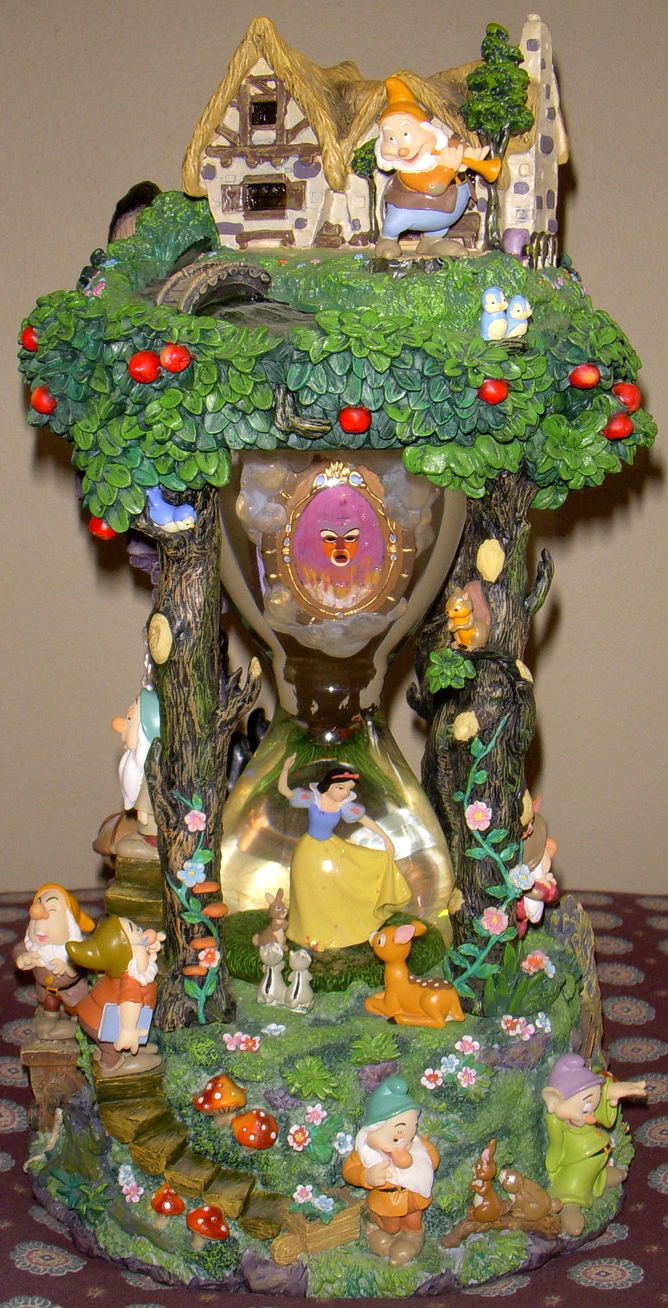 Most of the characters and elements from the movie are included--Snow White, the Dwarfs, Queen, Witch, Magic Mirror, forest animals, cottage, heart box, raven on skull, boiling cauldron, spell book, the two vultures, and even one of the dark forest trees...but no Prince. The hourglass globe lights up and flashes inside. The cottage and stream also light. There's even "enchanted forest" sound effects too. 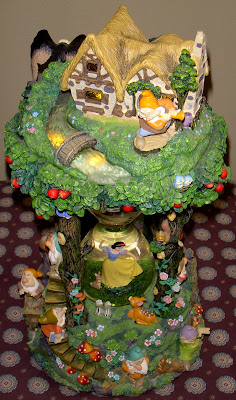 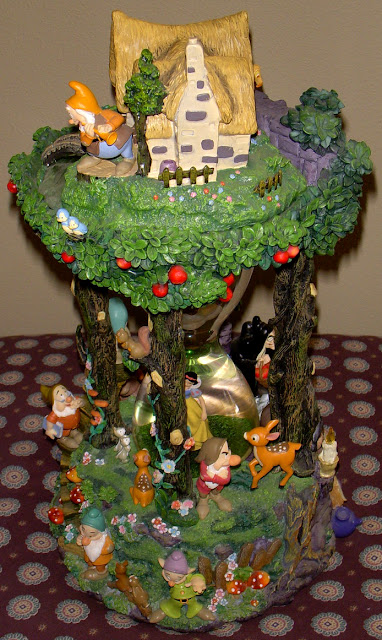 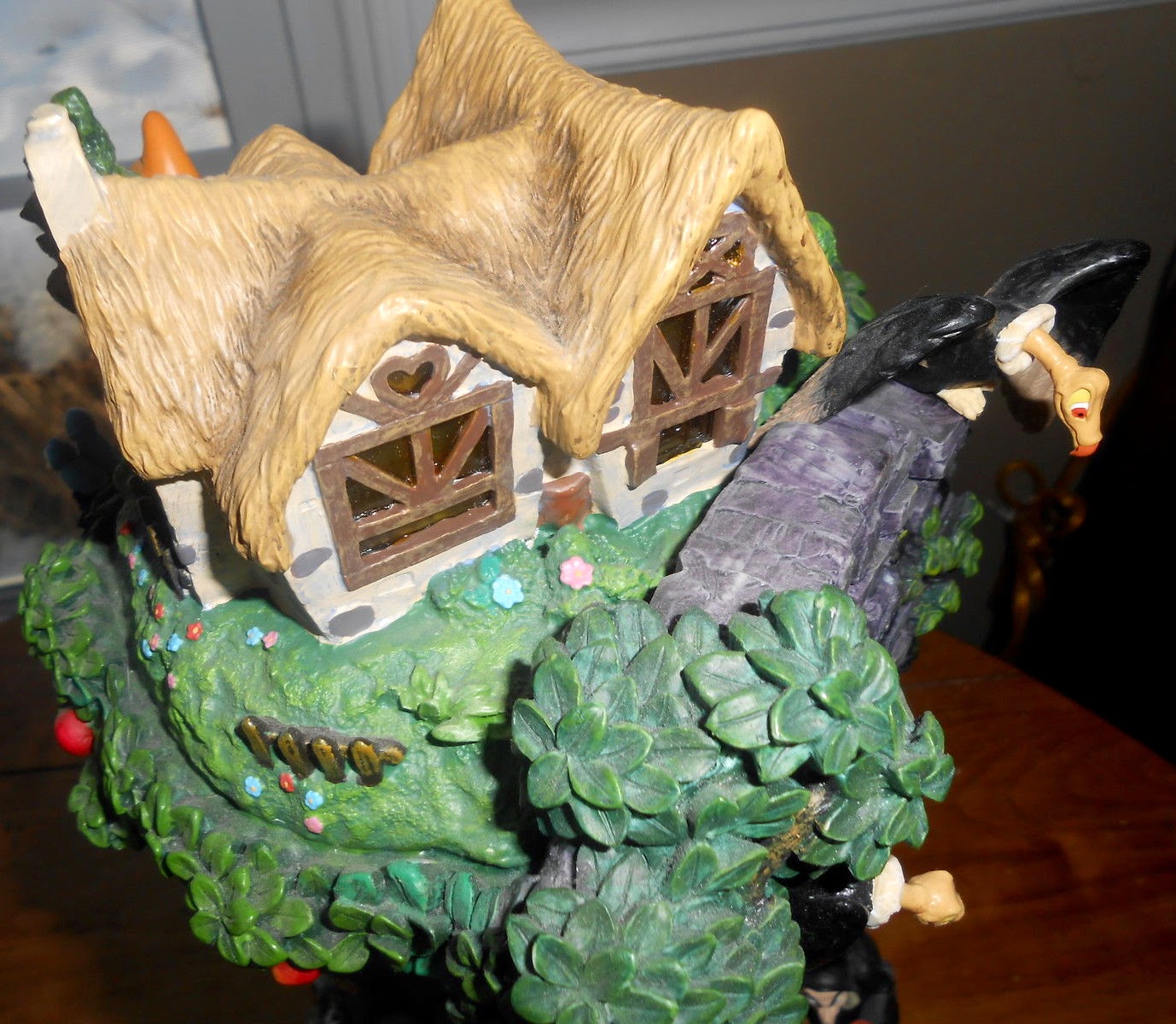 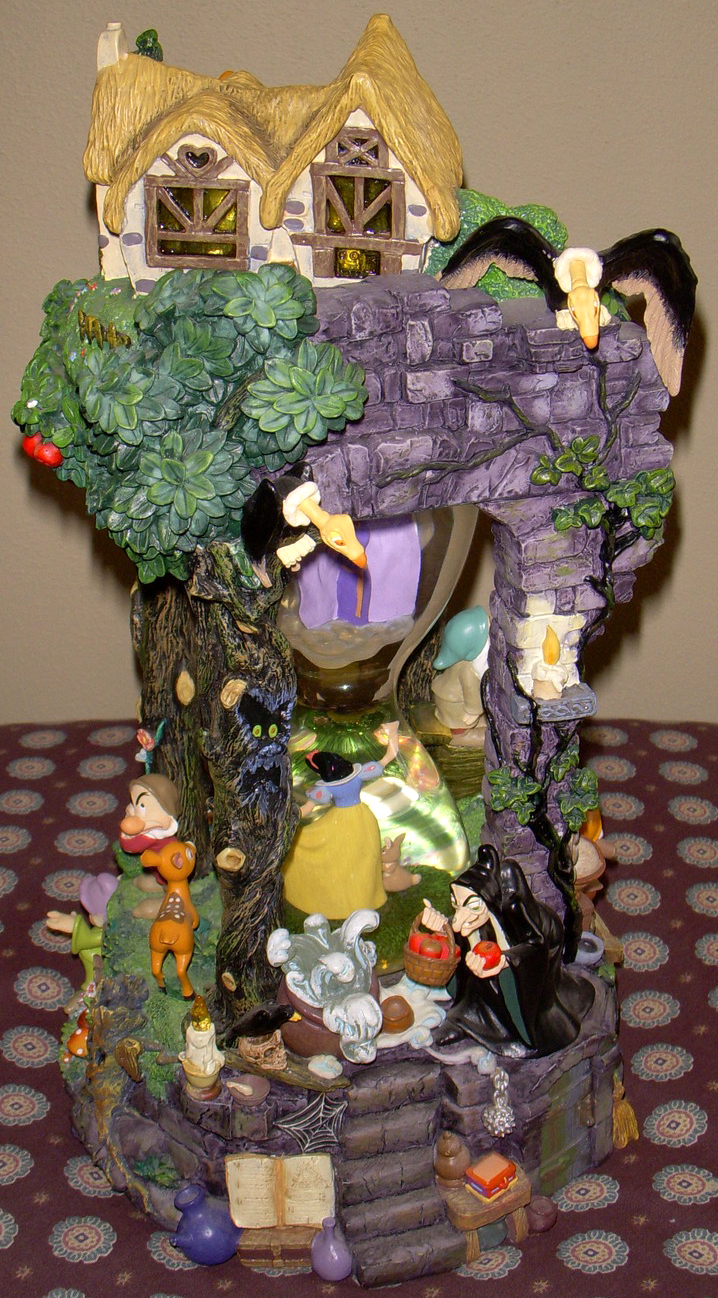 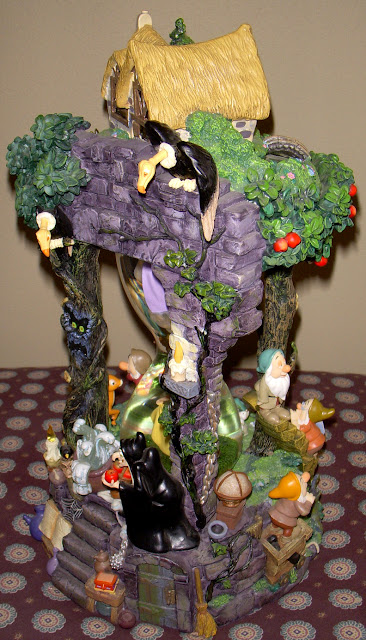 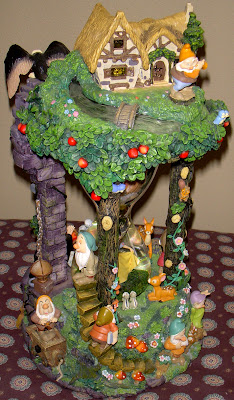 The light and sound effects are powered-on by movement or a slight tap on the surface of where the globe sits. Takes two AA batteries. 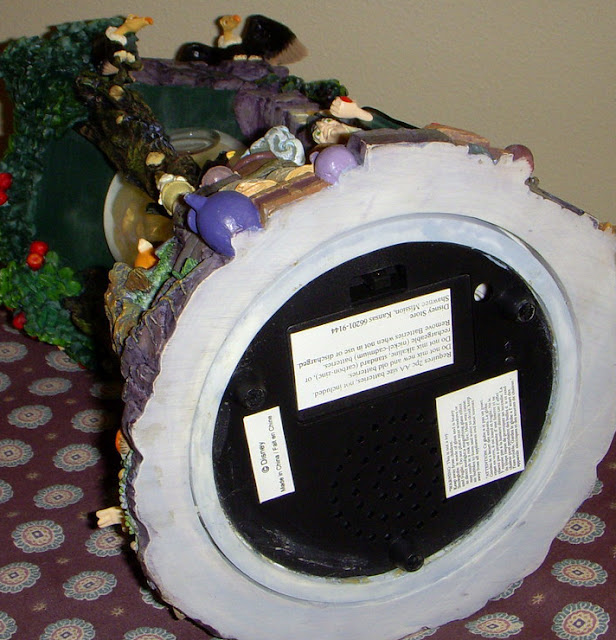