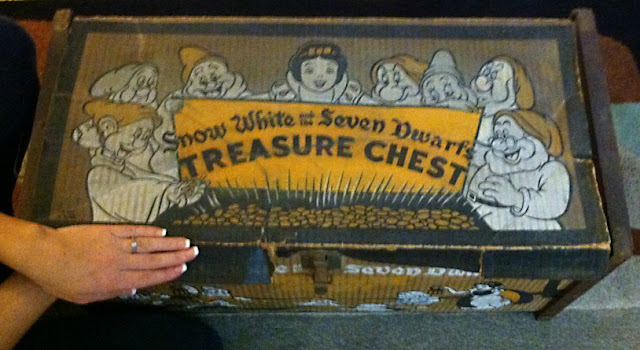 The 'Snow White and the Seven Dwarfs Treasure Chest' dates from 1938 and was designed to be used as a children's toy box. It's constructed from corrugated cardboard with a wood frame and a metal latch and side handles. The lid, front, and two sides are illustrated with a nighttime "buried treasure" motif. The box was produced by Odora Company, Inc., manufacturers of several Disney toy chests. Measures 27" x 13" and is 15" tall. 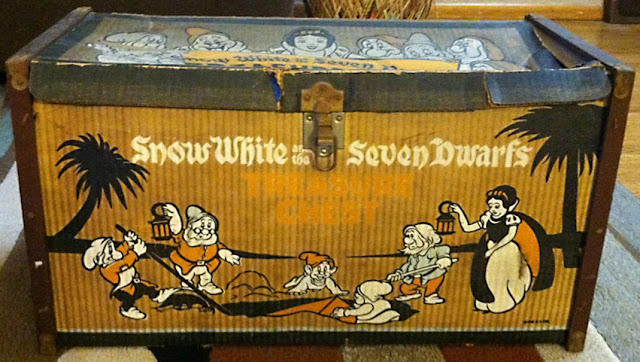 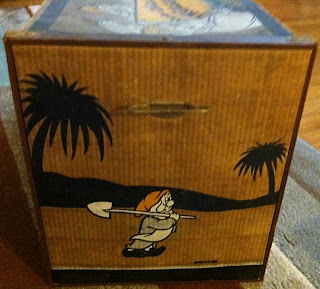 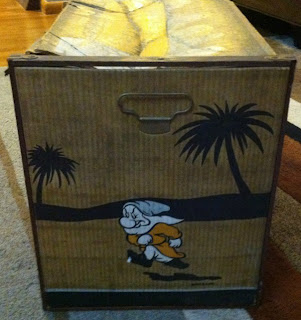 It's just cardboard, yet the box is still rather smart looking. 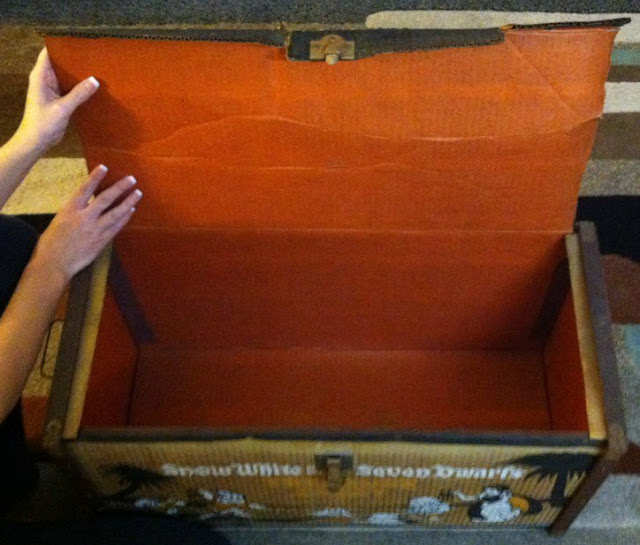 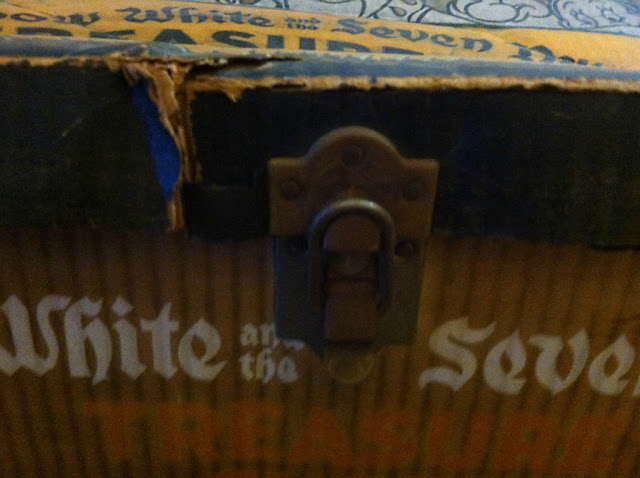 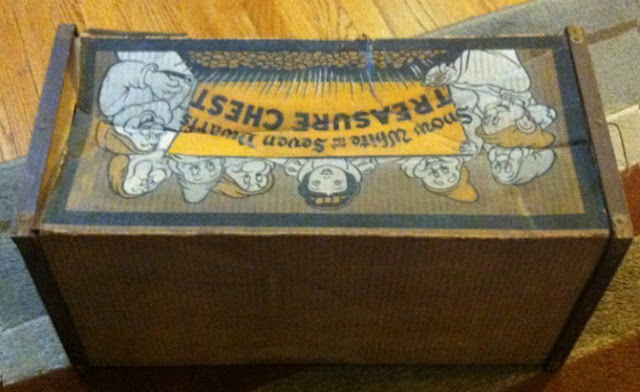 The usual "©1938 W.D. ENT." imprint can be found stamped in four different locations on the box--the two ends, another on the top, and one more in the lower front corner. 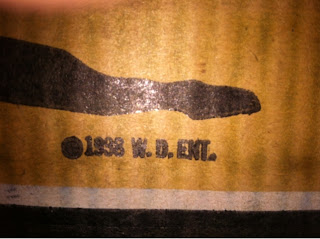 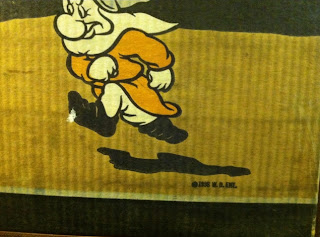 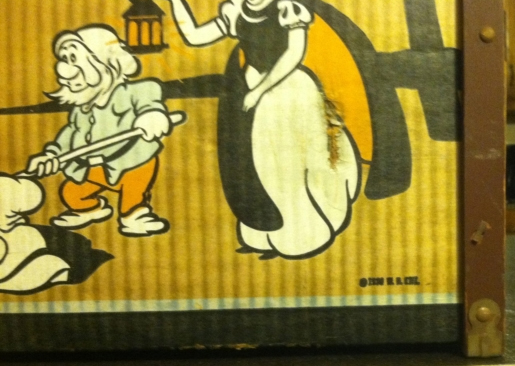 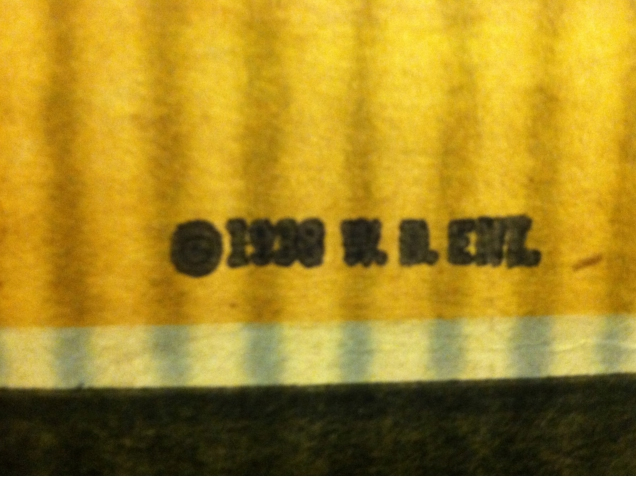 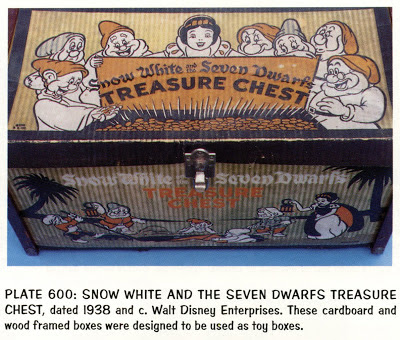