The Walt Disney Little Gem Record series featured 45 rpm, 7" vinyl discs. No. LG-740 in the collection was the song Heigh-Ho from the Snow White soundtrack. Retail 29¢. We should note that the other records occurring in sequential order on either side--nos. 739 and 741--were both issued in 1962. However, this one has a copyright date of 1961.

Side A: Heigh-Ho, Heigh-Ho
Side B: How the Witch Gave a Poison Apple to Snow White; How the Prince Brought Her Back to Life With Love's First Kiss (two story excerpts narrated by Annette Funicello from the 1957 Story Teller record no. ST-3906) 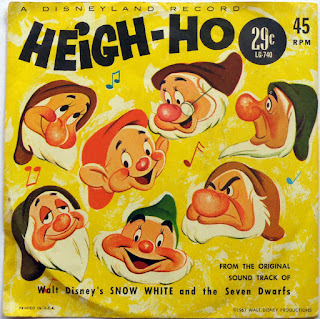 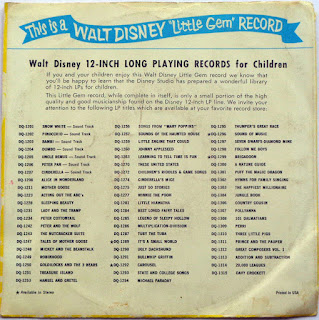 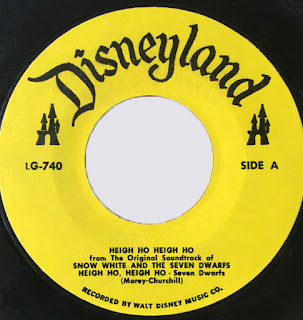 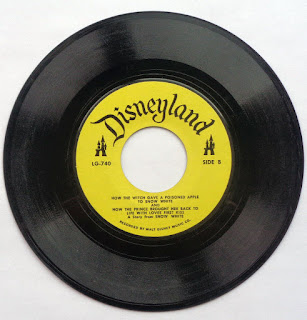 A corresponding 78 rpm, 6" disc of this same recording was issued separately with an identical catalog number.