Issued during the film's initial run, this "Snow White and the 7 Dwarfs Game" was sponsored by the Johnson and Johnson Company and produced by Einson-Freeman Co. It was a promotional give-away, "compliments of Tek Toothbrush." Made of paper, the board measures 14.5" x 17.5" (14.5" x 21.5" when the game pieces are still intact along the right side panel). 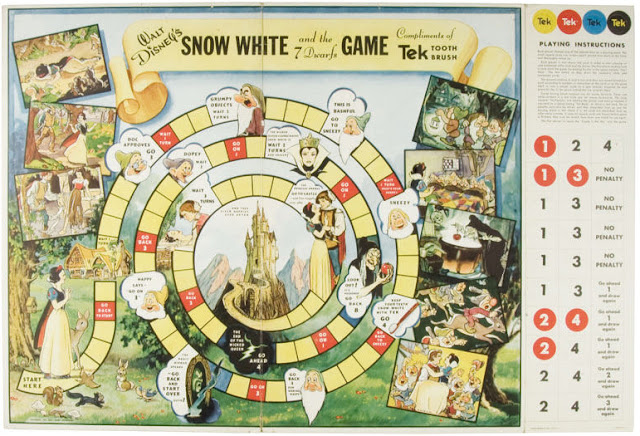 It displays some nice Tenggren-inspired illustrations. 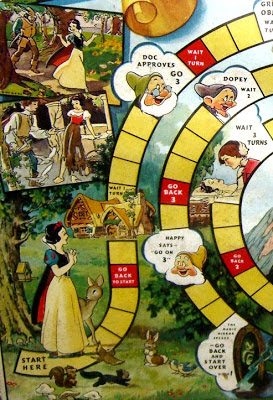 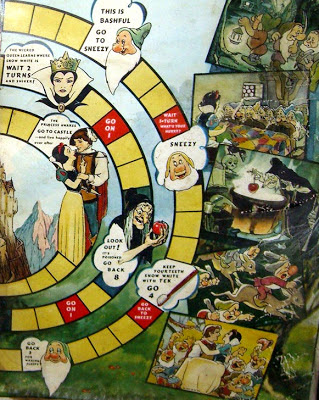 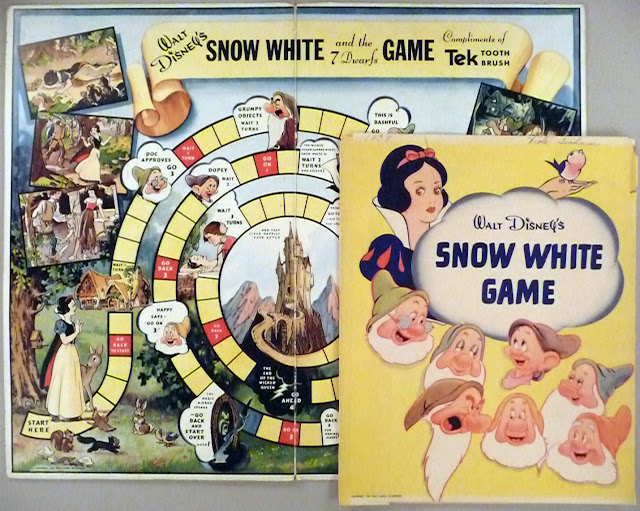 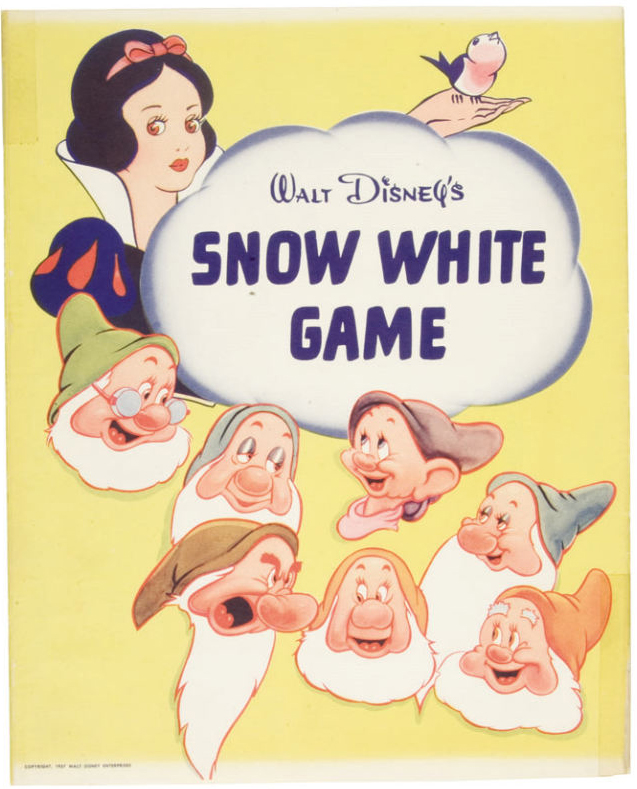 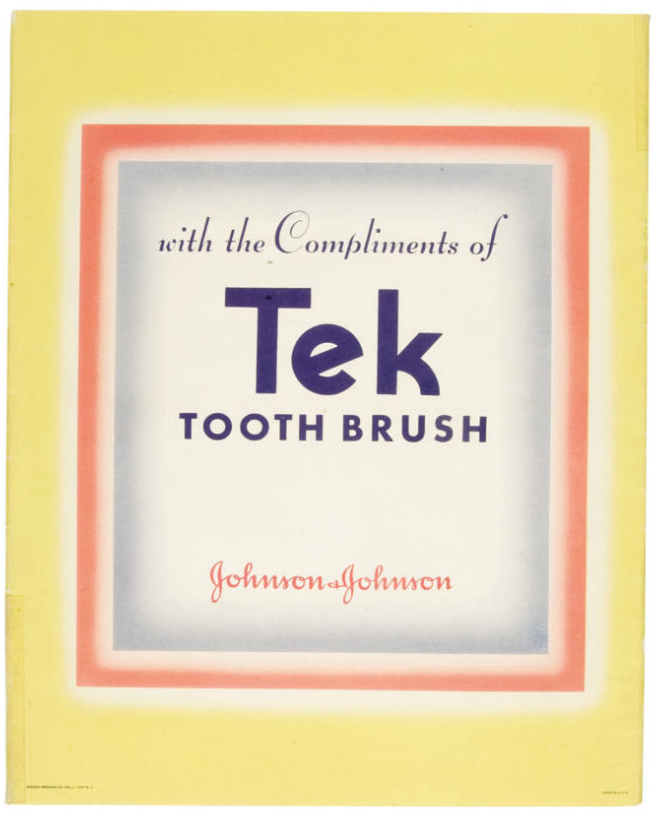 The object of the game is to unite Snow White with the Prince at the "Castle in the Sky" while navigating through numerous obstacles. Players take turns drawing cards. Those with black numbers move forward upon the board. Those with white numbers in red circles move back. A "No Penalty" card is held and can be used when a player lands on a "Go Back" space or draws a red circle card. 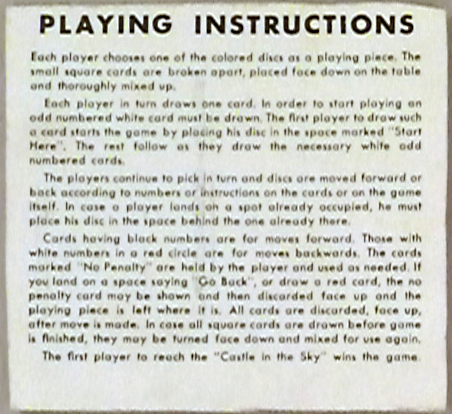 There are four playing pieces and the 30 game cards. 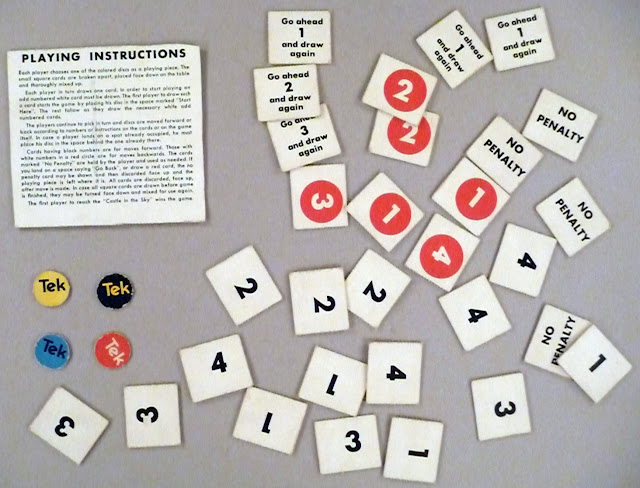 No markings on the back of game board. 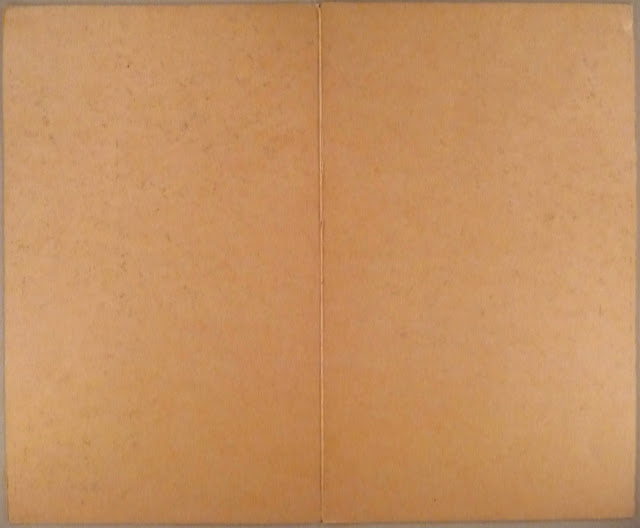 Images via Hakes and  Avalon Collectibles.


A small replica of the game and its storage envelope were included in The Disney Treasures (Disney Editions, 2003), authored by Walt Disney Archives manager Robert Tieman. The flip-out game sleeve is attached to page 23 of the book. 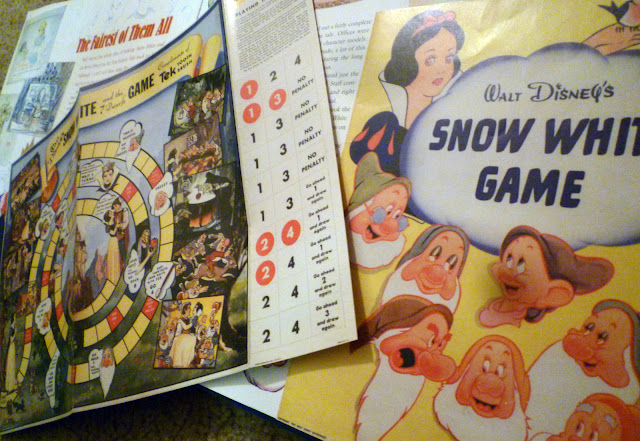 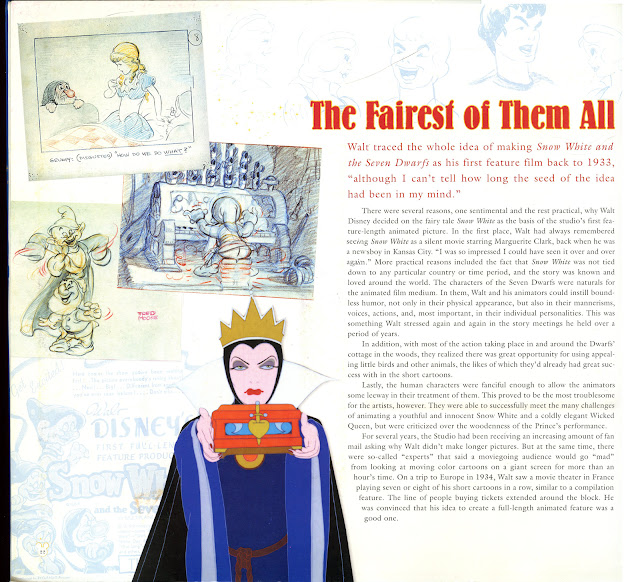 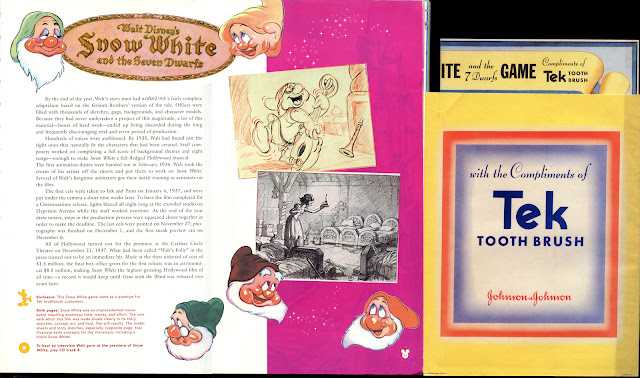 The replica game (with the playing piece side panel intact) measures approximately 9" x 13". 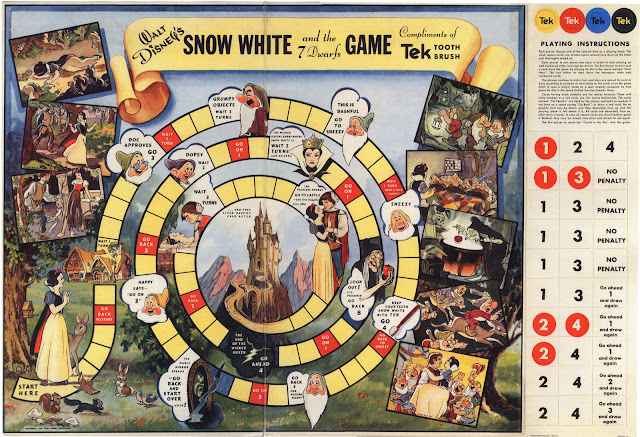 The Disney Treasures copyright Disney Editions.
Posted by Snow White Archive at 12:01 AM

Email ThisBlogThis!Share to TwitterShare to FacebookShare to Pinterest
Labels: ~board games/skill games