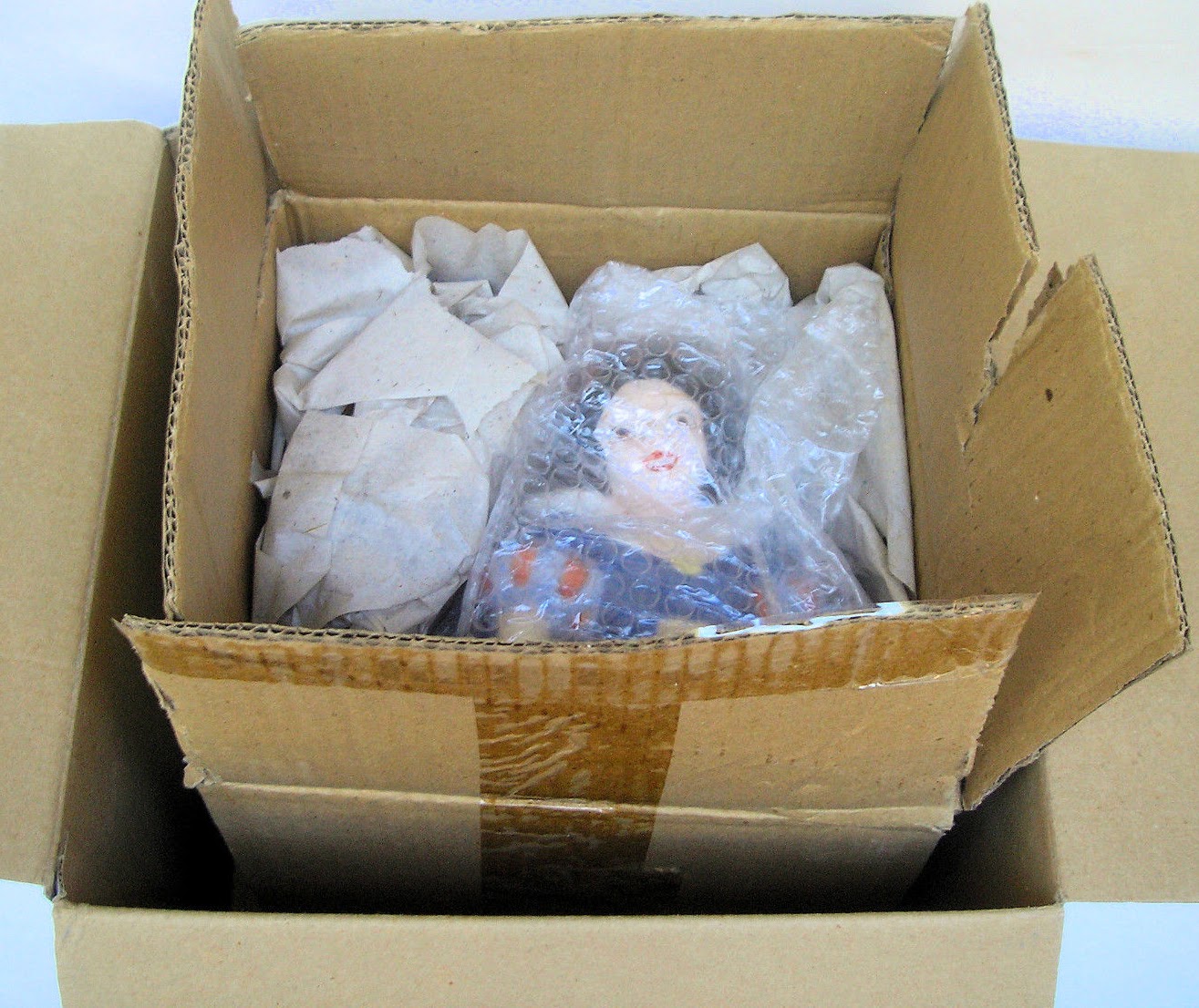 The lid rim may be etched with the Treasure Craft and Disney imprint. For those made in Mexico, it might also be ink-stamped to show this. 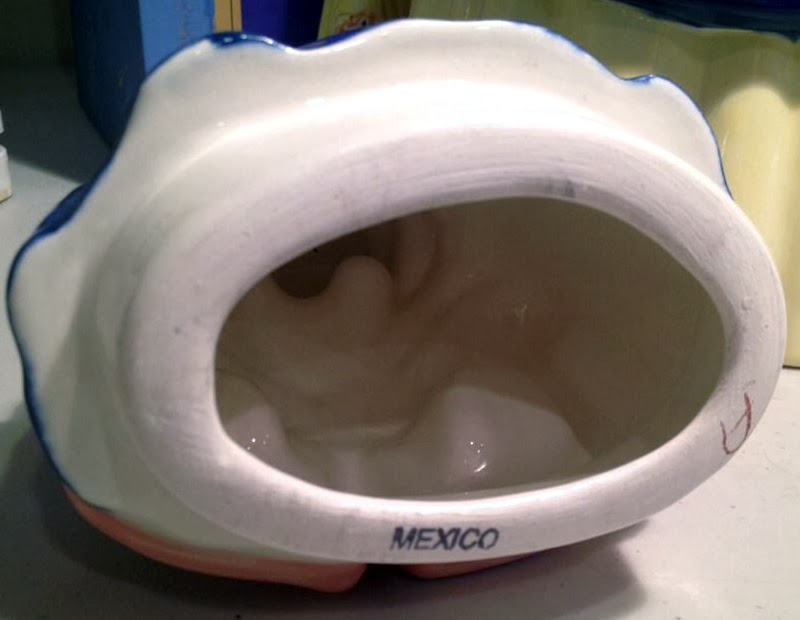 A jar produced in Mexico usually had an unglazed bottom, sometimes free from markings (except for maybe a reference number to a particular run). Or it might contain some combination of ink-stamps which could include "Mexico" or "© Disney" or "Treasure Craft". 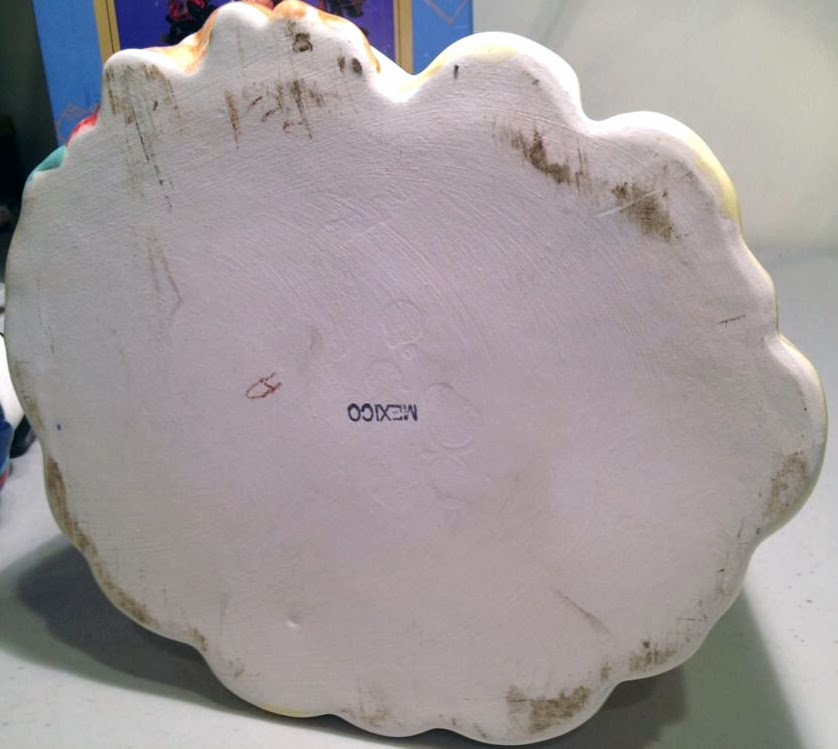 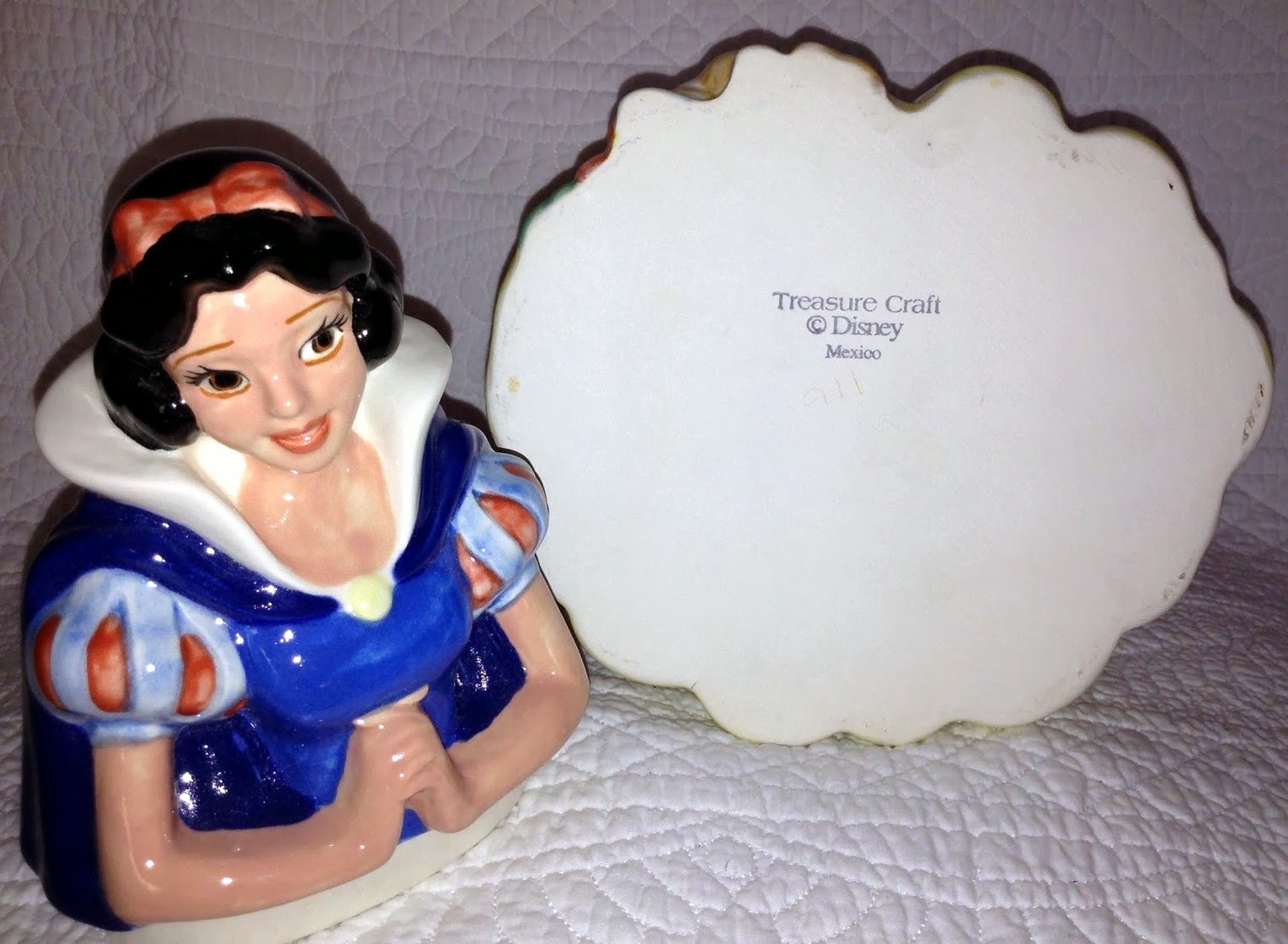 For those made in China, the bottom would probably be glazed and have an imprint stamped directly into it. 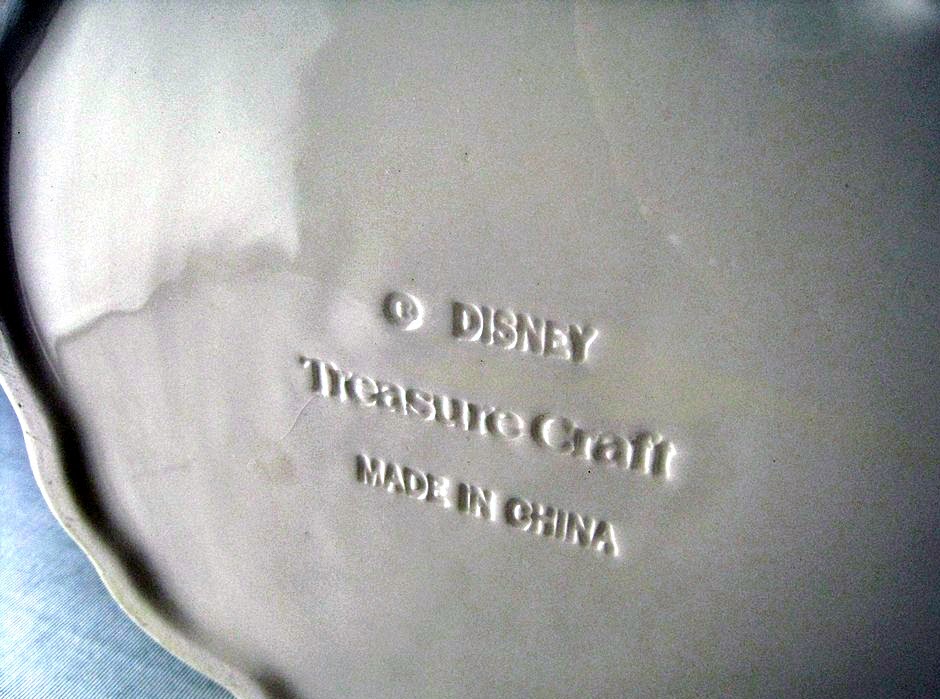 The boxes too would be labeled as to whether the piece was made in Mexico or China. 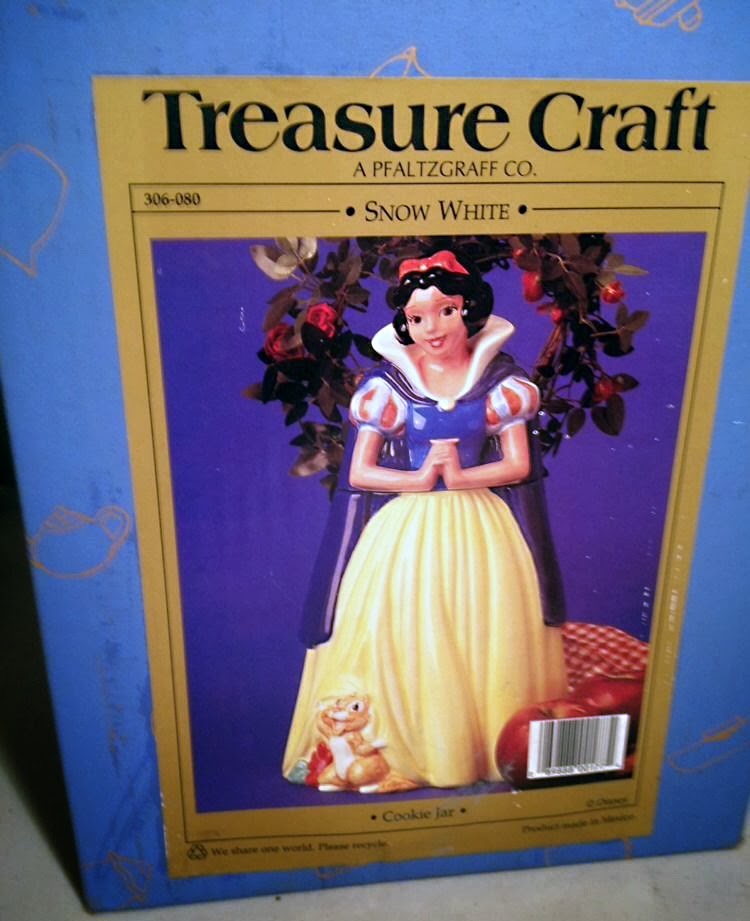 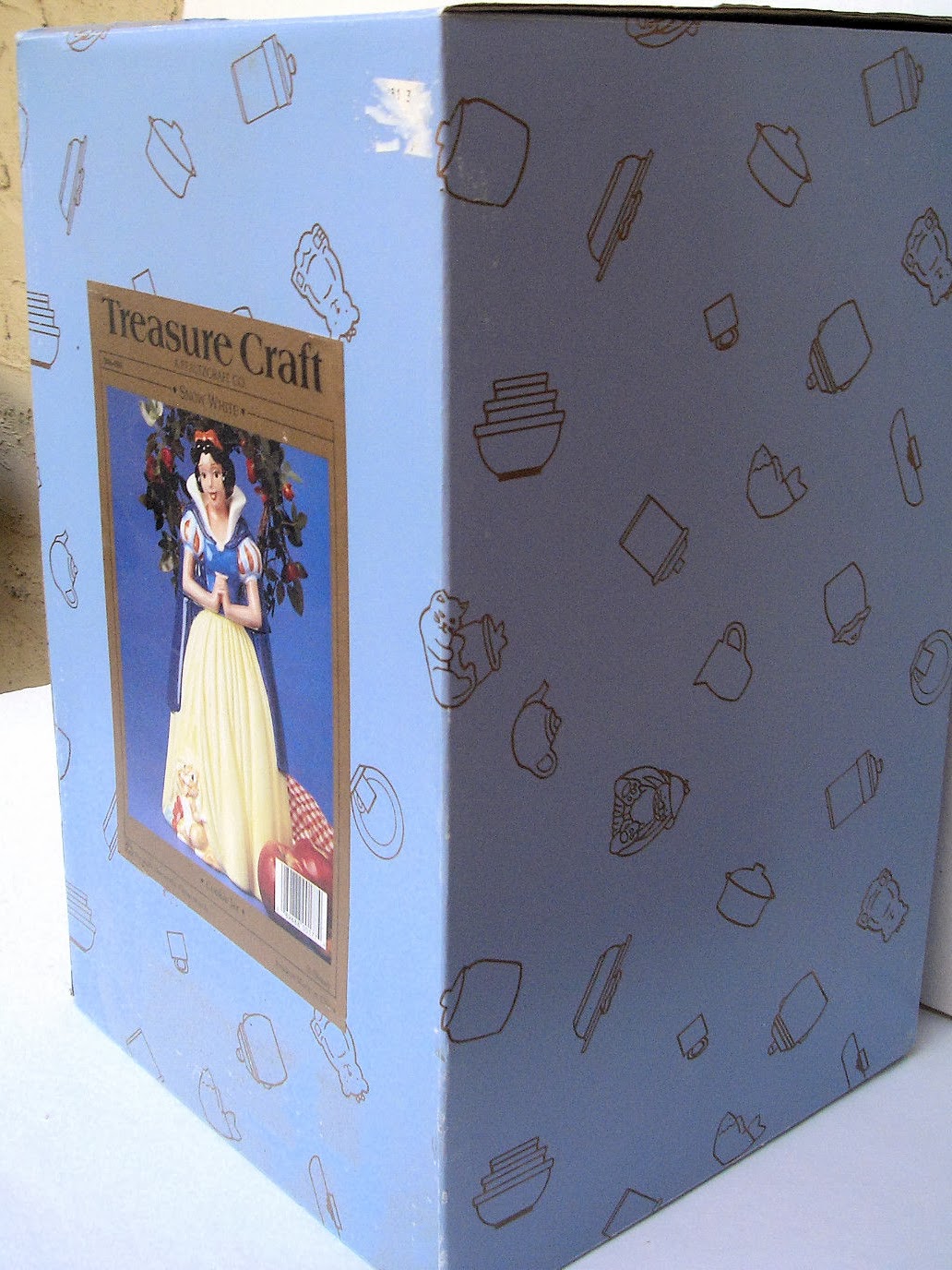 See the post-Pfaltzgraff-era Treasure Craft Snow White kitchenware series in the next Archive entry.
Posted by Snow White Archive at 12:01 AM