Side A: The Seven Dwarfs' Washing Song (performed by dwarfs' voice actors from the original movie soundtrack)
Side B: How Grumpy Got His Faced Washed (narration excerpt by Annette Funicello from 1957 Story Teller record no. ST-3906).

The fine print on the lower left corner of front sleeve reads, "© 1962 Walt Disney Productions". On the lower right it is marked, "Printed in U.S.A." 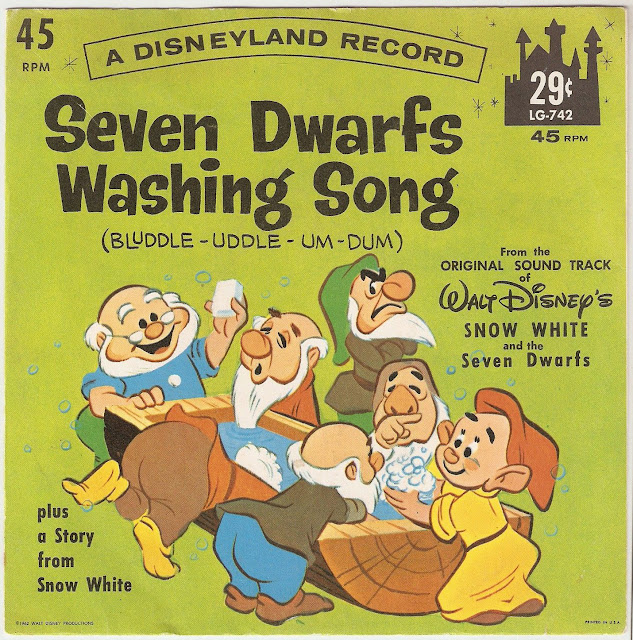 No copyright marking on the back sleeve. 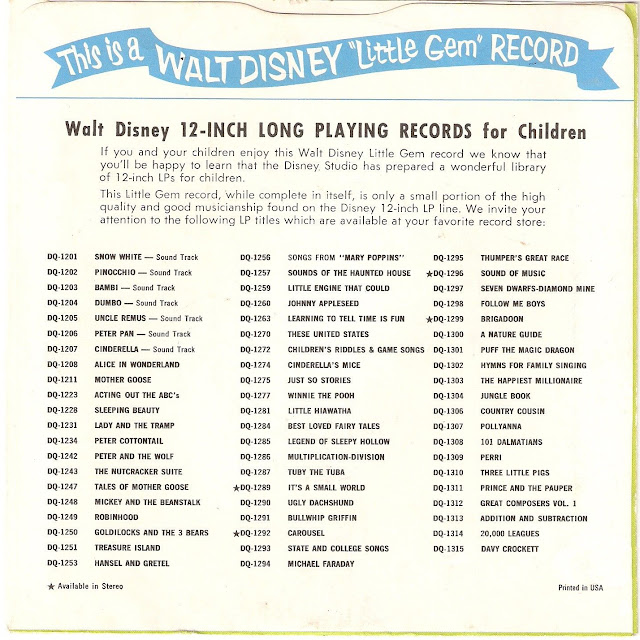 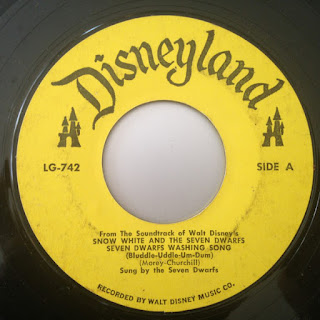 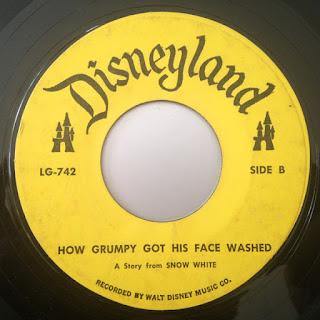 Another printing. The sleeve is near identical except it now includes a logo with the letter "K" next to "Printed in U.S.A." 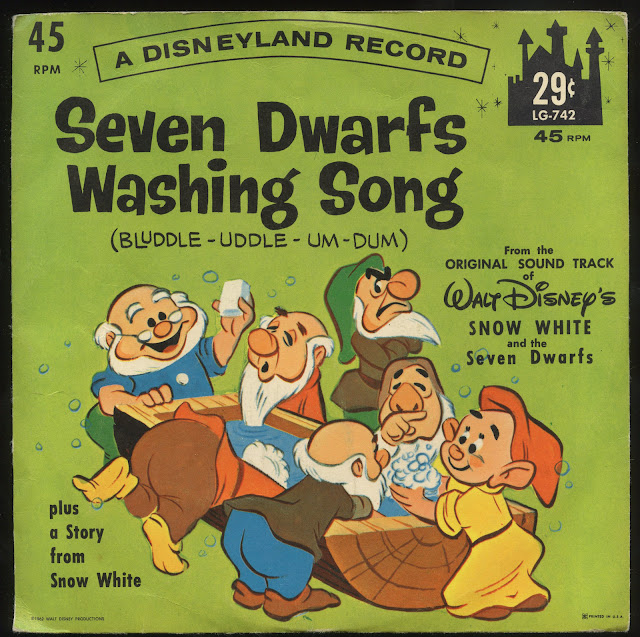 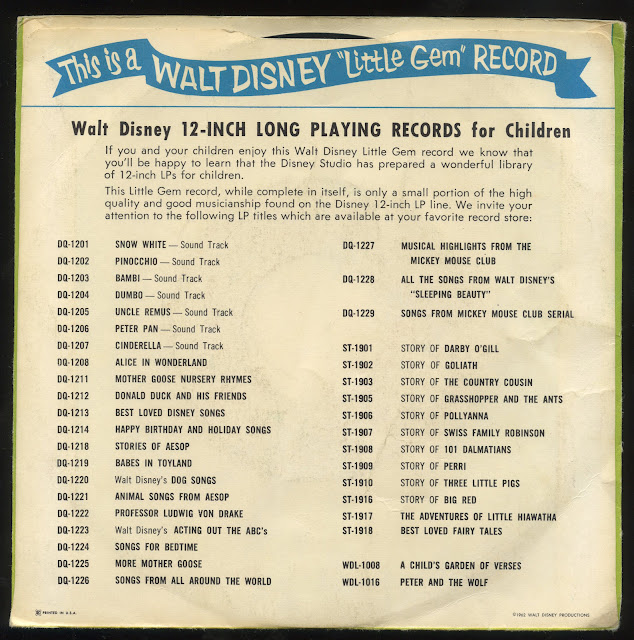 The disc is a bit unique. With some of the 78 rpm records in this series, no paper label was used. Instead, the lettering was printed directly onto the central vinyl circle. We'd not come across this with the 45s until now. No label. Cool. 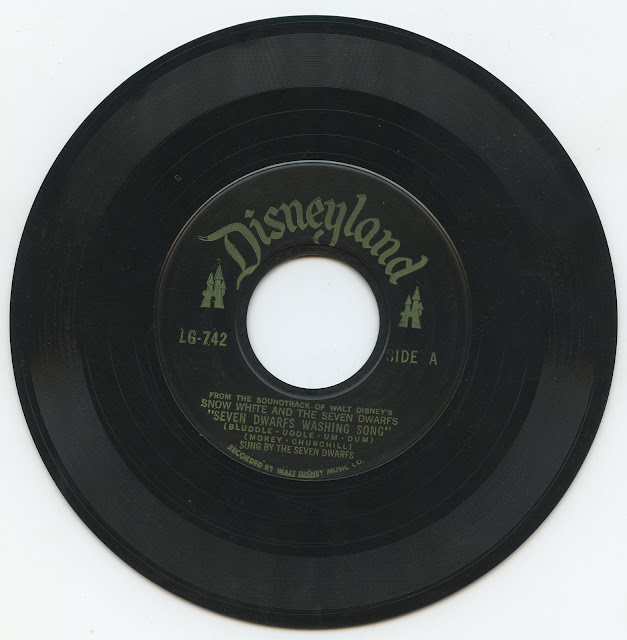 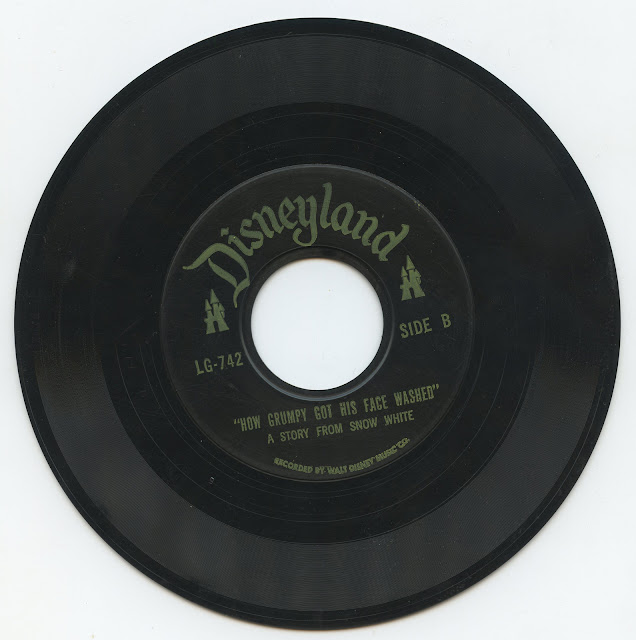