The Walt Disney Little Gem Record series featured 45 rpm, 7" vinyl discs. Disneyland Record label. The collection was released in the United States and in Canada too. Identical content, catalog numbers, and publication years. The record sleeves were still printed in the USA, but the discs were manufactured by RCA Victor Company, Ltd. Instead of yellow disc labels, the Canadian versions were white.

No. LG-741, Whistle While You Work. Issued 1962. The American retail price of 29¢ is blocked out because it would have been different north of the border.

Side A: Whistle While You Work (Adriana Caselotti from film soundtrack)
Side B: How Snow White Found the Cottage of the Seven Dwarfs (narration excerpt by Annette Funicello from 1957 Story Teller record no. ST-3906). 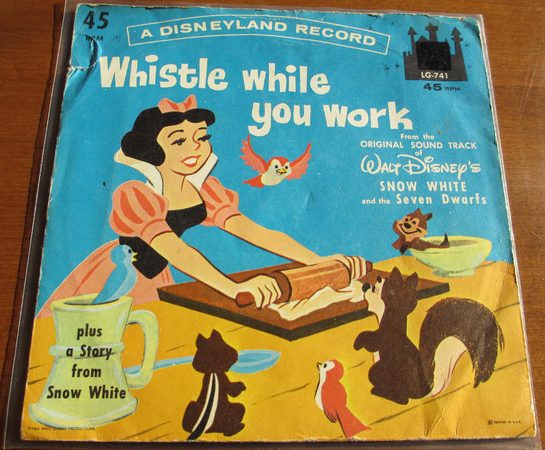 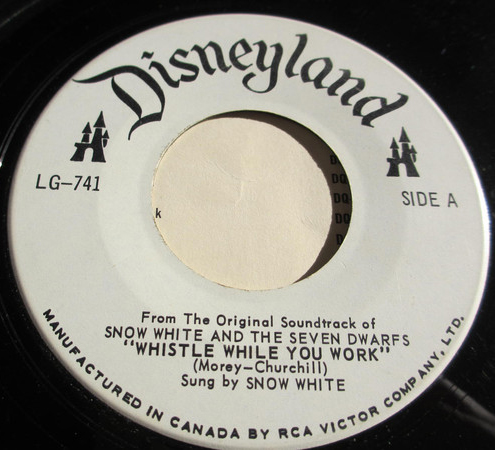 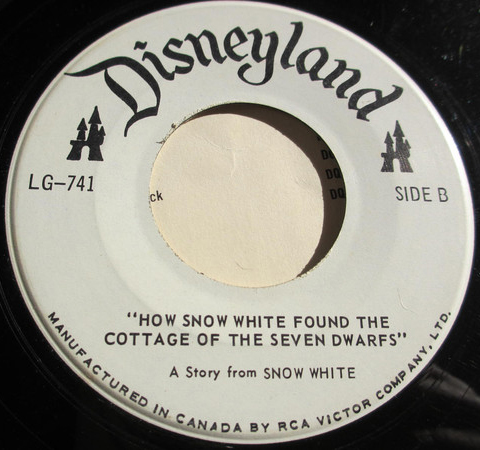