The Walt Disney "Little Gem" Record series was a collection of 45 rpm 7" discs issued in the early 1960s on the Disneyland Record label. In a similar fashion to the Little Golden Records, each Little Gem featured some combination of a story and a song. Separate 78 rpm, 6" versions were also released with the same ID numbers.

The Seven Dwarfs are pictured on the record sleeve of no. LG-715, A Song For Your Happy Birthday. On side one, the Happy Birthday Song is sung by Jimmie Dodd. On side two, he's joined by fellow Mouseketeers, Darlene Gillespie and Tommy Cole, for the Unbirthday Song. The recording dates from the 1950s Mickey Mouse Club. 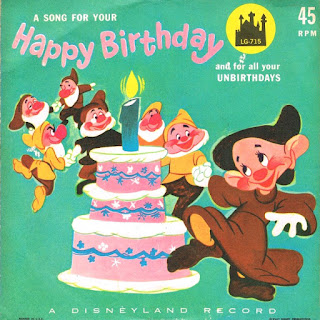 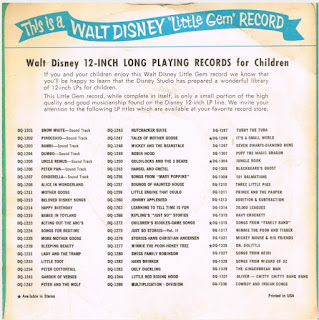 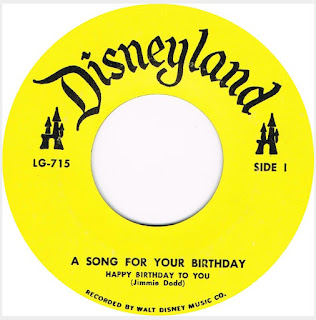 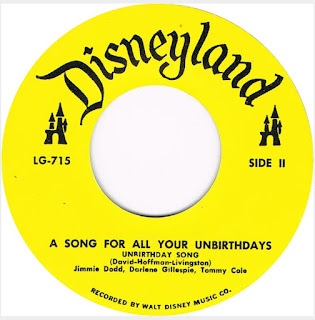 
The record was reissued with a 29¢ price printed on the front sleeve. 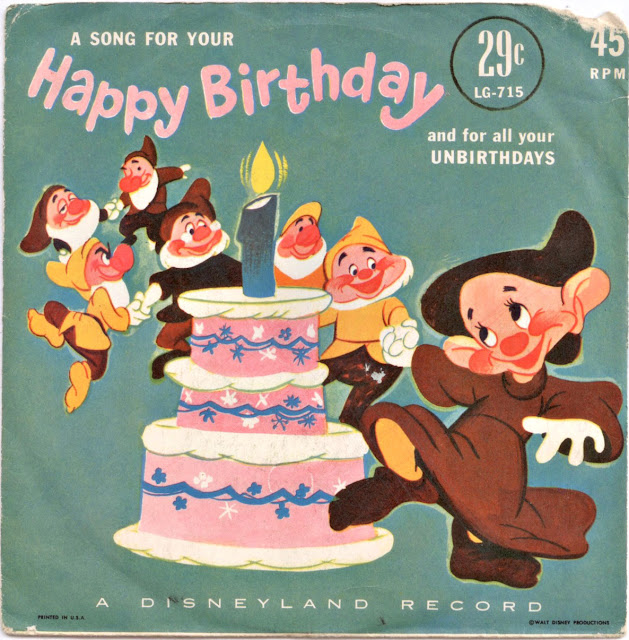 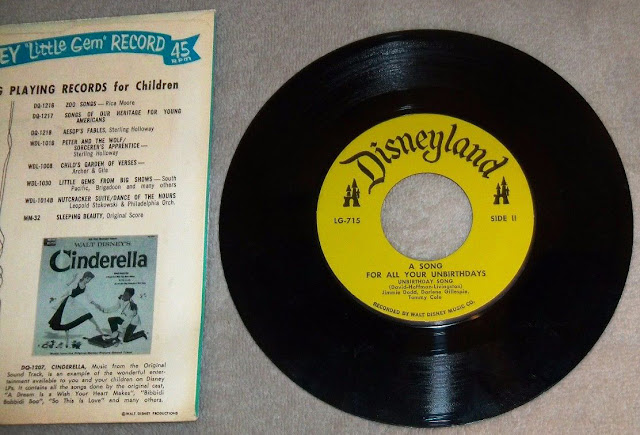