The 1940 Disney Studio Christmas Card features the Fantasia Snowflake Fairy spelling out the word "Greetings" while other flakes float in the air above. 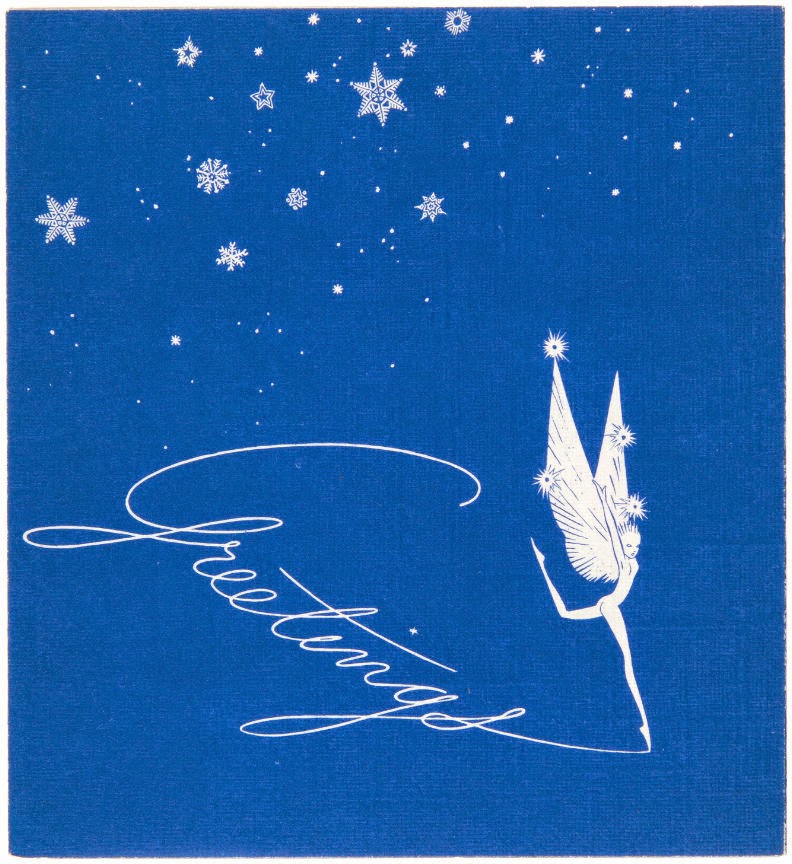 It opens up to the fairy writing "from Walt Disney". 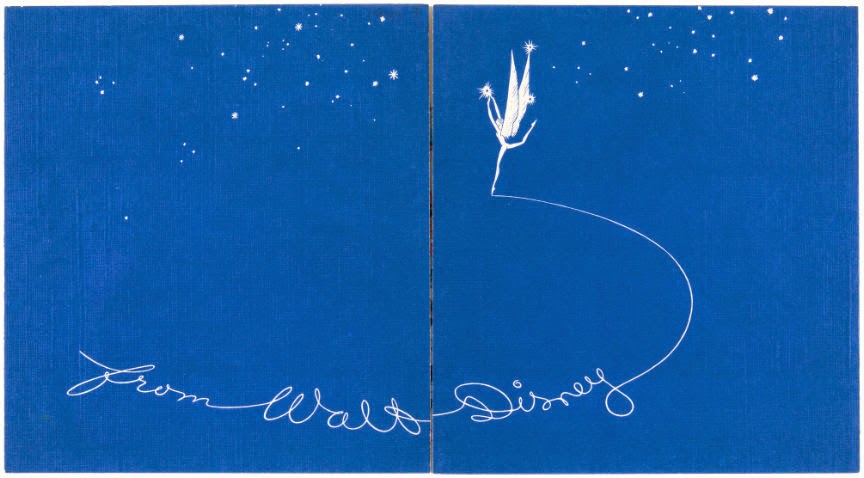 
It opens further to reveal the cast from Fantasia with conductor Leopold Stokowski on the far left. Also included is the Reluctant Dragon and that film's star Robert Benchly (far right). Plus they are joined by Donald Duck, Minnie Mouse, Goofy, Pinocchio, Snow White and Dopey--all singing Christmas carols.

The artwork was created by Hank Porter. Card is on stiff textured paper and measures 5.5" x 6" and is 22" long when fully open. Also see Hank's 1938 pen and ink Christmas Carolers illustration in an earlier Archive entry.

Collector Bob Cowan has posted on his Cowan Collection site the same 1940 Disney Studio card, but in these photos, it appears to be more purple in color. 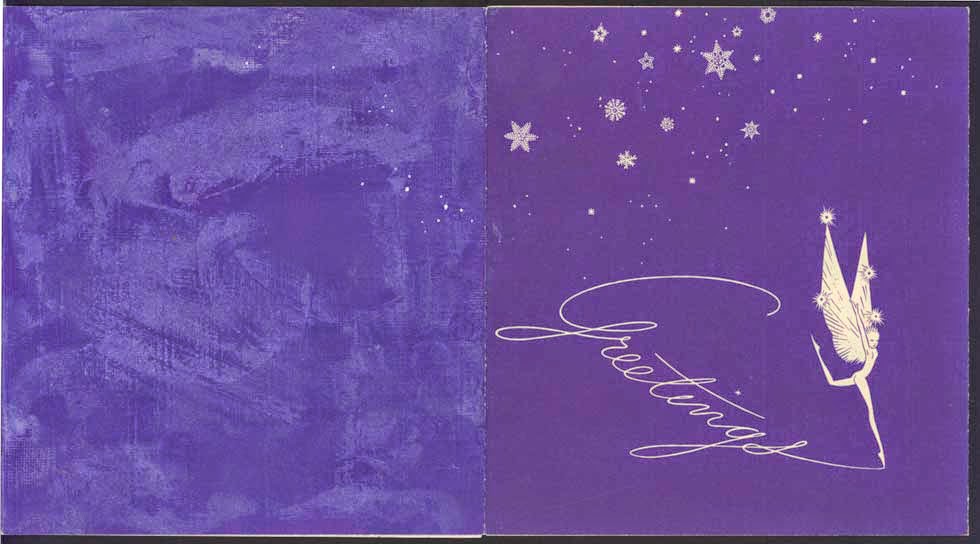 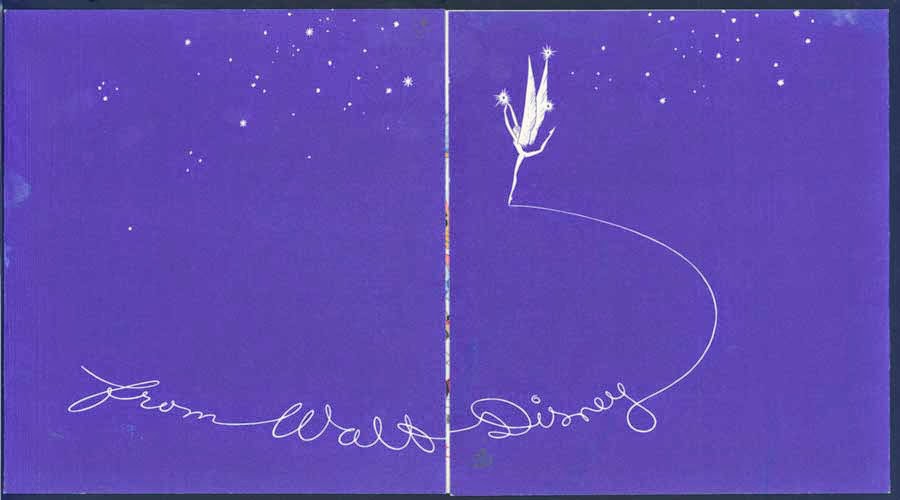