The December 25, 1937 edition of the British fan magazine, Picturegoer, was published just four days after the world premiere of Snow White. It includes a two-page spread on the Secrets of Disney's Million-dollar Fairy-Tale. 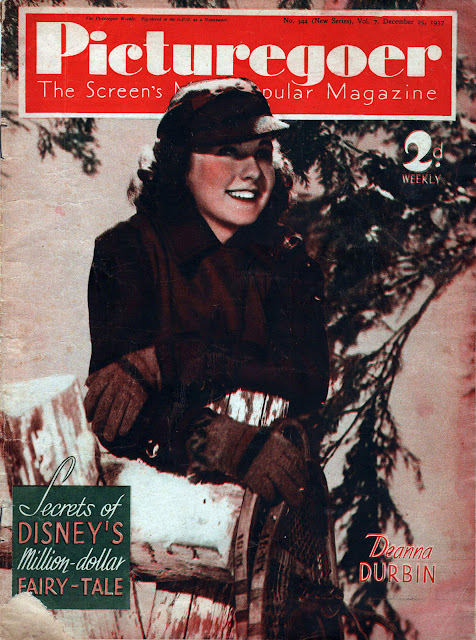 Included with the article are several photos of modeled setups with the characters. Other than referring to them as "reconstructed scenes from the film," there's no mention of who created these models or where they were exhibited. Could they possibly have been used as window displays at London's Selfridges department store, like those seen years later in 1980? 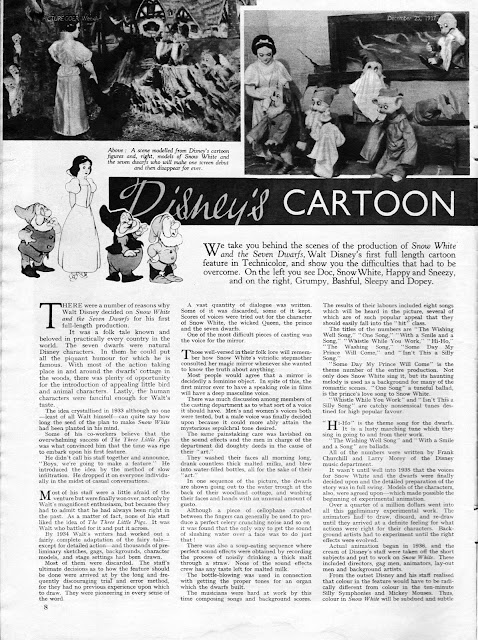 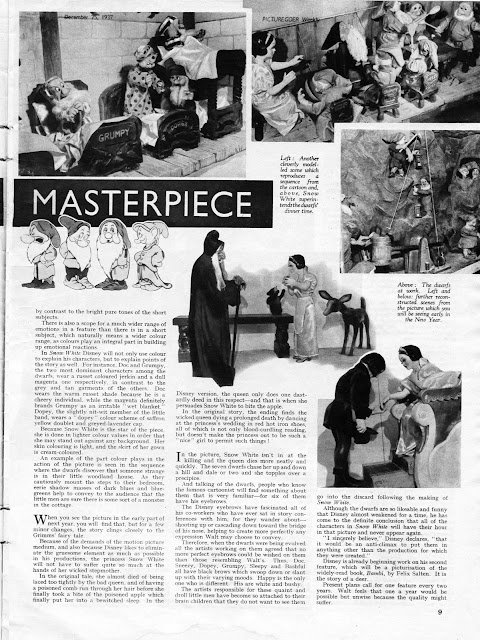 Special thanks to Greg Philip of A Lost Film for supplying the image scans.
Posted by Snow White Archive at 12:01 AM