An eight-panel poster from the November 30, 1983 re-release of Snow White and the Seven Dwarfs in France. Printed by St. Martins. Distributed by Walt Disney Productions. This particular example was purchased by collector Greg Philip of A Lost Film.


This happens to be the poster that stood in the hall of the theater where I first saw the film back in 1983, and I was almost as charmed by it as I was by the movie. As you may have seen, there’s the diamond year logo on it [marking the 60th anniversary of the Walt Disney Company]. Characters and settings are rearranged to fit the horizontal space as opposed to the other posters. 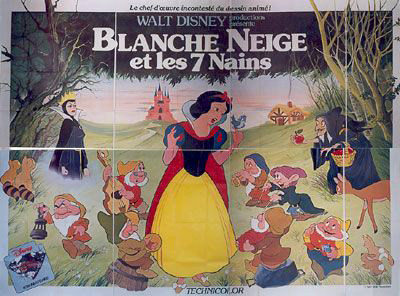 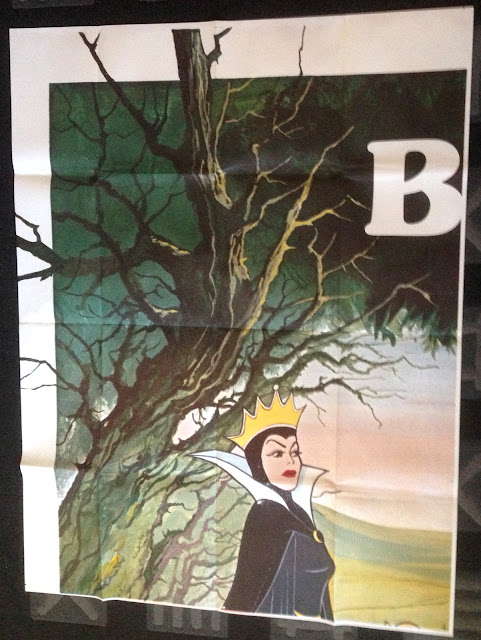 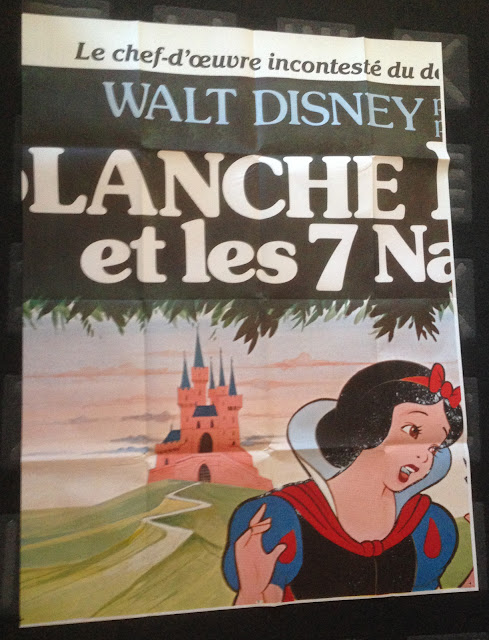 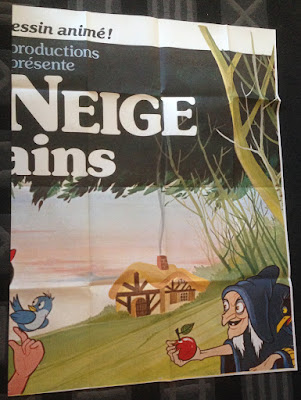 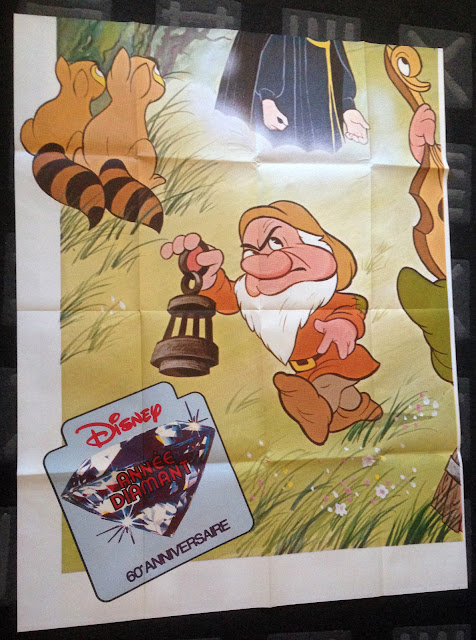 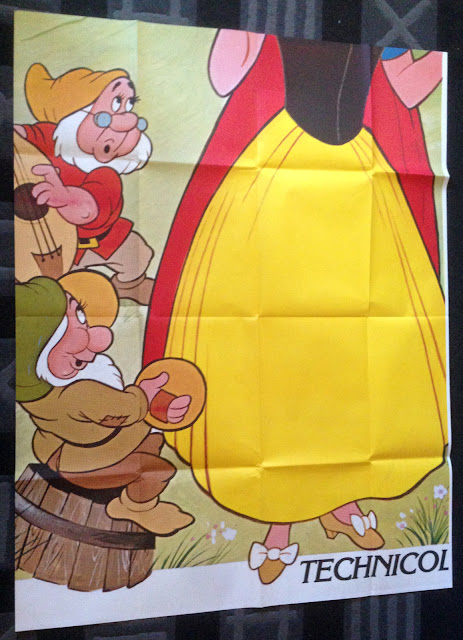 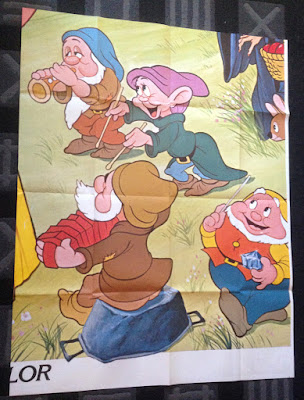 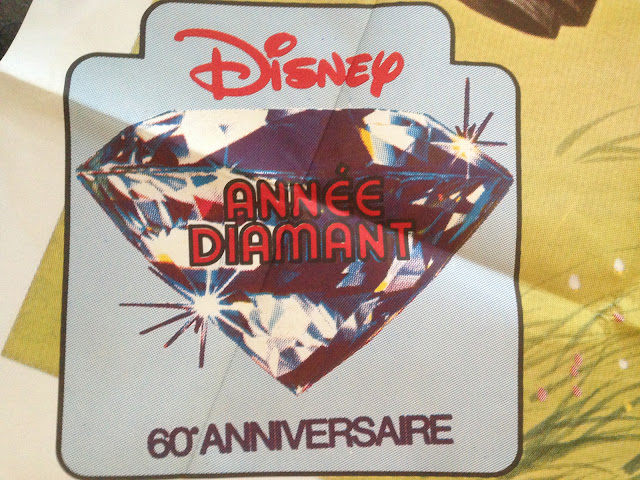 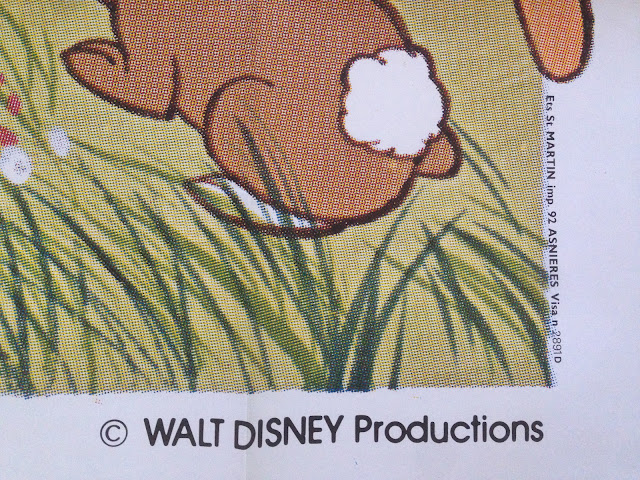 All images courtesy of the Greg Philip Collection.
Posted by Snow White Archive at 12:01 AM