As part of the 1980 re-release of Snow White to UK theatres, Selfridges department store on Oxford Street created a series of Christmas window displays featuring scenes from the film. To help with its promotion, twelve press kit photos (including a title card image) were distributed to the media. 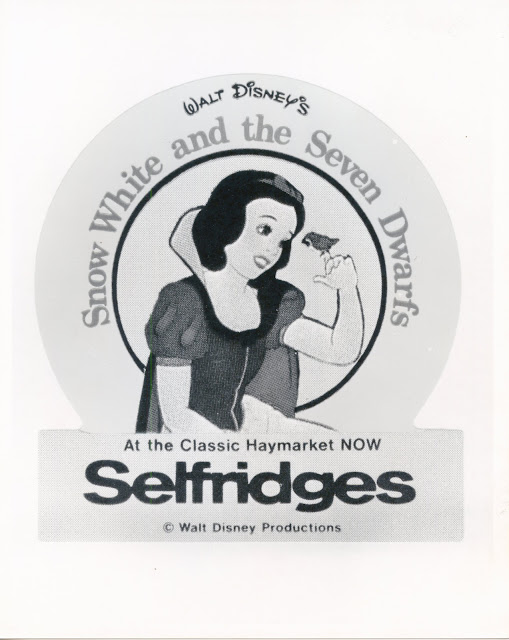 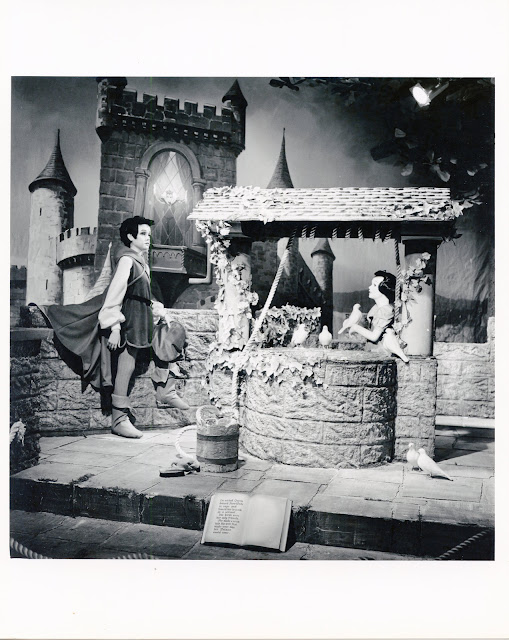 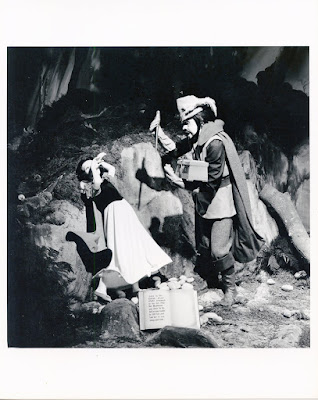 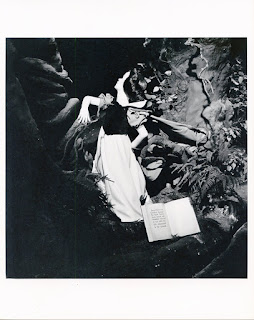 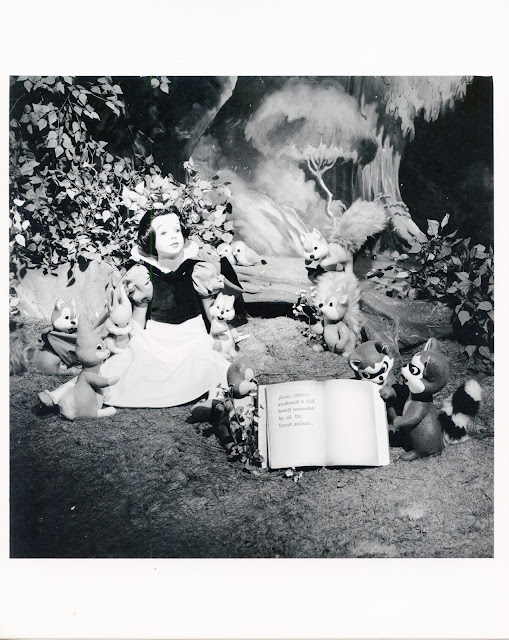 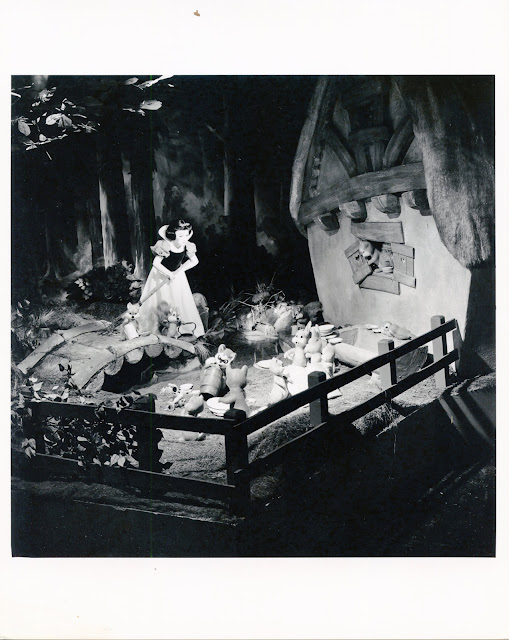 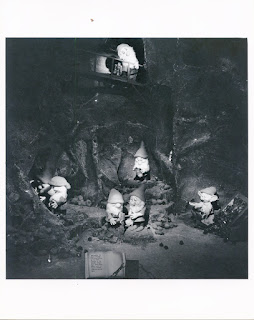 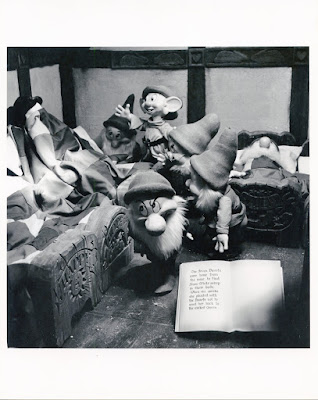 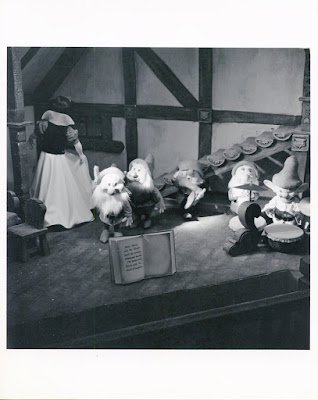 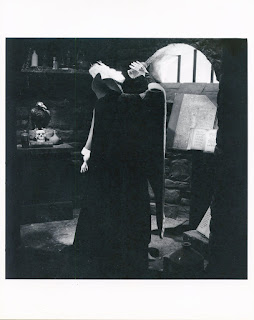 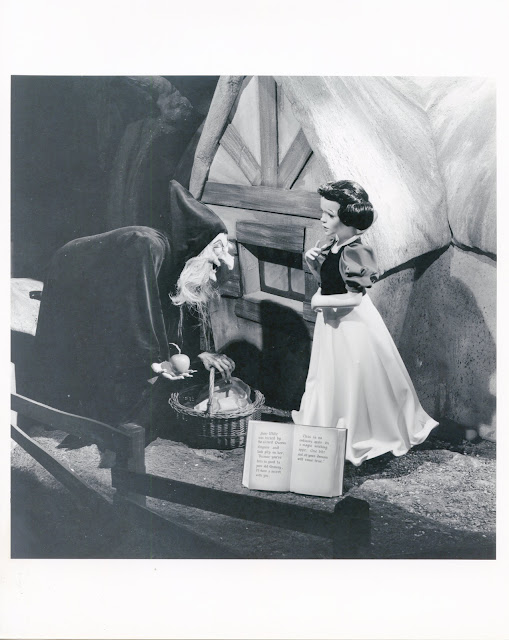 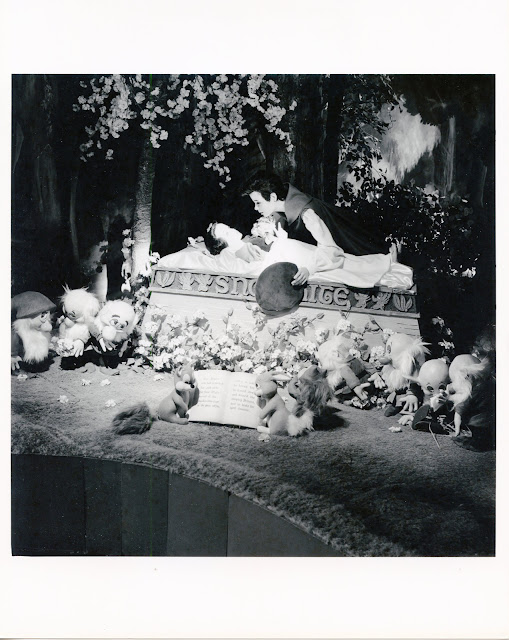 Selfridges has a long association with the Disney Company and often create Disney-themed window displays for Christmas. The original Art of Animation exhibit visited the store as part of its world tour in the wake of the release of Sleeping Beauty in 1959. Here's a picture of Walt visiting that year. 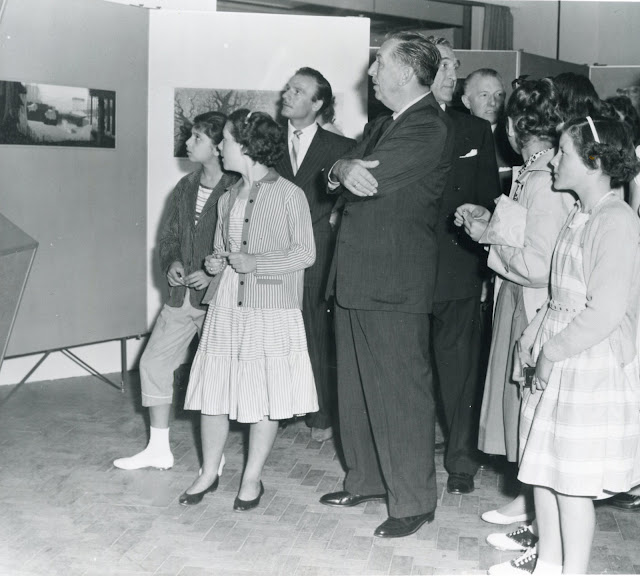 Special thanks to the Richard Holliss Collection for sharing these image scans and info.
Posted by Snow White Archive at 12:01 AM