Snow White and the Seven Dwarfs was re-released to theatres in Ireland on December 11, 1981. Quinnsworth retail stores capitalized on the event with Christmastime promotions. Starting on November 24th, Snow White costumed characters began a nine-day coach tour of Dublin, as well as over 20 provincial towns throughout Ireland. After a parade through the streets, children with competition entry forms would receive autographed fan cards within their local Quinnsworth stores. 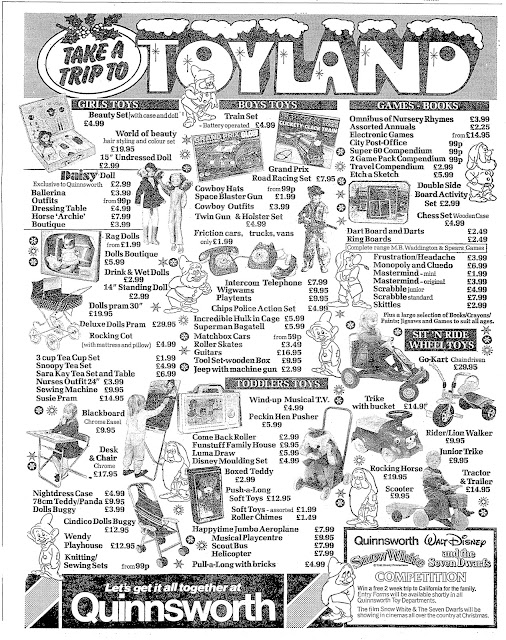 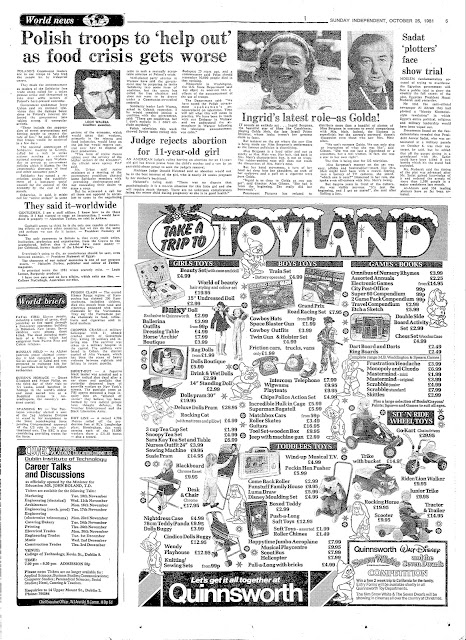 
"See the magic of Snow White and visit Santa." An ad in the Galway November 27th newspaper, The Connacht Tribune. 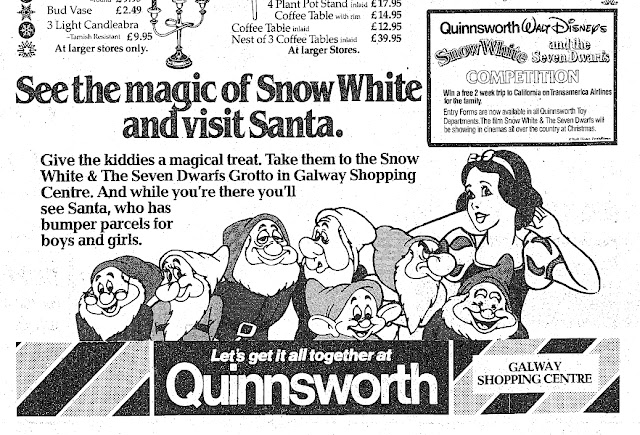 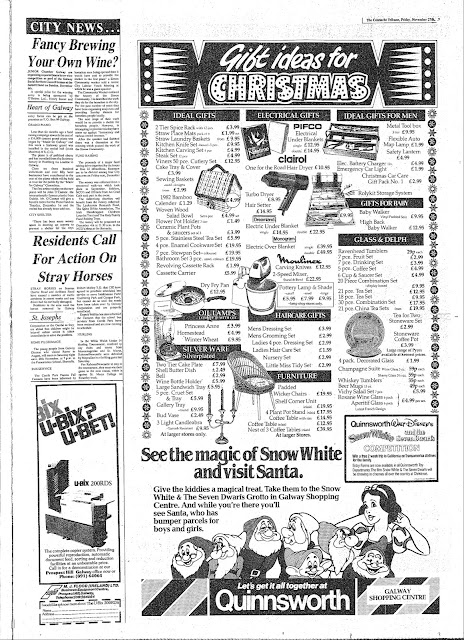 Special thanks to Stephen Doherty for sharing the information and images for this post.
Posted by Snow White Archive at 12:01 AM