This Snow White story recording was first released on cassette tape in 1992 along with a 24-page "read-along" book. It featured narrator Mary D'Arcy along with a cast of voice actors, mood music, and sound effects. It has been reissued many time since, this 2016 edition being the latest. Format: compact disc and 32-page book. Publisher: Disney Press. Publication date February 2, 2016. ISBN13: 9781484730492. 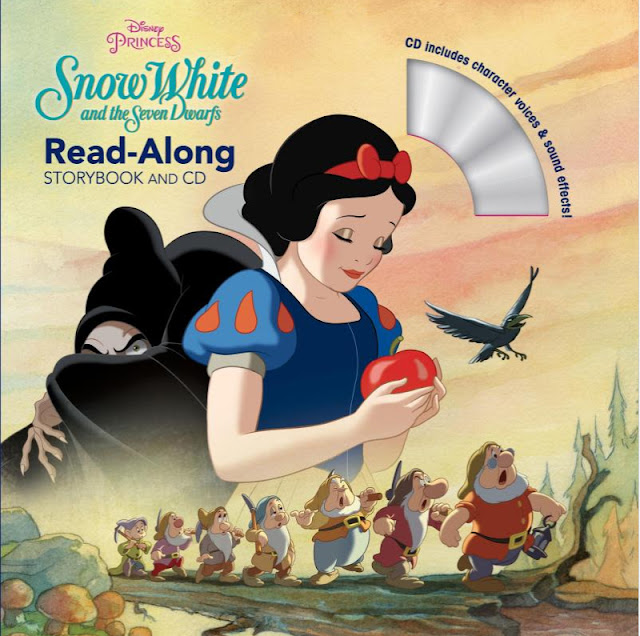 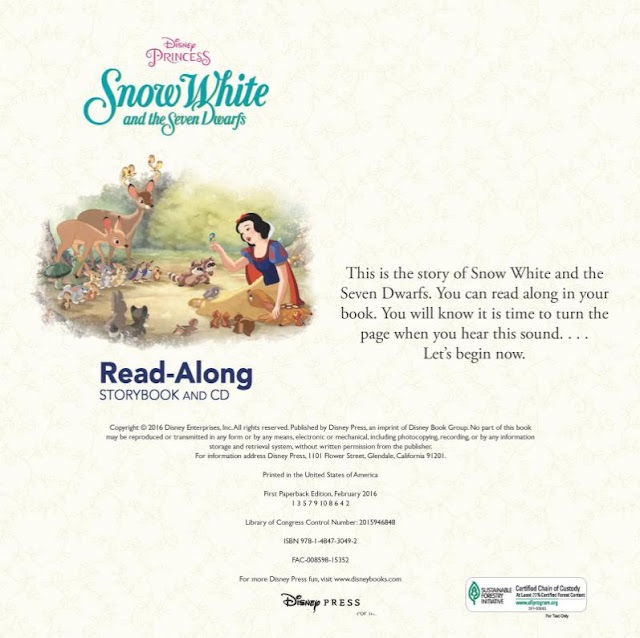 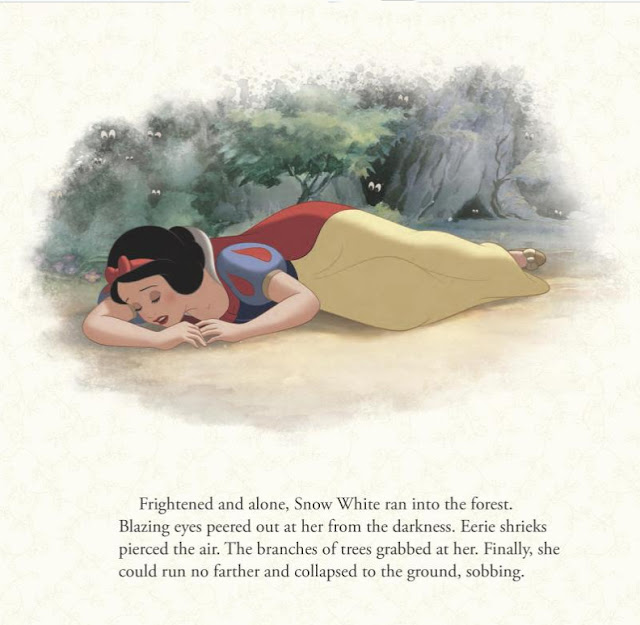 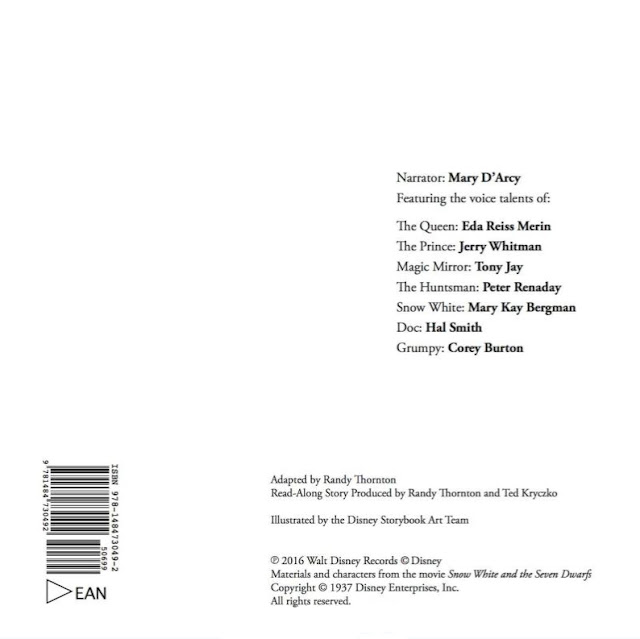