A series of five Disney Princess vending machine gashapon figures were released in Japan by Takara Tomy Arts in the fall of 2014. The collection includes the unpainted figural busts of Aurora, Rapunzel, Belle, Ariel, and Snow White. Measure between 2.5"- 2.75" tall. High-grade PVC plastic. Each sold separately. 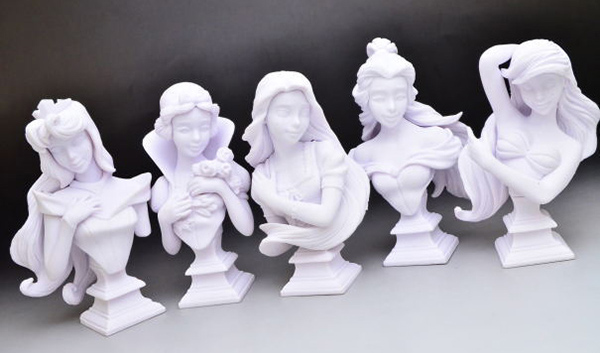 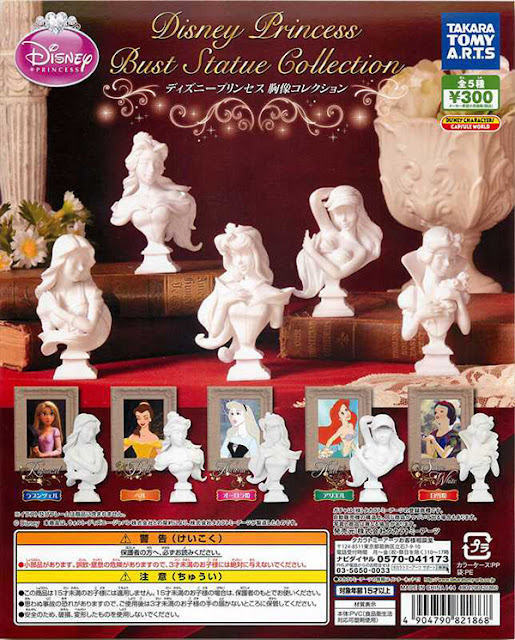 Original packaging. Each figure is made up of two pieces--the bust and the stand. 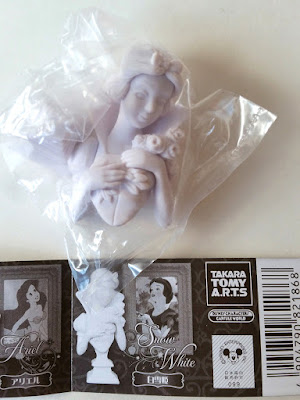 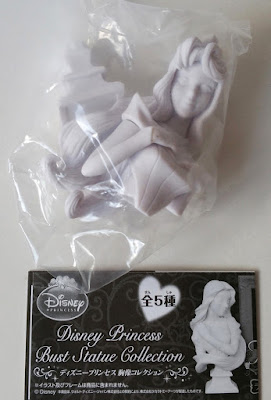 
Video posted by ArtByCRiley.
Posted by Snow White Archive at 12:01 AM