A series of two-color (blue and red) decals were produced featuring Disney characters. Don't know much about these except what we see here. They measure approximately 1.5" x 2.25" and were issued on sheets of backing paper. Each includes the character's name and the "© Walt Disney Productions" imprint. Snow White and the dwarfs were part of the collection, along with Mickey Mouse and probably others. It's possible these were premiums for a product promotion, such as breakfast cereal or bread. Not sure of the date, maybe 1970s. 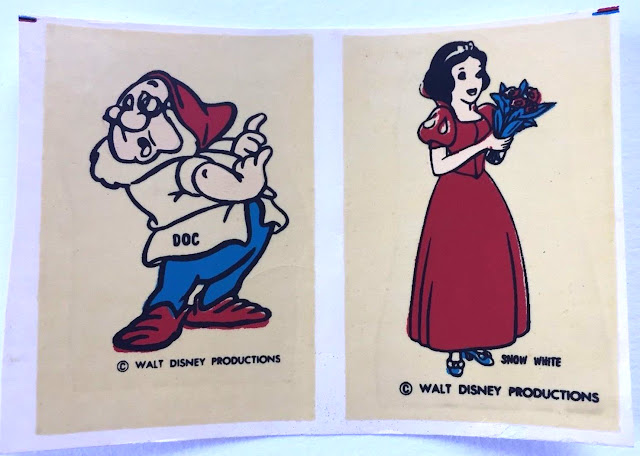 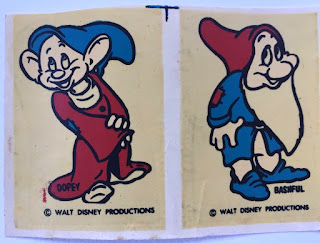 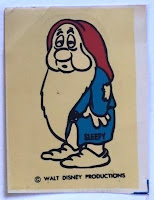 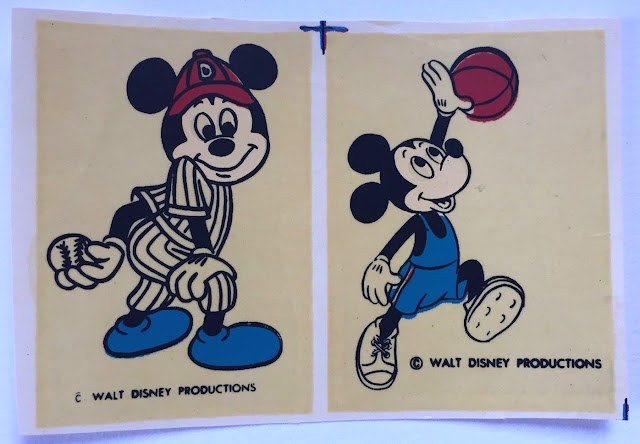 Images via artdiva510.
Posted by Snow White Archive at 9:00 AM