A series of Snow White PVC bust-like figures were produced circa 2007. Manufactured by Square Enix/Formation Arts. Each piece measures about 4.75" to 5" high. Designed and sold in Japan; available in the US and European markets too. A collection of four was released in a boxed set.

The four included "Woodland Friends", "Hi Ho Hi Ho", "Take a Bite and Make a Wish" and "Someday My Prince Will Come". 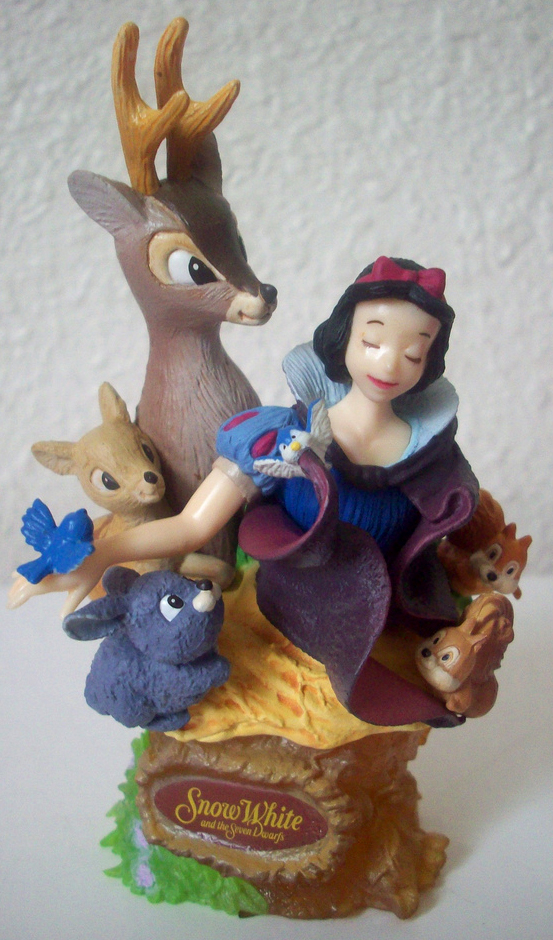 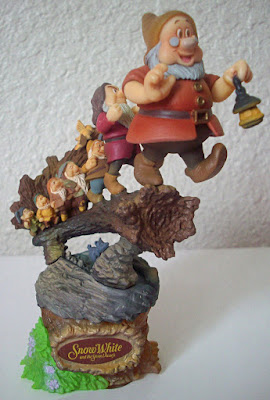 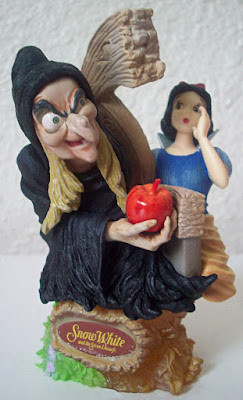 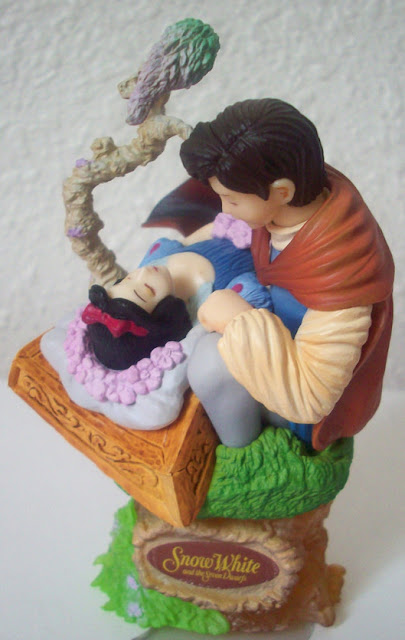 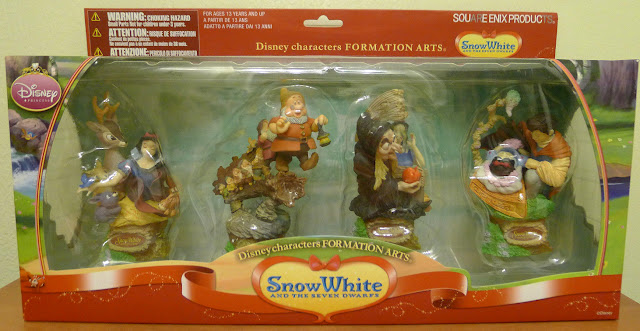 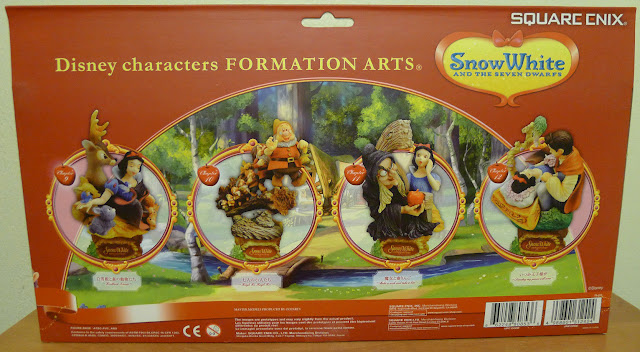 The figures were also meant to be tradable. In Japan, a fifth figure was added to a blind box of six. Buyers wouldn't know which characters they got until opening the package. The fifth piece is the "Happily Ever After" scene. 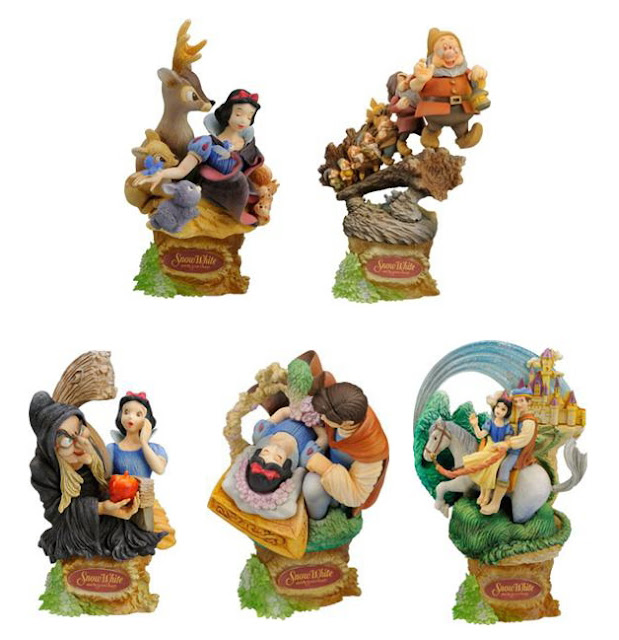