Mel Birnkrant is a toy designer and collector. At his website melbirnkrant.com, he shares his memories from the 1960s when he created a series of zoetropes for Colorforms. They called them Canned Movies. Each round canister measures 5" tall with a diameter of 6". Made of cardboard with tin lid. Wood handle. Includes set of 12 filmstrips (2" x 18"). Snow White and the Seven Dwarfs was part of the series. Original SRP $1.98 each. 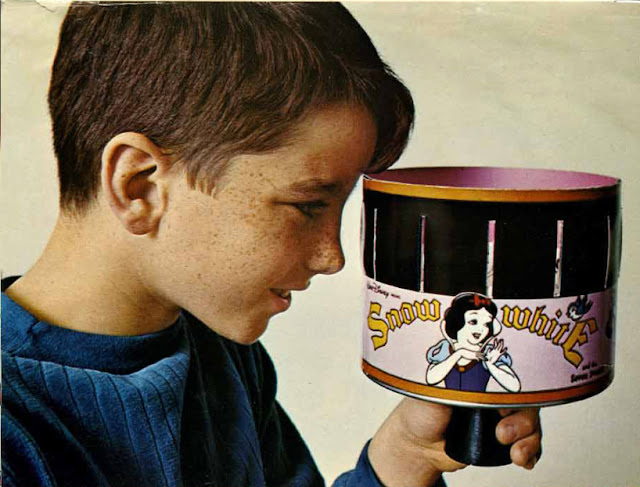 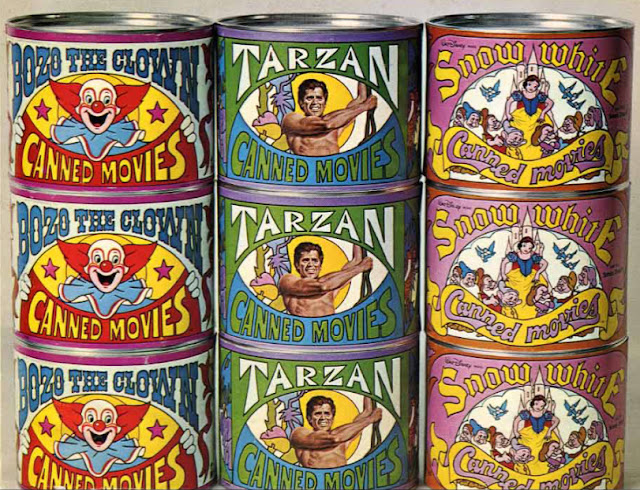 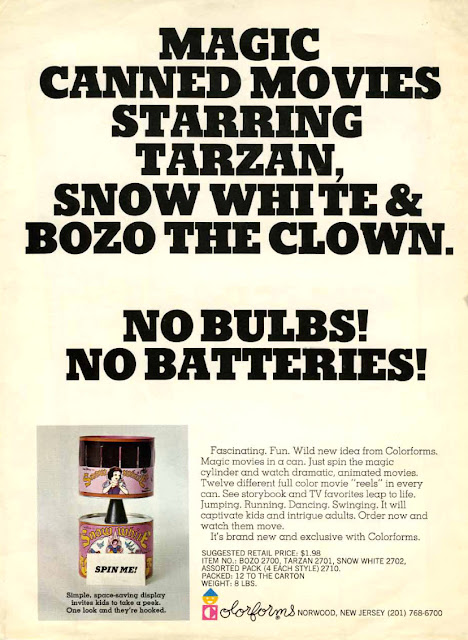 
In order for Mel to accurately reproduce the original likenesses of the characters, the Disney Company actually lent him a 16mm copy of the movie, something that was rather unusual back then. 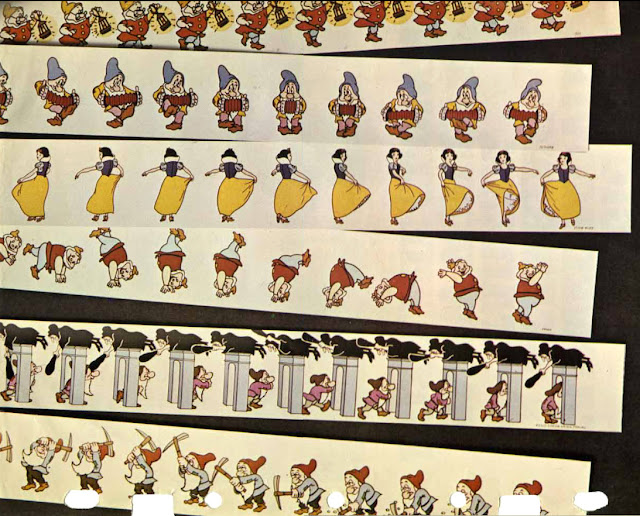 The Snow White zoetrope was listed on page 865 of Hake's Official Price Guide to Disney Collectibles, 2nd edition, 2007. And also on page 6 of the Snow White merchandise supplement to the pressbook for the film's 1967 US theatrical re-release. 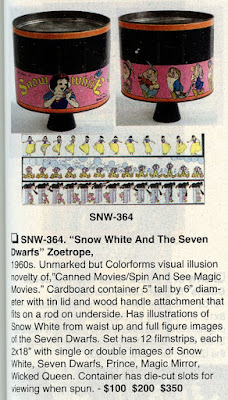 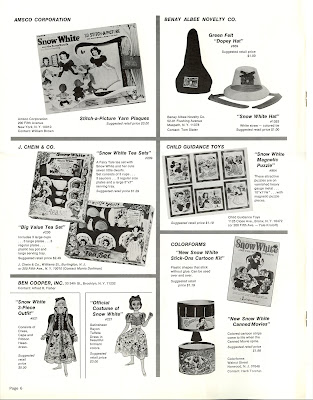