To commemorate the 25th anniversary of Disneyland in 1980, Kraft Foods sponsored the "Family Reunion" promotional campaign. A sweepstakes was held with one first prize of a four-day, three-night vacation to Disneyland, plus $5000. Ten second place winners received a three-day, two-night Disneyland trip and $1000. A $100 check was awarded to 100 third prize winners. And finally, 1000 fourth prize winners got a Kraft cookbook. 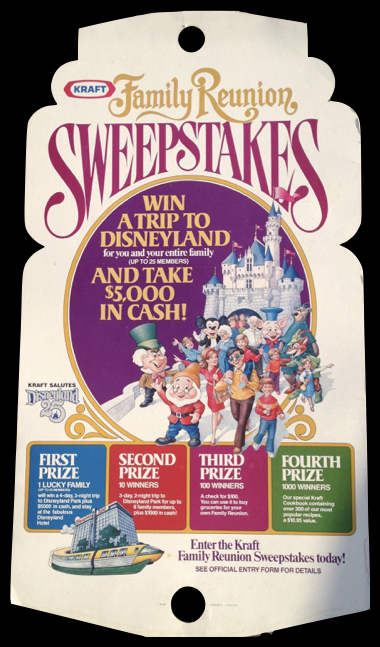 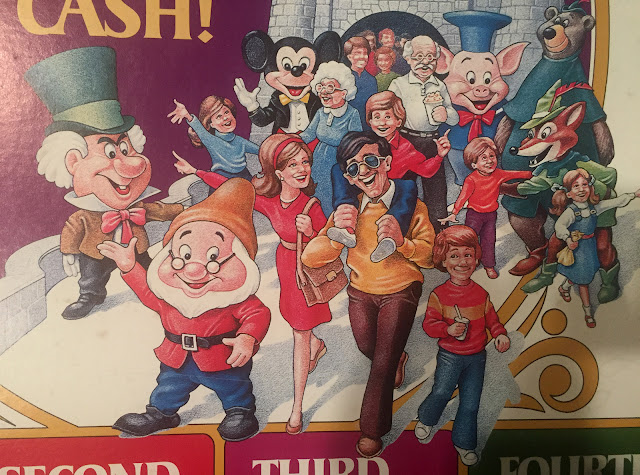 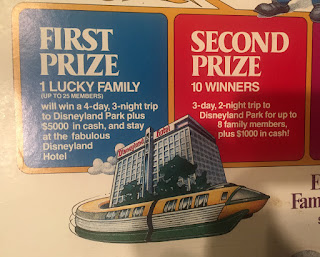 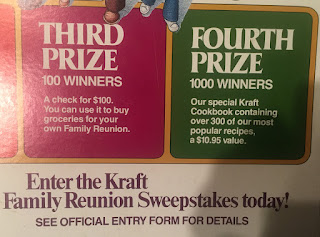 A series of six two-sided posters with an illustrated Disney character scene on one side and a photo of a Kraft family meal on the other. Each is dated 1979 and copyrighted Walt Disney Productions and Kraft. Printed on heavy stock paper. Dimensions: 38" x 25". 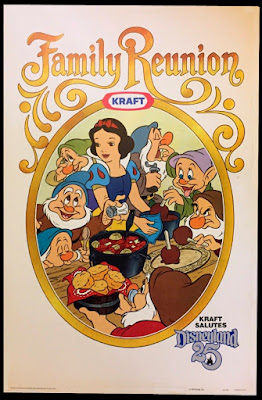 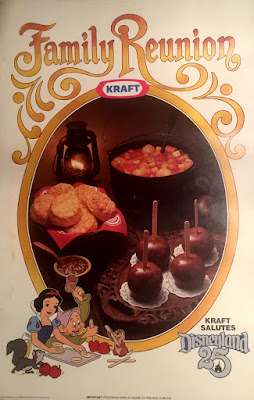 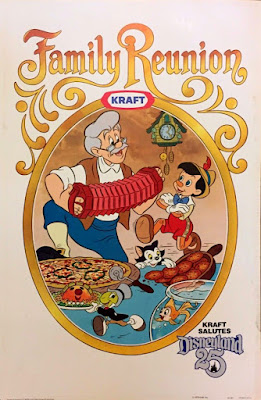 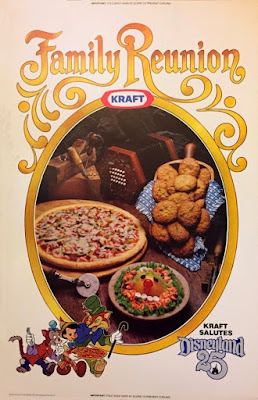 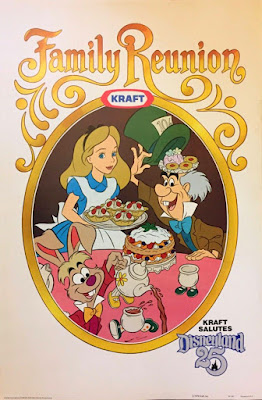 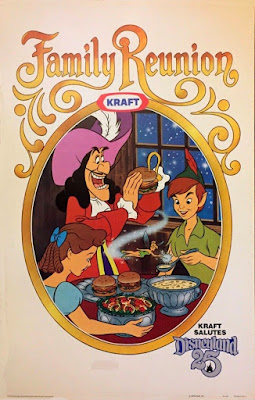 Lady and the Tramp + Robin Hood 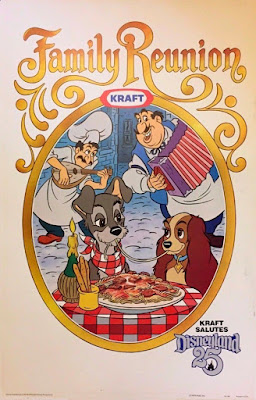 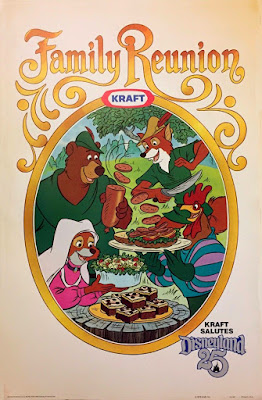 
Filmed throughout Disneyland, this made-for-TV special celebrates the 25th anniversary of the park. We follow the story of a young boy (Adam Rich) on his first ever trip to The Happiest Place on Earth. While there, he encounters many interesting characters (All played by Danny Kaye) who tell him various tidbits on the park's history. Musical numbers by Donny Osmond, Michael Jackson, and Danny Kaye as well as group sing alongs that include many actual Disneyland cast members and guests!