In the January, 8, 1987 cast member newsletter, Disneyland Line, the upcoming 50th anniversary of Snow White was promoted with the original Time Magazine cover of Walt and the Seiberling rubber dwarfs. 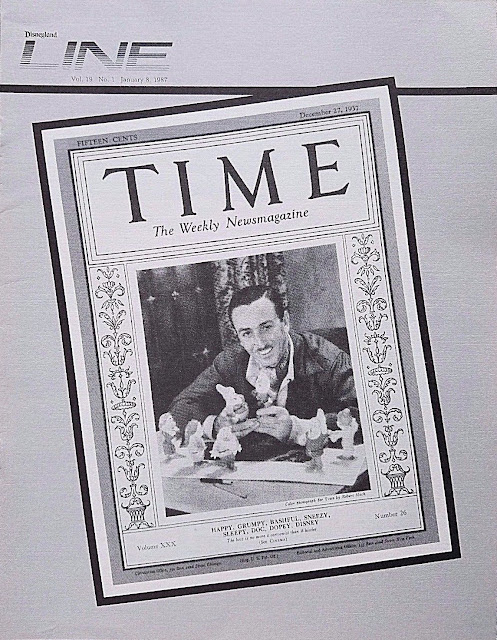 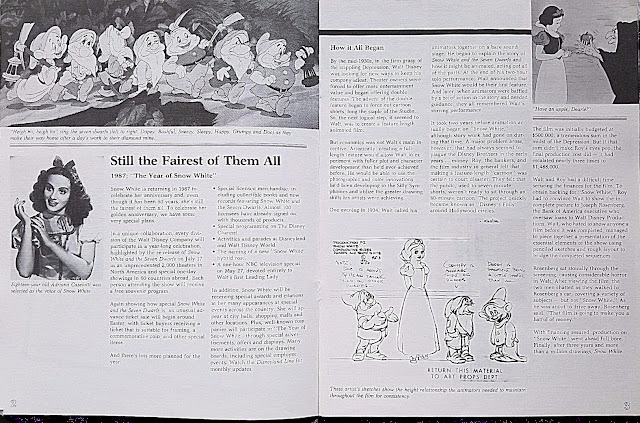 
In the Disneyland Line from July 16th, 1987, we find a short write-up about Snow White's Walk of Fame debut and how it was "the largest turnout for anyone receiving their star." There's also a sidebar on the restoration of the film. [Note: the cancelled stamp from the next day's 50th Anniversary festivities at the park.] 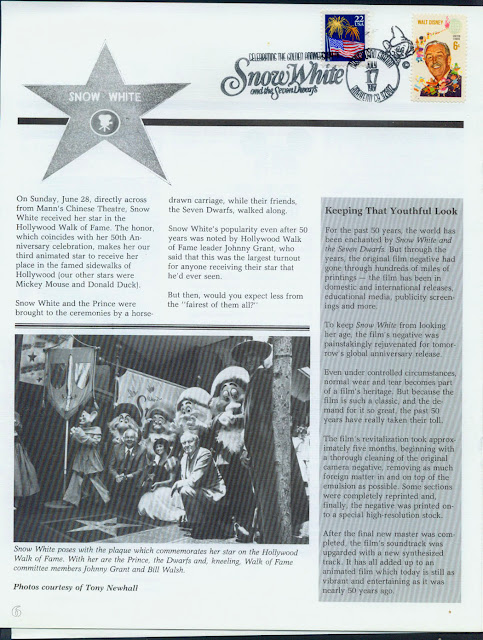